2021 Recap: How many of these stories did you read? 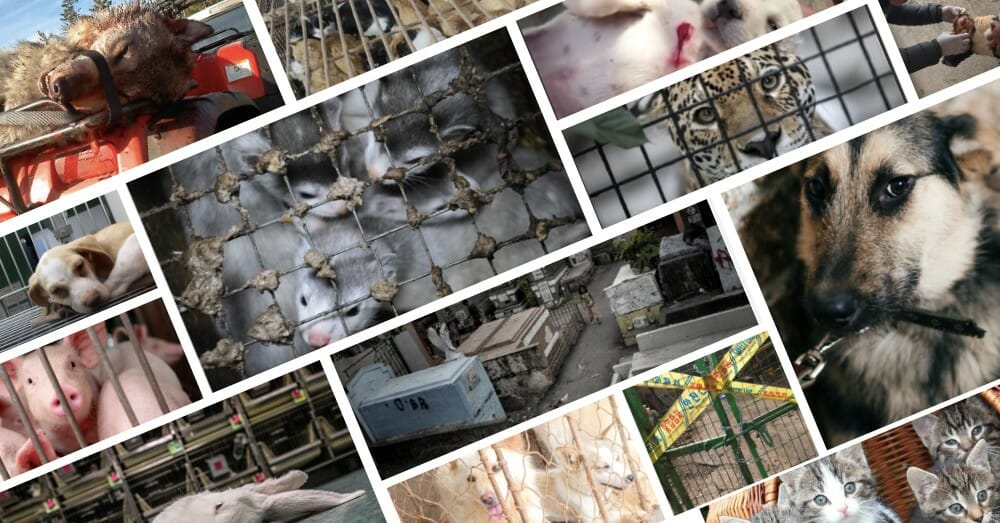 It’s been a jam-packed year at Lady Freethinker of animal rescue grants, investigations, petitions, heartwarming moments, and resources to help you advocate for the animals we love.

In case you missed them (or to see how many you can check off!), here’s a recap of some of our top news and action items from this past year.

We hope that the new year brings love, peace, and happiness to you and your fur families! We will keep working hard for animals in 2022, and we are so grateful for your support!

AWARDEE SPOTLIGHT: LFT GRANT WILL FUND MEDICAL CLINIC TO HELP 100+ STREET DOGS IN NEPAL: When the COVID-19 pandemic hit the already poverty-stricken streets of Nepal, more than 100 stray dogs in the Bhaktapur district faced an even more dire situation. Nonprofit Voice of Animal-Nepal has been feeding, vaccinating, and sterilizing Nepal’s street dogs for years to improve animals’ quality of life and was one of two organizations granted a full award of $10,000 through the first cycle of Lady Freethinker’s Critical Care grant program, a part of the Urgent Need grant program that we rolled out in Winter 2020.

THE GENTLE BARN CO-FOUNDER JAY WEINER EXPLAINS THE HEALING POWER OF LOVE AND KINDNESS: Weiner spoke with Lady Freethinker about joining the animal sanctuary team, what he’s learned from his healing work with rescues and people, and his transition to vegan chefdom and living.

THIS CAT FOSTER MOM BRIGHTENS THE LIVES OF SENIORS WITH ADORABLE KITTEN THERAPY:  Lori Irby discovered how true that statement is when she started bringing kittens into her workplace at a senior living community in Anaheim, Calif. For 45 minutes each week, residents take turns holding tiny foster kittens. For the seniors, tenderly holding and petting a kitten has provided the kind contact known to improve mental health and lessen feelings of loneliness.

LADY FREETHINKER PROJECT SHINES SPOTLIGHT ON PUPS AND PEOPLE LIVING IN PUBLIC CEMETERIES IN THE PHILIPPINES: A partnership between nonprofit Pasay Pups, Environmental Photographer Aaron Gekoski, and Lady Freethinker revealed the extreme poverty and resilience of people and 400-500 cats and dogs living amidst public mausoleums and crypts in the Philippines.

THE STARTLING LINK BETWEEN ANIMAL CRUELTY AND HUMAN ABUSE: Animal cruelty is linked to all forms of human abuse, from domestic violence to sexual assault. Despite clear evidence suggesting the connection between animal abuse and future criminal behavior, authorities have failed to treat cases of animal cruelty with the same severity as violence against humans. They allow murderers to hone their sadism without consequence.

LESSONS FROM COVID-19: SCIENTISTS SHARE 3 ‘TAKEAWAY’ MESSAGES ABOUT ANIMAL TESTING AND HOPES FOR A MORE HUMANE FUTURE: Leading scientists spoke with Lady Freethinker about key takeaway lessons from the COVID-19 pandemic, including that animal tests inherently are cruel, costly, and unsafe and that humanity could be better served by shifting to safer, more humane, and more cost-effective human biology-based methods.

LFT INVESTIGATES: YOUTUBE PROFITS FROM ANIMAL TORTURE: A Lady Freethinker investigation, featured in The Guardian, found that YouTube promotes animal cruelty with shocking frequency on its platform, failing to identify and remove the abusive content.

SIGN: JUSTICE FOR FAMILY CATS STOLEN TO SELL AT ALLEGED MEAT SLAUGHTERHOUSE:  Snatched from a loving family’s Shanghai home, a defenseless cat ended up at an alleged dog and cat meat market, where more than 300 dogs and cats — including stolen family pets still wearing their collars — were crammed into filthy cages while awaiting slaughter

SIGN: END THE NIGHTMARE FOR ANIMALS ON AMERICA’S FACTORY FARMS: Billions of animals suffer nightmarish conditions for their entire short, painful lives at the concentrated animal feeding operations — or CAFOs — that supply more than 85% of the United States’ meat. Mama pigs are kept cruelly confined to gestation crates barely big enough for them to move. Growing calves endure agonizing de-budding, and chickens have their beaks routinely sliced off to prevent them from pecking at each other from the stress. But there is new hope in ending the torture with the Farm System Reform Act.

SIGN: STOP REQUIRING HORRIFYING ANIMAL TESTS FOR FDA DRUG APPROVAL: Helpless puppies are force-fed and injected with toxic chemicals during excruciating tests, where animals are typically gassed, decapitated, shot, or electrocuted after the testing is over. This outdated practice of using animals in research is required for many pharmaceutical products to be approved in the United States. But that could soon change with the Alternatives to Animals for Regulatory Fairness (AARF) bill (H.R. 1905), which would allow companies to get medications and other products passed without animal testing.

SIGN: BAN CRUEL MINK FUR FARMING IN THE US FOR GOOD: In overcrowded and disease-ridden fur farms, helpless newborn mink are jammed into tiny, metal cages and held there until they’re slaughtered at about six months old. Their lives are filled with fear, stress, parasites, and illness. But now, a bill could abolish mink farming and so eliminate a potential source of new COVID-19 variants in these horrifying facilities.

SIGN: RE-LIST GRAY WOLVES UNDER ENDANGERED SPECIES ACT TO PREVENT MASSIVE SLAUGHTER: Wolves are under massive attack in the United States and have suffered devastating losses to their family packs after the government removed their federal protections. Wolves must be re-listed under the Endangered Species Act before any more bloodshed threatens these iconic wild animals.

HOW TO REPORT ABUSE ON SOCIAL MEDIA: Use Lady Freethinker’s easy-to-navigate guide to learn how to report abuse on popular social media platforms, including YouTube, Facebook, and TikTok.