Get Involved & Become an Animal Angel

For a more compassionate world

Lady Freethinker is dedicated to building a more compassionate world through animal rights activism, from ending the dog meat trade to exposing cruelty toward animals in entertainment.

As a far-reaching animal welfare group, we carry out undercover investigations, provide funds for on-the-ground work, and make change through our petitions. We couldn’t accomplish all of this work for animals around the world without your support.

If you’re looking to contribute to an impactful animal welfare charity, we make it easy with an array of opportunities and ways to give. No matter your current situation or preferred giving style, we’re sure to have a method that will be meaningful to you and help animals.

Give the amount you want, whenever you want! One-time donations, whether $1 or $100, are always appreciated and help us carry out our animal rights activism. In addition, there are ways you can make your donations even more meaningful:

When you donate to us online, you’ll see an option to search for your employer (see below) so they can match your donation. It’s an easy way to maximize your gift to our dedicated animal welfare group! If your employer isn’t part of the match program, try talking to them and see if they will become part of it.

In Honor / In Memoriam Donations 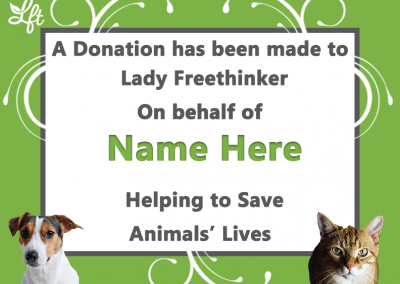 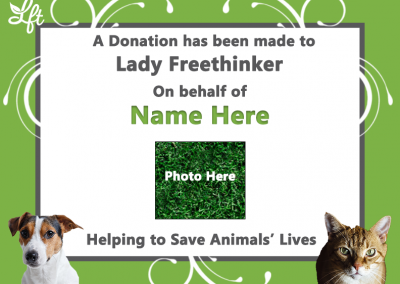 Save Lives as an Animal angel

As an Animal Angel, you are part of a community of dedicated monthly givers. We rely on these donations to keep exposing animal cruelty and funding on-the-ground rescue all year long.

Monthly giving is a convenient, affordable, and efficient way to increase your commitment to animals. You can give any amount—just $10 each month makes a difference in the lives of animals.

Join Now to Save Lives

Become a Part of Something Greater

The Activist’s Circle is a special group of animal rights activists committed to giving at transformative levels for animals. As part of our Activist’s Circle, you are ensuring that our animal welfare group has the ability to fight cruelty to animals around the world. This is the level of giving we rely on to take on the brutal dog and cat meat trade, to work to end the torture on factory farms, to protect wild animals from exploitation in entertainment, and to seek justice for abused animals.

To be part of the Activist’s Circle, members must give at least $500 cumulatively throughout the year. The highest membership level is our Gold Activist, for those who give $5,000 annually to our animal welfare charity.

You can qualify to be part of this critical group of animal rights activists by signing up today, or we’ll tally up your donations at the end of the year and let you know what Activist’s Circle level you’ve achieved. Each level comes with different perks and benefits.

See the Perks and Benefits

Make a Mark With

As part of Lady Freethinker’s Legacy Society, you’ll continue to help animals long into the future. You can name LFT in your will or trust, or as a beneficiary in your retirement account, life insurance, or charitable remainder trust.

This is a great way to give to our animal welfare group—you’ll have the satisfaction now of knowing that you will be making a difference in the lives of animals, but it won’t affect your current financial situation. As a Legacy Society member, you’ll receive in-depth updates about our work, so you’ll have a deep connection to what we’re doing and stay engaged, inspired, and excited about our current work and what your future gift will accomplish. You can also designate that your gift goes toward a specific part of our work, to the issues that mean the most to you.

3 Easy Ways to Save Animals’ Lives

Donating stocks has benefits for you, and for the animals! With stock donations to our animal welfare charity, we’ll know we have financial backing for programs to help animals long-term. It’s likely that your donation of stocks will go further for us than a monetary donation and may have tax advantages for you. Talk to your financial advisor for more information, and contact us at [email protected]

Support animal rights activism by creating your own Facebook fundraiser for Lady Freethinker, asking your Facebook friends to donate in honor of your birthday. It’s an easy and effective way to support us and raise awareness for our work. And what could be a better birthday gift than helping animals? Follow these steps to create a birthday fundraising benefitting Lady Freethinker.

You can donate to Lady Freethinker through your Amazon purchases! Through AmazonSmile, Amazon donates a portion of your purchase total to any charity, including animal welfare charities. It’s completely up to you. Pick LadyFreethinker, and shop through AmazonSmile instead of Amazon. It’s a simple way to support animal rights activism!

Help Us Save Animals’ Lives

Your donation will provide

lifesaving support for animals in need

and help expose cruelty around the world.

We can’t do it without you.

Thank you for your continued support! 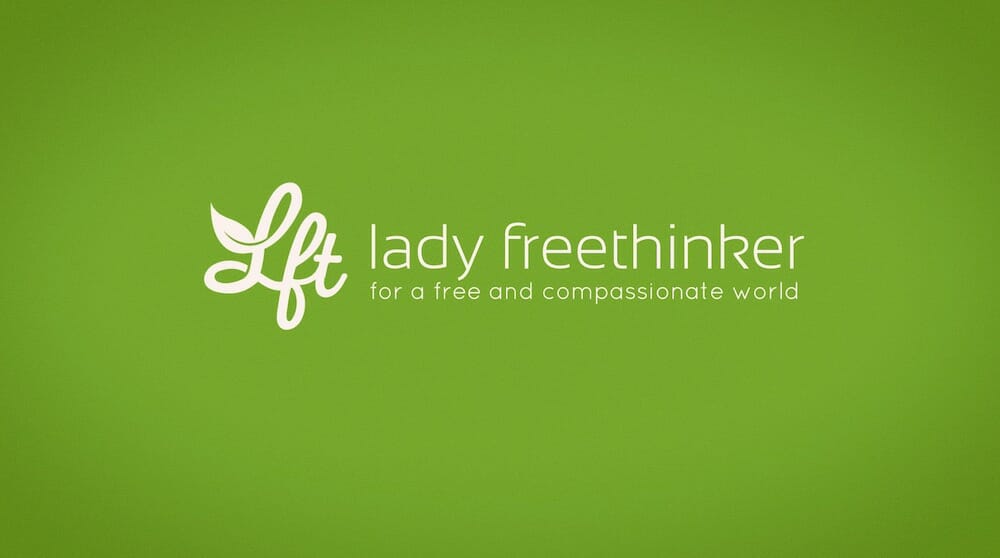