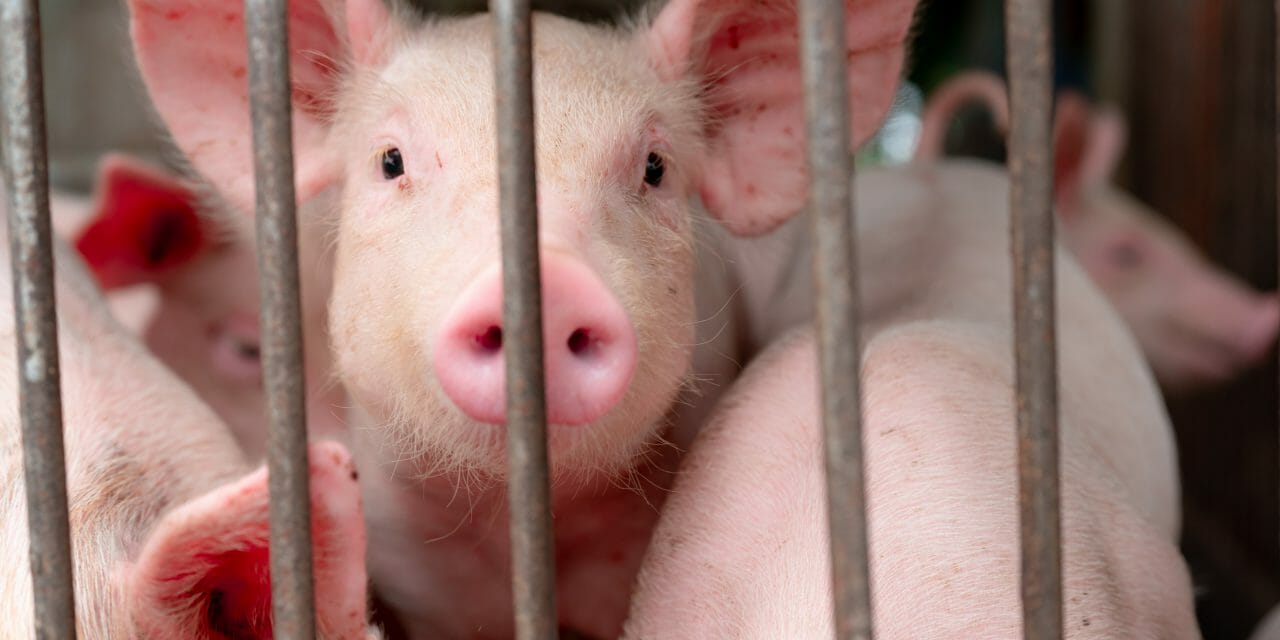 UPDATE (12/15/2021): The bill has been introduced in the Senate as S.2332 — where it currently is in the Committee on Agriculture, Nutrition, and Forestry– and in the House as H.R. 4421, where it is in the subcommittee on Livestock and Foreign Agriculture.

Billions of animals suffer nightmarish conditions for their entire short, painful lives at the concentrated animal feeding operations — or CAFOs — that supply more than 85% of the United States’ meat.

Mama pigs are kept cruelly confined to gestation crates barely big enough for them to move. Growing calves endure agonizing de-budding, mutilations involving red-hot irons seared to their skin. Chickens have their beaks routinely sliced off to prevent them from pecking at each other from the stress.

There is new hope in ending the torture with the Farm System Reform Act— a bill which, if passed, would move us away from a dangerous and broken food system and to a brighter future for us all.

The legislation would prohibit new large CAFOs from sprouting up, and existing ones from expanding or existing after 2040 as “large” CAFOs —  as defined by the number of animals on hand. Corporations also would be held accountable for any environmental and public health harms caused by their operations, including penalties of up to $10,000 per day per violation.

The bill also calls for uplifting small, independent family farmers by offering subsidies to transition to pasture-fed or crop farming and prohibiting use of the “Product of the USA” label for foreign-imported meat products.

Supported by more than 200 organizations encompassing sustainable agriculture, environmental protection, animal welfare, and public health, the Act would be a pivotal starting point for a food system that’s better for animals, people, and the environment.

Beyond the cruelty, CAFOs also create major problems for the environment and the surrounding communities, including contaminated water, pollutant-riddled air, and skyrocketing greenhouse gas emissions.

Sign this petition encouraging our country’s legislators to support this important bill and stop the horrific and unsustainable factory farming in the United States.