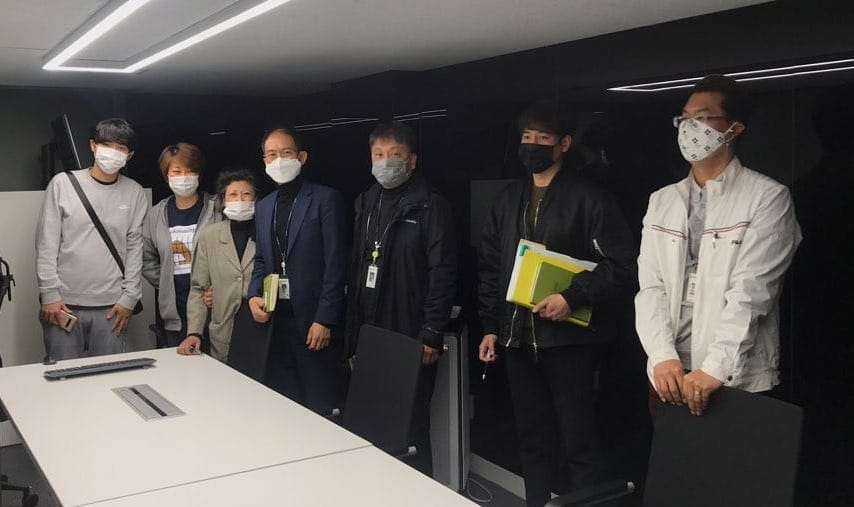 Soon, SKD will hand-deliver LFT’s petition to Mayor Cho Kwang-Han, urging him to help save hundreds of dogs’ lives and shut down this horrible facility.

Nakwon, which advertises itself as a dog breeding facility, is likely the country’s largest remaining dog meat auction house. In August, during the Bok Nal ‘Dog Eating Days,’ an undercover LFT investigator found over 200 dogs in cramped, dirty cages at the facility, which illegally occupies city-owned land, according to Nami.

At the auction house, dogs yelped in terror as the auctioneer prodded them with a metal hook. Most of the dogs sold within hours, as the smaller dogs were purchased for consumption and the larger dogs for breeding the next generation of dog meat trade victims.

South Korea is the only remaining country with large-scale, commercial dog meat farms. As things currently stand, the trade is not explicitly outlawed, but exists in a legal “gray area.”

Most South Korean citizens do not eat dog meat or support the dog meat trade, and many are actively working to end it.

Help stop the cruelty. Sign LFT’s petition, and write to Mayor Cho Kwang-Han’s secretary Won Cheol Sohn ([email protected]) and the Animal Welfare Team Leader at the Agricultural and Livestock Department Byung Joon Kim ([email protected]) to thank them for meeting about such an important issue and encourage them to urge the mayor to shut down the cruel Nakwon dog meat auction house.