The Startling Link Between Animal Cruelty and Human Abuse 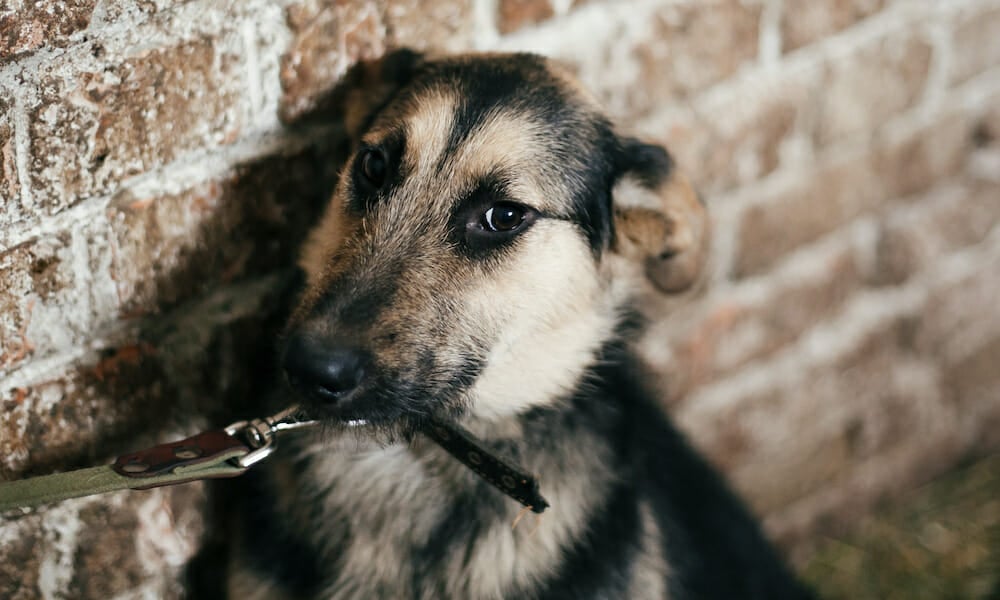 In the early 1970s, notorious serial killer Ted Bundy began a brutal killing spree that likely resulted in the death of more than 100 innocent victims. He admitted to the murder of 36 women.

Similar stories are true of Jeffrey Dahmer, John Wayne Gacy, “The Boston Strangler” Albert DeSalvo, and many others. But the connection between early animal abuse and later human abuse isn’t confined to serial killers.

Animal cruelty is linked to all forms of human abuse, from domestic violence to sexual assault.

Despite clear evidence suggesting the connection between animal abuse and future criminal behavior, authorities have failed to treat cases of animal cruelty with the same severity as violence against humans. They allow murderers like Bundy to hone their sadism without consequence.

Until January 2017, the Federal Bureau of Investigation (FBI) filed animal abuse under the “All Other Offenses” category in their National Incident-Based Reporting System.

But then John Thompson, the current deputy executive director of the National Sheriffs’ Association, stepped in.

Thompson, who has close to four decades of law enforcement experience, didn’t initially recognize that harming animals is a strong indicator of future violent crimes against people – what some call “The Link.”

“I spent 35 years in law enforcement and couldn’t have cared less about animal abuse,” Thompson admitted to The Atlantic. “I was stupid. No one was educated.”

When he did make the connection, Thompson pressured the FBI’s policy advisory board to create a separate category for filing animal abuse, which the agency did.

That decision may save lives.

It’s worth noting that not every person who abuses animals has committed or will commit another crime. But harming people is statistically more likely when animal cruelty is involved. And animal cruelty must be taken seriously. 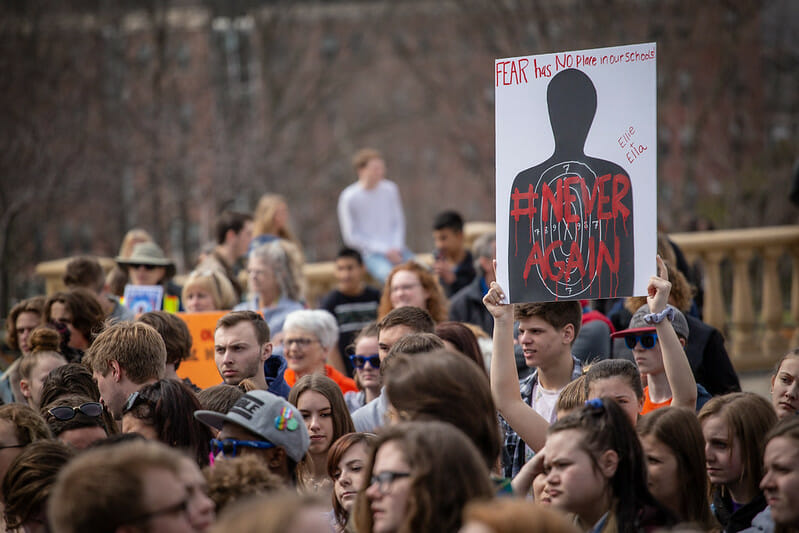 The link between animal torture and the world’s most sadistic serial killers has long been established.

All of these heinous crimes occurred during the killers’ childhoods.

Recent studies also have revealed that many school shooters also abused animals prior to turning their guns on people.

Eric Harris and Dylan Klebold, of the Columbine High School shooting, bragged about mutilating animals to their classmates. Kip Kinkel, before his attack on Thurston High School parents and students, blew up cows and decapitated cats. Luke Woodham , who murdered his mother and two schoolmates at Pearl High School, wrote in his journal about setting his dog Sparkle on fire.

Without severe consequences for animal cruelty, killers will continue to escape the penalty and psychological intervention needed to prevent future crimes. 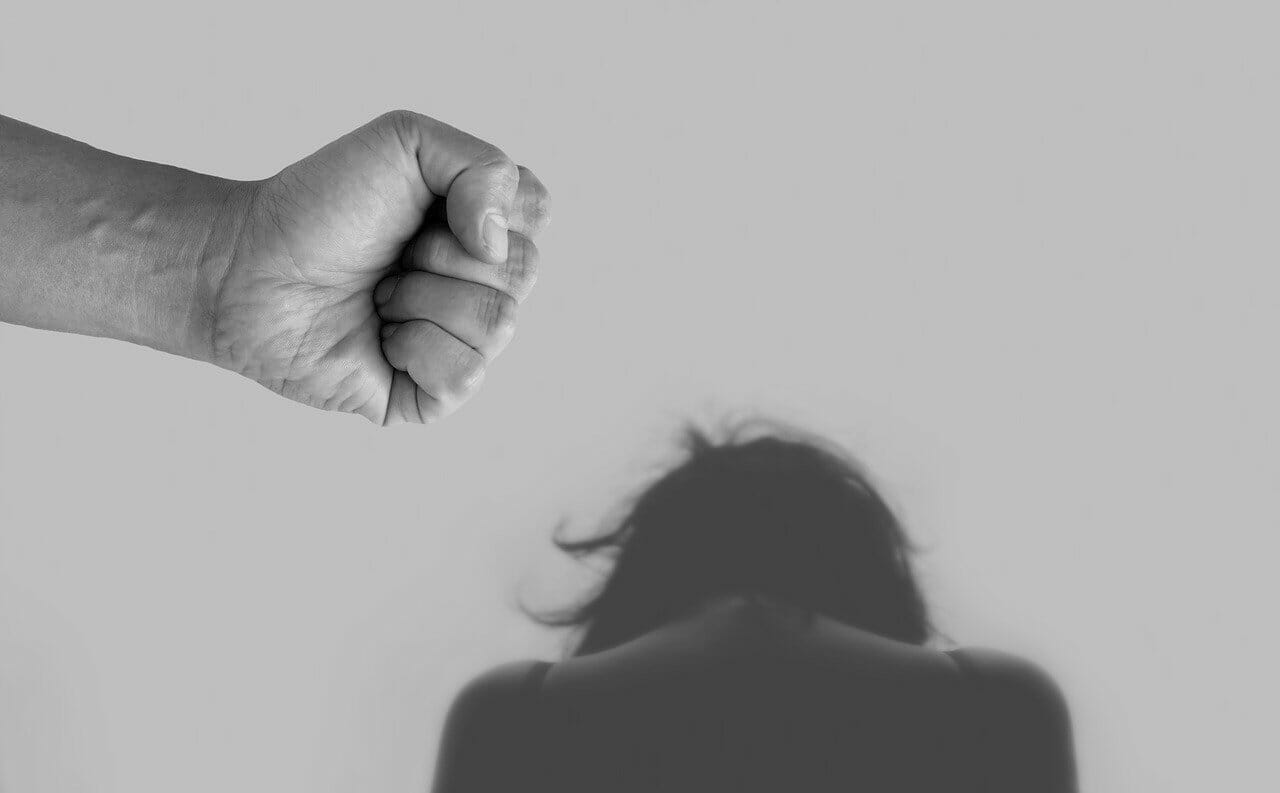 Household pets are often used as a way to control or further harm victims in cases of domestic violence.

Domestic violence survivors have reported in studies that their abusers threatened to kill, torture, or otherwise harm their companion animals — or actually followed through on the threats — to prevent them from leaving their abusive situations.

Abusers also use animal abuse or threats against survivor’s beloved animals to isolate victims and children, to eliminate competition for attention, and to force the family to keep violence a secret, according to an article published via the Animal Legal and Historical Center.

This cruel behavior is commonplace for domestic violence victims, with more than 85% of women entering shelters discussing incidents of pet abuse in their families.

Another study, published in Violence Against Women, found that women in domestic abuse shelters were 10 times more likely to report their partner had hurt or killed their pet, compared to a group of women who had not experienced intimate violence.

The violence toward animals harms more than just the pets; victims of domestic violence also suffer trauma and fear, which makes escaping their abusers. 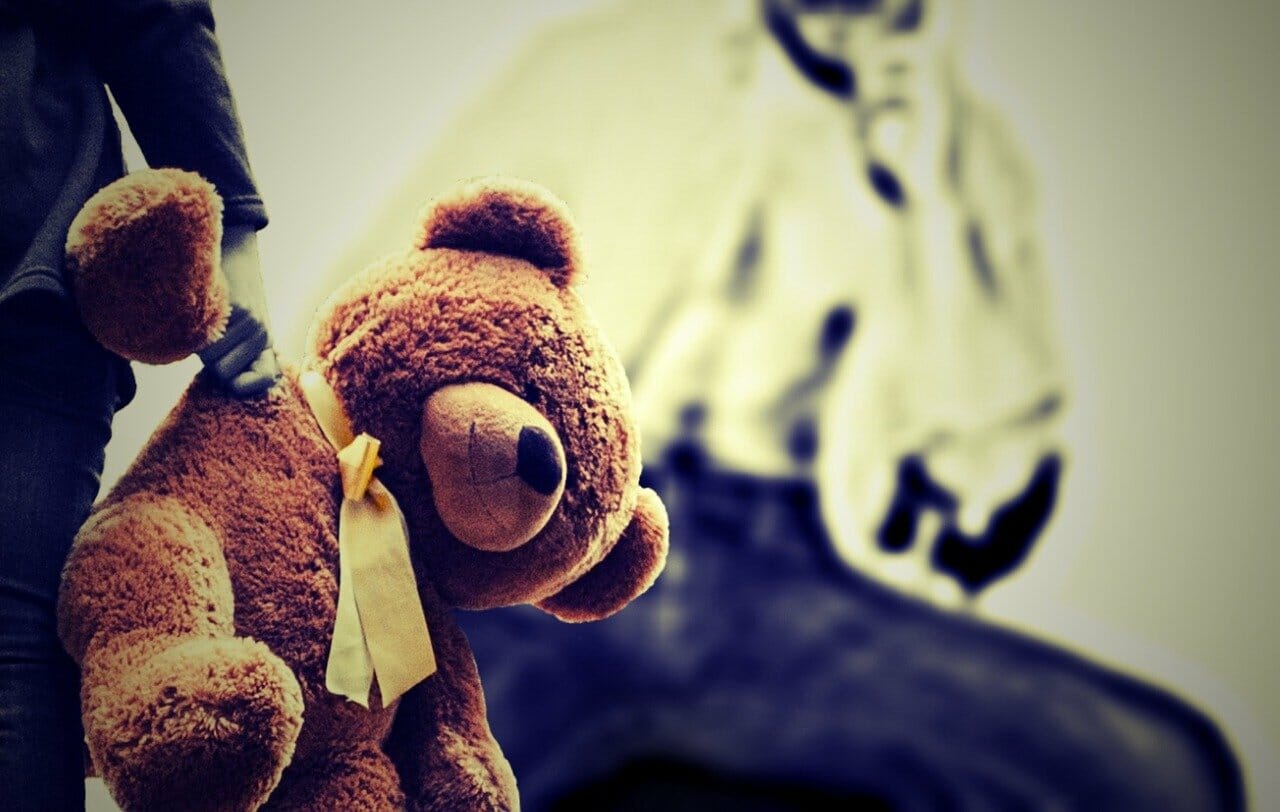 In households prone to family violence, animals are often the first victims of abuse, followed by children, according to Cynthia Hodges.

The statistics supporting a direct link between animal and child abuse are staggering:

But it gets worse: When violence becomes “normal,” some children sometimes push the boundaries of their own desensitization by becoming animal abusers themselves.

More than 30% of pet-owning victims of domestic abuse reported that their children had hurt or killed a pet, according to a survey by the Humane Society of the United States.

Why do children who are abused, or witness abuse, sometimes become abusers themselves?

A report published by the International Journal of Environmental Research and Public Health posits that severe and prolonged trauma, especially when experienced at a young age, can stunt children’s emotional and social development.  Some children therefore become less empathetic toward animals and more likely to copy the abuse they see in their homes.

Randall Lockwood, the American Society for the Prevention of Cruelty to Animals (ASPCA)’s senior vice president for forensic sciences and anti-cruelty projects, also described how witnessing animal abuse can have a severe psychological impact on children.

Lockwood described how children suppress their feelings toward pets as a coping mechanism for the pain they experience when watching persistent animal abuse. This negatively impacts healthy empathetic development. In certain cases, children kill their pets themselves to gain control over the situation and end the animals’ suffering, Lockwood said.

Animal cruelty must be taken more seriously if this vicious cycle of abuse is ever going to end. 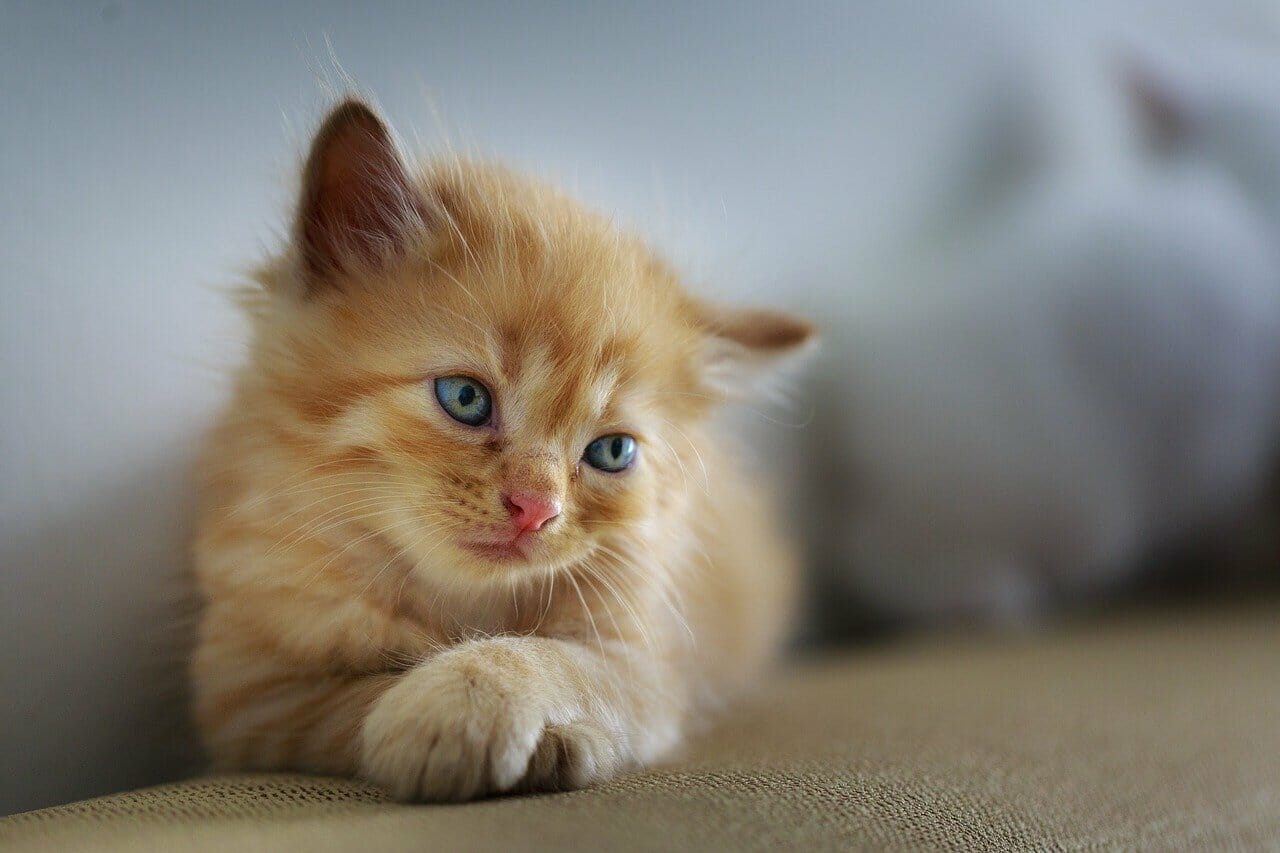 Bestiality is a taboo subject, but the practice exists and is part of the animal cruelty problem.

According to one study, of the juveniles who admitted to sexually abusing animals, 96% also abused humans.

“The results suggest that animal sex offending may be linked to other criminal behavior,” the study concluded.

While reliable scientific data on the prevalence of bestiality is limited, preliminary studies suggest sexual abuse toward animals is a pervasive and underreported issue with infrequent penalties. Complicating the matter is a lack of state and federal legislation prohibiting the inhumane acts.

Engaging in sex with animals is actually legal in four states — Wyoming, Hawaii, New Mexico, and West Virginia — and the District of Columbia. In more than 20 states, bestiality is only a misdemeanor crime.

There are no federal laws against sexual abuse to animals.

The leniency in existing legislation means that people who commit bestiality often go unpunished. Of 456 bestiality-related arrests made over the last 40 years in the United States, less than 40% resulted in prosecution.

The lack of prosecution also means the animal abusers are free to go on to commit crimes against people: More than 50% of animal sex offenders had prior or subsequent criminal records, including human sexual abuse. 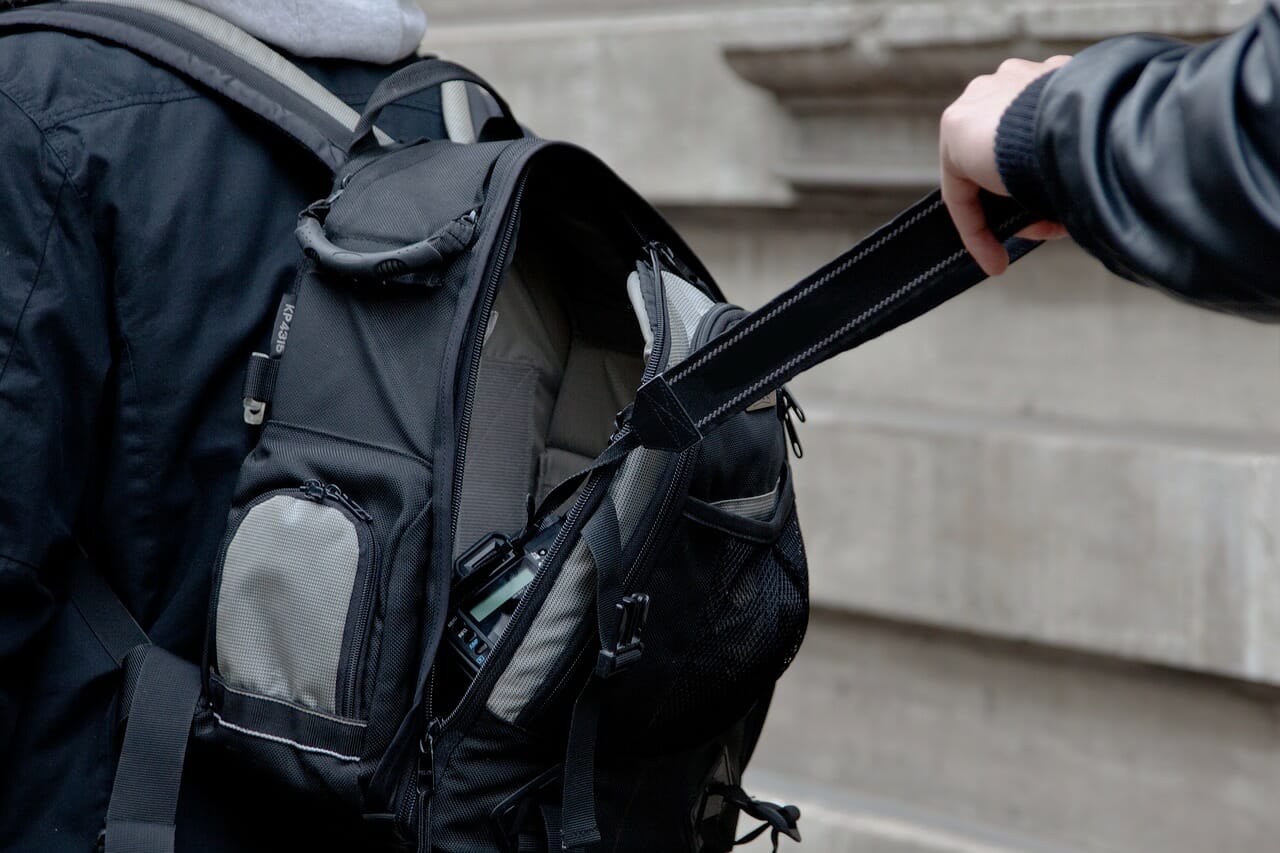 Research also shows a positive correlation between animal abuse and nonviolent crimes, like theft and drug use.

Animal Cruelty Is a Human Problem 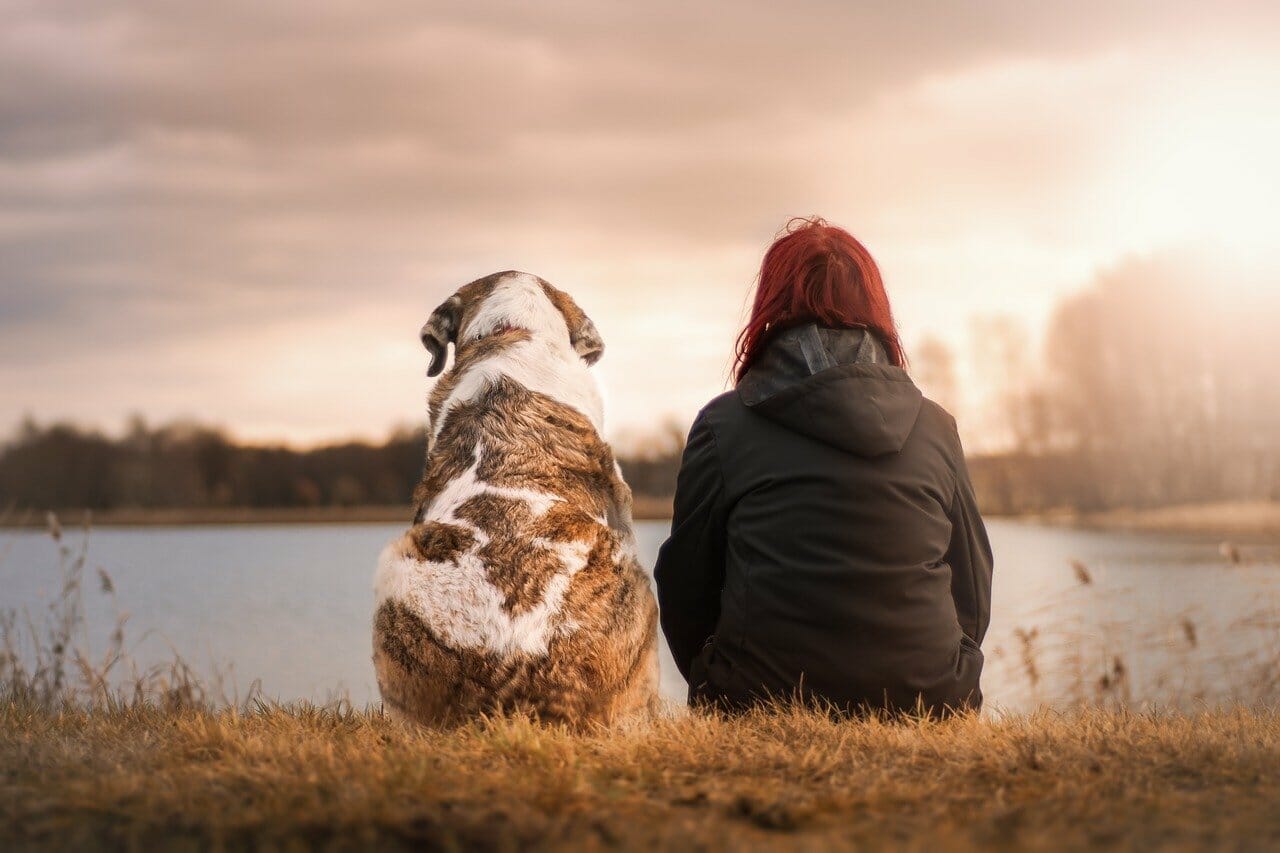 Animal cruelty is a serious offense and is predictive of past and future criminal activity, from violent mass murders to minor drug offenses. In this area — as in many others, ranging from  zoonotic disease to combating climate change — helping animals is helping people.

By taking animal cruelty more seriously, policymakers and law enforcement will save lives. Animal and human victims will be safer. Abusers can receive the psychological intervention necessary to prevent violent crimes in the future. Ultimately, the world will be a more peaceful and compassionate place.