Find out how her past shaped her views today and why she chooses to stand up and fight for all living beings.

Q: How did your previous career as a journalist help your activism today?
Nina Jackel: Working in journalism taught me that the media has the power to influence readers, and ultimately society as a whole. When you use this power for good, amazing things can happen. You can educate millions of people on issues they would have never heard of, and mobilize them to take action. Media coverage, for instance, spurred the widespread global protest of the cruel dog and cat meat trade we’ve seen in the past few years.

Q: You worked at an animal advocacy non-profit. Was that an impetus to start your own?
Nina Jackel: Working as campaign director for an animal advocacy nonprofit helped me realize that I could dedicate my skills and career to helping animals — something I’ve always been passionate about. I learned that animal activism could be more than a hobby, and that I could apply it to everything I do — including my job. I also learned a lot about the magnitude of animal suffering. I learned how little I really knew about what was going on, and that most people know even less. So much cruelty is hidden, and these animals need a voice to speak out for them and let people know what’s happening. And that’s exactly what LFT does — gives a voice to the voiceless.

Q: LFT began as a blog. How did it evolve?
Nina Jackel: Yes, LFT was my personal blog. A philosophy major in college, I’ve always been fascinated by ethics and the idea of evolving into a better society through reason and compassion. Although animal issues were always a main focus of LFT — after all, I stopped eating animals at the age of 12 — I never set out to have an animal rights blog, necessarily. But the more I wrote, the more I realized that this is among the most important social justice issues of our time, and one that seems centuries behind the others, in terms of progress. And I have such tremendous love for animals, I feel very strongly compelled help them. So LFT’s focus narrowed, organically, to animals. 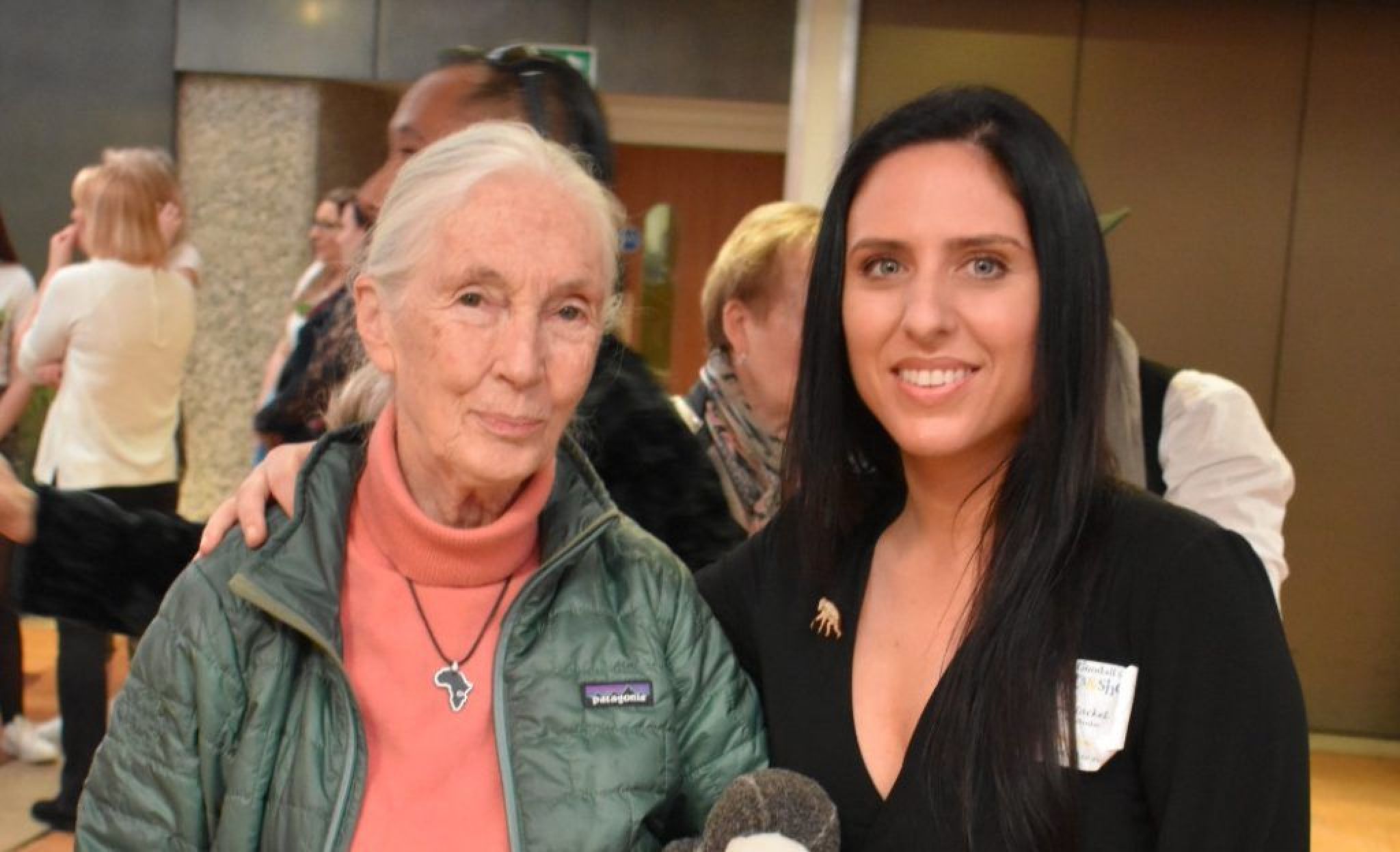 Q: Where does the name come from?
Nina Jackel: “Lady Freethinker” is about thinking outside the norm to evolve into a more compassionate world for animals, people and the planet. So much suffering and abuse comes from habits that are widely accepted — habits we don’t question enough. Like forcing animals into lives of torture on factory farms, or exploiting them for medical testing when better alternatives now exist. Only by thinking freely can we see the traps that perpetuate such cycles of abuse.

Q: What are some of LFT’s proudest moments to date?
I will never forget the feeling of shutting down an entire dogfight breeding operation. Because of our investigation, police raided an illegal breeder near Santiago, Chile, and called in rescue shelters to remove every single dog on the premise. They had been kept on short chains, with no food or water — just empty bowls coated in green slime. To know that we had the ability to save those lives, even from halfway around the world, was exhilarating.
I’m also incredibly proud of our work in the dog and cat meat trade, providing badly needed funds to feed, house and give medical treatment to animals rescued from the most brutal conditions you can imagine. They are sick, injured and terrified when rescuers find them — but then they finally get the love and care they so desperately need. I love helping make their recovery possible.

Q: The evolution of LFT has been quick in such a short time; where do you envision it going over the next few years?
I see LFT doing what we do now, but more of it. More breaking news, more petitions to achieve justice for animals and the planet, and more undercover investigations. And I want to keep helping save as many animals as possible from the horrors of the dog and cat meat trade.

Q: With so many headlines and people wanting us to care about various issues, why should animal rights be a priority?
Nina Jackel: Animal rights are human rights. Animals think, feel and hurt just like we do, and to deny that is simply fooling yourself. Yet billions of animals endure horrendous treatment at human hands, with very little protection from the law. And even if you don’t care about animals, you should certainly care that the worst serial killers, as well as mass shooters, usually start with animal abuse before going on to commit violence against people. That’s why doing something about it benefits all of us.

Q: Is it possible for society to change and evolve on this subject?
Nina Jackel: Not only is it possible, but it’s already happening. Thanks to media and social media exposing the truth about animal abuse, people are starting to do something about it. The plant-based food market is skyrocketing; regions around the world are banning puppy mills and wild animals in entertainment; and one after another, fashion designers are dropping fur. South Korea appears on the brink of banning dog and cat meat, while countries like Thailand already have. Most people do not want to be cruel to animals. And armed with the facts, they take steps to stop animal abuse.

Q: Is there something in particular that you can point to that set you on the path to fighting for the rights of animals?
Nina Jackel: Growing up, I was extremely close to my little dog, Peggy. I remember sitting there just looking at her one day, peering into her eyes and seeing the same life behind them — the same thoughtfulness and sensitivity — that human eyes show. And I remember thinking how my heart would break to see pain in those eyes, and that if I wouldn’t want to bring her pain, how could I want to cause pain to any other animal? I never ate another animal after that moment, and knew that I wanted to change the way the whole world views animals, because I couldn’t bear to see them suffering.