The 11 Most Endangered Animals and How You Can Help Them

Home » Animals » The 11 Most Endangered Animals and How You Can Help ThemBy Katie Valentine | January 6, 2021 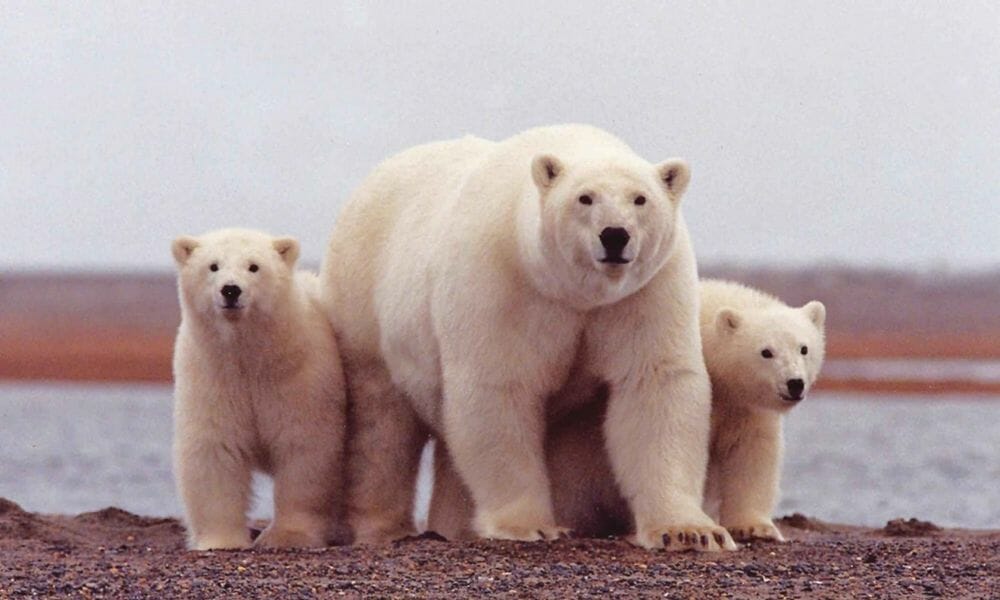 The Earth — and its wildlife — are undergoing a crisis at human hands.

Species are disappearing at such alarming rates that some scientists have dubbed this era the Holocene Extinction – the sixth mass extinction of species the world has seen.

More than 320 species have died out over the past millenium – a devastating rate of more than one species every two years. The International Union for Conservation of Nature’s Red List of Threatened Species also estimates that 32% of the world’s remaining populations — across all species and ecosystems — are dwindling.

Climate change, pollution, poaching, habitat loss from development and deforestation, and other human activities are all factors.

We must do everything in our power to save endangered animals. Without urgent action, these beautiful and diverse species could soon be gone forever- a catastrophic loss that could jeopardize entire ecosystems.

Here are 11 of the most threatened species and how you can help bring them back from the brink of extinction.

As the world’s largest bear species, polar bears spend over half their time hunting. They rely heavily on sea ice to access the high-fat food supply they need to survive. Sea ice also helps them travel, rest, and mate.

Climate change highly threatens polar bears’ survival rate. As global temperatures rise, sea ice is melting for longer periods each year or disappearing altogether, making it increasingly difficult for polar bears to hunt and carry out other life-sustaining tasks. As polar bears are forced onto land, they become undernourished and less capable of feeding their cubs.

Only about 31,000 polar bears remain in the wild. Their survival rate is declining as they struggle against climate change-related stress, growing visibly thinner and sometimes resorting to desperate and tragic extremes, like eating their own cubs.

Scientists predict that polar bears may go extinct by the century’s end if greenhouse gas emissions remain at their current levels, the New York Times reported.

You can help polar bears recover in a number of ways, from supporting environmental charities devoted to polar bear conservation to reducing your carbon footprint.

Sea turtles have existed for more than 100 million years, making them one of the most ancient animals on Earth. These beautiful and incredible animals travel vast distances, stop to nest in dozens of countries, and play a vital role in balancing marine habitats.

Six of seven remaining sea turtle species are classified as endangered or critically endangered. Their long-lived existence is in jeopardy due to poaching, pollution, and habitat destruction, which plunged once-healthy populations to the brink of extinction over the last two centuries. Climate change also harms sea turtles by altering their nesting environments.

Reducing plastic pollution — one of the biggest threats sea turtles face — is one major way to help them recover. Help protect sea turtles by signing LFT’s petition, which supports a proposed law that will regulate plastic waste management in California.

SIGN: Save Sea Turtles from Choking to Death on Single-Use Plastics

Asian elephants are highly intelligent animals that engage in complex social behaviors, including mourning their dead.

Habitat loss and conflicts with humans who have encroached on elephant’s territory have slashed populations of these gentle giants by half or more in just three generations, according to the World Wildlife Fund.

Poaching also threatens elephants, whose ivory is in high demand in the illegal wildlife trade. The tourism and logging industries also snatch Asian elephants from the wild for entertainment or labor.

Help elephants by signing LFT’s petition urging the Canadian Senate to pass a trailblazing bill to end cruel elephant and great ape captivity throughout the country.

Tigers are Asia’s largest big cats. These solitary hunters live in temperate and tropical forests throughout parts of Asia and the Russian Far East.

But tigers are conspicuously absent from around 96% of their historic range, with an estimated 3,900 left among the surviving wild population, compared to more than 100,000 just a century ago.

Poaching, habitat loss, and retaliatory killings from people have brought these majestic felines closer to extinction than all other big cats. Due to these human threats, more tigers live in captivity in the United States than exist in the wild worldwide.

You can help protect tigers by refusing to support businesses that profit from their captivity and by signing petitions like the one below, which urges lawmakers and authorities to ban tiger captivity and entertainment.

Rhinoceroses were once abundant throughout Europe, Asia, and Africa. But only an estimated 27,000 rhinos exist today — most of which are living in protected territories.

The Black, Javan, and Sumatran rhino species are critically endangered, and the Northern White Rhino is functionally extinct, with just two females remaining in the wild. While some species are making a promising comeback from their lowest numbers, rhinos exist at a fraction of the six-figure population that roamed the Earth a century ago.

Whales play a vital role in marine ecosystems throughout the world’s oceans, naturally combatting climate change by removing carbon from the atmosphere.

Despite decades’ worth of efforts to protect these magnificent animals — including a worldwide whale-hunting ban that was implemented in 1982 — at least six out of 13 great whale species are endangered or vulnerable.

Commercial whale hunting continues today in Norway, Iceland, and Japan. The fishing and shipping industries also threaten whales, which are often caught as bycatch, hit by vessels, or driven out of their habitat.

Whales also are endangered by traffickers who snatch them from the wild and sell them to aquariums or theme parks.

Chimpanzees no longer exist in four countries where they once lived, and their populations are rapidly declining worldwide.

In recent years, a demand for bushmeat in Central and West Africa has commercialized chimpanzee poaching among wealthy residents. Meanwhile, human encroachment into chimp territory has left the monkeys more susceptible to disease and decimation through habitat loss.

Authorities in Cameroon recently halted plans to allow logging in the country’s Ebo Forest, where the most endangered chimpanzee subspecies lives. Add your name to the fight to make this decision permanent by signing Lady Freethinker’s petition urging officials to classify the forest as a national park.

The vaquita is a critically endangered porpoise found only in the Gulf of California near Mexico, with only ten or fewer left in the wild. Researchers predict that they soon will go extinct without critical and immediate intervention.

Illegal gillnet fishing is largely to blame for vaquitas’ dwindling numbers, causing the vast majority of deaths in recent decades. Mexico outlawed the practice in 2017, but the government is not enforcing the law. Conservationists are campaigning fervently to protect the species and have even sued the U.S. government in hopes of pressuring authorities to ban all fish and wildlife imports from Mexico.

Drastic and urgent action against gillnet fishing is needed to save the world’s smallest cetacean from the brink of extinction.

Leopards are the most widespread and adaptable of all big cats. But they too are threatened — with some populations throughout North Africa, Russia, and the Middle East, such as the Amur leopard, classified as critically endangered.

Leopards are heavily hunted for their skins, teeth, and claws, which are used in some countries as traditional medicine. These big cats also compete with hunters for prey. In some regions, conflicts with humans lead to violence against leopards, who are seen as pests.

Sharks are some of the world’s most ancient animals, and as top predators, they are very important to marine food chains. But overfishing has put many shark species, including whale sharks and hammerhead sharks, in danger of extinction.

There are an estimated 80,000 adult school sharks left worldwide due largely to the cruel shark fin trade and the repercussions of pollution and climate change. While shark finning is illegal in some places, including in U.S. waters, fins are in ever-present demand as a luxury food item, and as many as 73 million sharks are killed in the industry annually.

Penguins are unique among birds as flightless, skilled swimmers who use their wings to propel through sub-zero waters faster than many humans can run.

There are between 17 and 19 penguin species throughout the Southern Hemisphere, and at least 10 of them are endangered. Climate change is melting the sea ice that penguins rely on to access food. Antarctic species, such as the Adelie and emperor penguins, have been especially hard-hit. Experts predict that 50 to 75 percent of the two species could decline or disappear entirely within 40 years if global temperatures continue to rise.

Urgent climate action is needed to protect the most threatened penguin species. For years, conservationists have petitioned for the emperor penguin to be protected under the Endangered Species Act, which would make the U.S. government more likely to take action against climate change.

Lady Freethinker is dedicated to protecting endangered animals. By making your voice heard through our petitions, you are speaking up for animals who urgently need help and reminding lawmakers and other authorities that the world is watching and waiting for them to take action.

You can also support the fight to save vulnerable species by donating to Lady Freethinker, choosing our organization on Amazon Smile, or running a fundraiser on Facebook. When it comes to advocating for animals, no gesture is too small, and we sincerely thank you for your contribution.