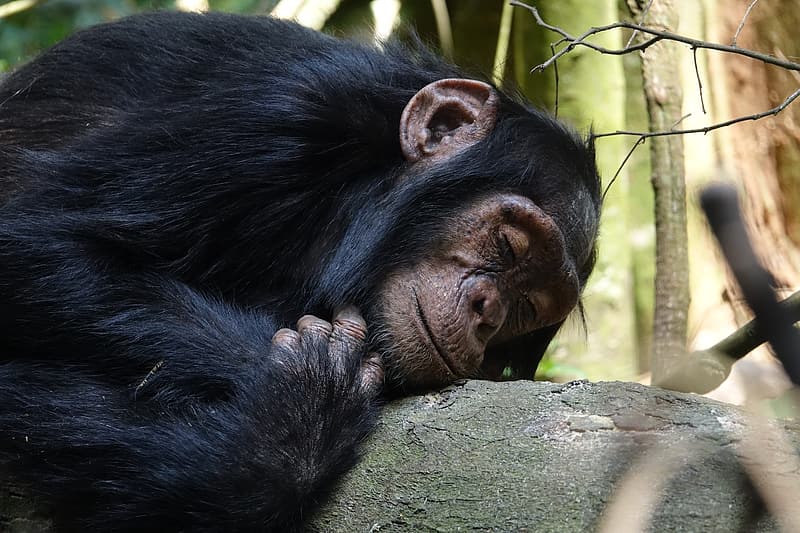 UPDATE (2/15/2022): On Aug. 11, 2020, the Cameron government announced a decision to cancel the logging concessions! You can read our update story here.  Thank you to the more than 28,300 people who signed our petition and raised their voices for these innocent animals and their habitat! —Lady Freethinker Staff

Critically endangered gorillas and chimpanzees will lose their homes and their lives in the name of profit following Cameroon’s shocking decision to allow logging in nearly half of the country’s pristine Ebo Forest, according to Bloomberg.

Although all species of chimpanzee are threatened, the tool-using Nigeria-Cameroon subspecies is the most endangered, and approximately 700 of these vulnerable primates reside in the Ebo Forest. Now their future is being destroyed.

In 2006, the forest was designated a proposed National Park, but the Cameroon Government never formalized the decree and has now declared the area a Forest Management Unit, refusing to honor the previous decision.

The 141,706-hectares of pristine forest, which is also home to elephants and gray parrots and holds an estimated 35 million tons of carbon, will be turned into two logging concessions. The local population, who claim ancestral ownership of the land, have described the move as a land grab.

Disregarding the destruction of wildlife and biodiversity and the wishes of the local people and environmentalists, Cameroon’s Minister of Forestry and Wildlife, Jules Doret Ndongo, asserts that the country has “enough” protected areas. “The United Nations obliges countries to keep at least 12% of their national territory as protected areas,” he said in an interview. “Cameroon is already at 30%.”

We must speak out to save the endangered wildlife in the Ebo Forest and ensure the area’s conservation for future generations.

Sign this petition urging officials to stop loggers from demolishing the habitat of at-risk primates and make the Ebo Forest a national park, instead.