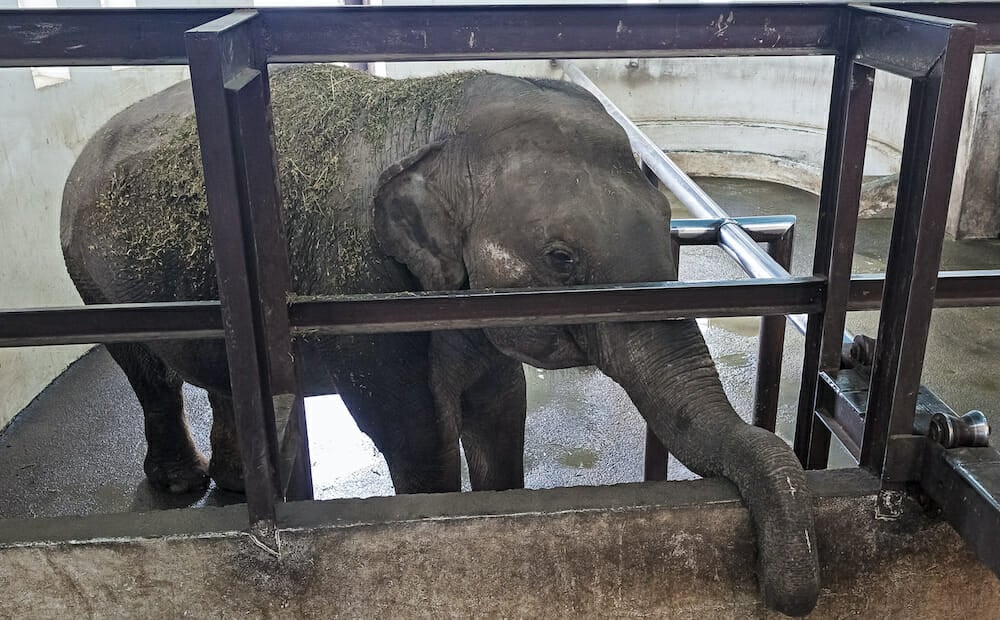 When allowed out of their prison-like enclosures, these gentle giants are forced to perform for spectators or give exhausting rides to tourists on heavy wooden or metal structures all day long, prodded with sharp bullhooks if they aren’t compliant.

Canada’s elephants could soon be free from this life of cruelty. If passed, a new animal welfare law would effectively ban elephant captivity and implement other protections for wild animals in the country.

The Jane Goodall Act — named after the world-famous primatologist who is backing the bill — prohibits using elephants and great apes for entertainment and bans zoos from acquiring these mammals unless it’s for conservation, reported the CBC.

Elephants and great apes are especially impacted by the negative consequences of captivity.

Elephants form intricate social networks and live in herd units with up to 25 members. Herd aggregations of 1,000 elephants have been seen in the wild, according to The Independent. Zoos are simply not big enough for these large social networks to form. And according to a study in Applied Animal Behavior Science, elephants showed increased stereotypic behaviors — such as weaving and pacing — when separated from other elephants or kept indoors.

Great apes are also highly social and intelligent animals. Zoo environments do not provide them with naturally complex and unpredictable daily interactions. Enclosures are too predictable and easy, and great apes quickly become bored. This leads to obesity and other preventable illnesses, according to the University of Birmingham’s School of Biosciences.

The bill would also ban the import of ivory and elephant trophies, reported HuffPost.

Add your voice to make sure this important bill passes.

Sign this petition urging the Senate of Canada to pass the Jane Goodall Act to ban abusive elephant captivity throughout the country.