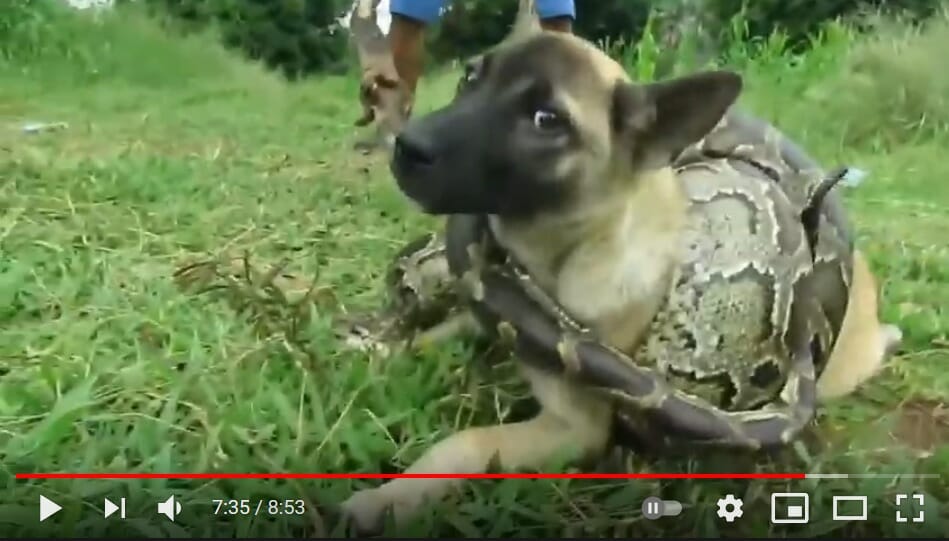 People who abuse animals on video for “likes” and profit are going unpunished, and the platforms that promote those videos are largely ignoring the issues, a new report from the Social Media Animal Cruelty Coalition (SMACC), a part of Asia for Animals, found.

SMACC defines animal cruelty as a range of human behaviors, performed intentionally or unintentionally, that cause animals harm or suffering which may be immediate or long-term, physical, emotional, or psychological.  Following intensive research, the coalition reported that much of the cruelty found in videos posted online is both intentional and extreme.

“It is truly a horror show,” the coalition’s authors wrote. “Everything from drownings to purposely broken limbs, mothers being killed and their babies taken to animals pitted against one another in staged fights (to) owners purposely teasing, punishing or even torturing the animals in their care.”​​

The coalition, which formed in 2020, reports that innocent animals have increasingly been brutally victimized by the rise in popularity of online platforms, and internet users scrambling for clicks, popularity, and advertising dollars.

“Platforms like YouTube, Facebook, and TikTok have a duty to crack down on animal cruelty content and a crucial opportunity to contribute to realizing a world in which animals are seen as the intelligent, social beings that they are,” Jackel said. “We demand that these media giants act quickly. Every minute we waste is another minute an animal suffers.”

But to date, the coalition’s members have had a tough time connecting with the platforms’ leadership to get flagged animal cruelty content removed.

Researchers then checked in on the status of the videos more than a week later, on Aug. 17, and found that only two videos had been removed, and an additional six labeled with warnings for graphic content.

That meant that 51 of the reported videos remained online, with no visible repercussions for their creators. Those videos included fake “rescues,” hunting and killing of protected wildlife, dogs physically being threatened, and monkeys fed and bathed in alcohol, according to the SMACC report.

Nedim Buyukmihci, professor emeritus of Veterinary Medicine and co-founder of Action for Primates, said he’s been shocked by the acts of cruelty — especially as inflicted on non-human primates — being filmed and broadcast with impunity on the social media channels.

“Deliberately and gratuitously causing pain, fear and distress to these animals is morally reprehensible,” Buyukmihci said. “No video-sharing platform should tolerate animal cruelty for any reason. By permitting such content on their platforms, these companies are not only promoting animal cruelty and abuse, they are effectively encouraging its continuation by not blocking perpetrators and reporting them to the relevant authorities for investigation.”

Cracking down on online crime is challenging for a number of reasons, including videos’ global distribution and that abusing animals or watching animal abuse is not illegal in some areas of the world where the videos are filmed, said David Thomas, of the UK law firm Advocates for Animals.

SMACC’s report identified that most of the videos logged were made in Indonesia, followed by within the United States, Asia, Australia, and Europe.

Thomas said that social media platforms are quick to place the responsibility for the content elsewhere, but added that existing and emerging laws can provide a critical counter.

“Social media companies are keen to argue that they are mere platforms and are not responsible for content, although this principle is under attack in some places including, importantly, the United States,” Thomas said.

Gretchen Peters, the founder of the Alliance to Counter Crime Online (ACCO), told the SMACC Coalition that social media platforms’ shifting of the responsibility means they often do “the bare minimum.”

“In our experience, social media platforms will claim they want to remove animal abuse and wildlife crime content from their platforms – and will tell us they really care about the problem – but then will do the bare minimum,” Peters said. “It’s our conclusion after years of engaging tech firms that they know this subject is a can of worms, and they don’t want to look too closely, because addressing this problem adequately will create a huge amount of work and cost.”

SMACC is asking YouTube, Facebook, TikTok, and other social media platforms to work with experts to clearly define animal cruelty, improve ways for users to report abusive content, create and enforce policies that do not allow the sharing of cruelty content, and to develop robust monitoring systems to identify and remove such content without reliance of viewer reporting.

Meanwhile, the coalition will continue to flag abusive content and fight for animals needlessly and cruelly suffering — and dying.

“Cruelty content is hurtling out of control as social media platforms allow egregious abuse of animals to be normalised in the eyes of the general public,” said Jill Robinson, founder and CEO of Animals Asia Foundation. “Platforms such as Facebook, YouTube and TikTok have a moral responsibility of care to promote kindness content and end suffering in whatever form it takes.”

5 Things You Can Do To Help