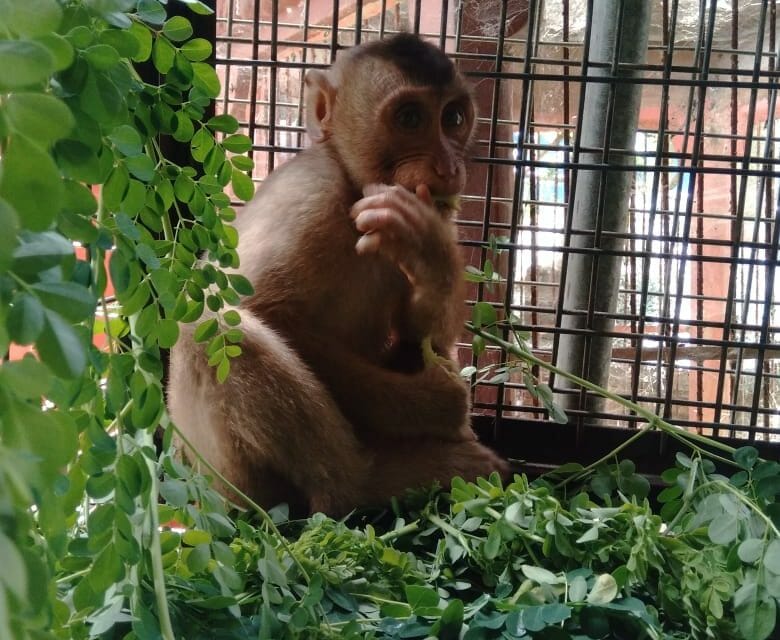 An Indonesian YouTuber who repeatedly tortured at least three captive, caged macaque monkeys for page views and profit has been convicted of animal cruelty by authorities, according to nonprofit Action for Primates.

Rian Mardiansyah received a sentence of 15 days imprisonment and a fine of 402,000 rupiahs — about $28 USD — for hosting the cruel and controversial channel Abang Satwa, on which he regularly brutalized the three highly-intelligent monkeys and then solicited donations through his PayPal account.

Although Mardiansyah set off firecrackers near the terrified animals, sprayed them with jets of water, rubbed chilli and glue into their food, and encouraged them to fight each other for treats, YouTube left the channel alone.

A representative also told Lady Freethinker that the channel’s content did not meet criteria for immediate removal or removal through its “three-strikes” policy for content that violates its community standards, despite numerous flags from numerous people over time.

But authorities in Indonesia — a country known for its slow and lax response to cases of animal cruelty — took swift action in this case, swooping into Mardiansyah’s residence, confiscating the three monkeys, and ordering him to delete at least 100 videos.

They acted on complaints submitted to Jakarta’s Governor by the nonprofit groups Jakarta Animal Aid Network (JAAN) — which is rehabilitating the rescued monkeys — and Action for Primates, organizations which had reported the cruelty on the channel without a response from Youtube.

Action for Primates applauded the conviction on its Facebook page.

“We hope that this conviction will send an important message and help to deter other people from mistreating non-human primates and other animals,” the group posted. “The conviction and confiscation also demonstrates the importance of writing letters and sending E-mail to those in authority who have the ability to make change.”

Lady Freethinker applauds the decisive action in this instance of horrendous cruelty, as well as the committed on-the-ground efforts of the nonprofits involved.

But this case highlights that animals suffering on YouTube continues, with little accountability from the platform for animal abusers.

We are committed to continuing the fight, along with our partners in the Social Media Animal Cruelty Coalition, to secure justice for these innocent animals and accountability from YouTube.