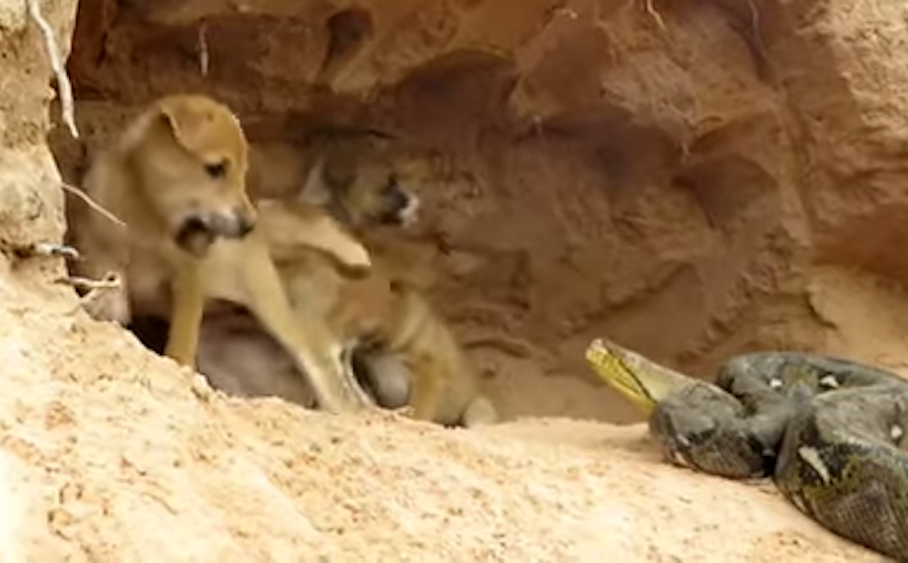 In a major win for animals, YouTube has announced plans to ban all fake animal “rescue” videos from its platform, following a Lady Freethinker (LFT) investigation and months-long campaign that exposed the extent of the disturbing trend.

Thank you to the more than 46,000 supporters who signed LFT’s petition to end animal cruelty on YouTube. Your voices were heard!

LFT’s investigation in 2020 exposed horrifying videos where YouTubers placed innocent puppies and kittens near snakes only to “rescue” them moments later.  The investigation identified at least 17 such falsified rescue videos across six YouTube channels with more than 41.7 million views over a period of months.

Our campaign was covered by global media including The Guardian, The Sun, and Insider.

We have since advocated relentlessly for the removal of the videos, accountability for the animal abusers, and justice for the animals. LFT Founder Nina Jackel said the ban — announced by Google on March 25 — is long overdue.

“We are very glad that YouTube will no longer allow these grossly inhumane videos on its platform,” Nina said. “We urge YouTube to share publicly the details of its new policy and its timing for implementation. If this policy is robustly implemented and enforced, this will be a true victory for animals and for the many activists and investigators who have exposed the truth about these cruel and dangerous videos.”

Google said its policy development team started a deep dive into animal abuse policies after noting a surge in the popularity of fake “rescue” videos and had been working for “a while” to create policies that would be robust and enforceable.

Colin Goulding, the company’s head of trust and safety, told Lady Freethinker in an emailed statement that the move is consistent with the company’s crackdown on abusive content.

“Our team responds quickly to emerging trends and we are constantly evaluating whether policies need to be further defined,” Goulding said. “YouTube has always had robust policies in place around animal abuse and harmful content that violates these policies is removed immediately.”

Unfortunately, this has not been LFT’s experience so far. Reported animal abuse content has remained online, in violation of YouTube’s community standards, while repeated requests for a phone meeting to discuss concerns have gone unanswered.

Since the original investigation, LFT has discovered dozens more channels with fake “rescue” videos, with hundreds of videos and millions of views. The videos are filmed cinematically, with perfect cutscenes and timing to make the content creators appear as “heroes” — whereas in reality, the fake “rescuers” are needlessly terrorizing animals to gain views, subscribers, and revenue.

LFT applauds the new announcement, but our work is far from over. We will continue the call for accountability for animal abusers who post cruelty on YouTube and justice for their victims.

To join the fight: