Three Monkeys Rescued From YouTuber Who Brutally Tortured Them For Profit 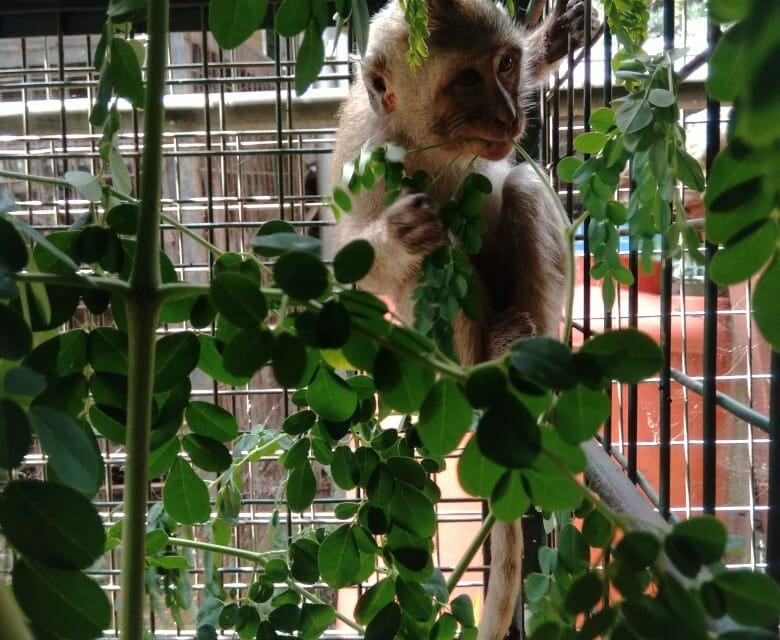 Update: As of Feb. 5, the Abang Satwa channel was offline.  “We assume that the person has done that himself, as there is no notification from YouTube to say that the channel has been terminated,” Action for Primates noted.

Indonesian authorities recently confiscated three macaque monkeys, who were kept chained in tiny cages and routinely tortured for YouTube videos, and handed them over to a wildlife nonprofit for rehabilitation.

Boris and the tiny Mona, long-tailed macaques, and Boim, a southern pigtailed macaque, lived in constant terror and endured brutal trauma at the hands of their “caretaker,” identified by authorities as Rian Mardiansyah.

Mardiansyah set off firecrackers near the animals, sprayed them with jets of water, rubbed chilli and glue into their food, and encouraged them to fight each other for treats. He then posted the videos to YouTube and solicited donations through his PayPal account.

Indonesian authorities arrived at Mardiansyah’s house in Jagakarsa, in Southern Jarkarta, after a foreigner lodged a complaint about the abuse with Jakarta’s governor on behalf of the nonprofit Action for Primates and their veterinarian advisor, Dr. Nedim Buyukmihci.

They confiscated the three monkeys, told Mardiansyah not to repeat his actions, and made him delete 100 of his animal cruelty videos from YouTube.

The three monkeys, who are clearly traumatized, are now on the long road to rehabilitation at a sanctuary run by the animal nonprofit Jakarta Animal Aid Network (JAAN).

Sarah Kite, the co-founder of the nonprofit Action for Primates, applauded the actions of the Indonesian authorities and governor.

“Basically, these monkeys were being tortured, and footage of that torture and their suffering was filmed and broadcast on YouTube,” Kite said. “Such behavior should not be tolerated, and we are very encouraged that the Indonesian authorities responded in the way they did.”

Meanwhile, the cruel channel remains active on Youtube, despite numerous reports to the Google-owned platform that the content violates YouTube’s animal abuse and community standards.

“The supporting comments posted by viewers, with suggestions for further cruel things that could be done to the monkeys, was particularly disturbing,” Kite said.

A Google spokesperson told Lady Freethinker that content had been removed from the site for violating its standards, but the site was allowed to remain online since it had not received three “strikes” per the company’s policy.

During quarantine, new arrivals undergo blood tests for parasites and diseases like tuberculosis and also receive veterinary checkups. The quarantine period allows monkeys to acclimate to their new surroundings, while also giving staff a chance to learn about the monkeys’ personalities and needs.

“We clearly see they were teased and mistreated in a strange way,” Den Haas said.  “Mona is the smallest and most scared of the three monkeys… [she] tries to hide when we approach her cage. Boris is shy too and so is Boim, but Mona really is the most scared.”

Macaque monkeys become more aggressive and quick-tempered as they mature. Den Haas noted that older monkeys at the sanctuary often show an initial fear of humans from having been hurt or teased by their caretakers. But infant and young monkeys formerly kept as pets and familiarized with people don’t initially show that fear, she added.

The fact that the young Boris, Boim, and Mona are actively trying to avoid contact with people shows the depths of their trauma, she said.

Once they receive clean bills of health, the three monkeys will move to JAAN’s rehabilitation center in the mountain area in west Java, which has six socialization cages and enclosures for monkeys already living in family groups.

During the lengthy socialization process, staff monitor how the monkeys do when introduced to others. They allow them to form family groups of about 20 members. Then, it’s time for release.

JAAN has an existing agreement with the government to release rescued monkeys into a safe, forested habitat where people are not allowed to enter.  Staff first house the monkeys in a cage to allow them to get used to their surroundings. They provide food and water and monitor the monkeys for a month prior to their release.

Staff also recheck the location after the release to ensure the animals are doing okay.

“Releasing the monkeys takes time,” Den Haas said. “These monkeys have been so abused. They need to gain back their confidence. We need to help them gain that confidence back and leave their trauma and bad past behind.” 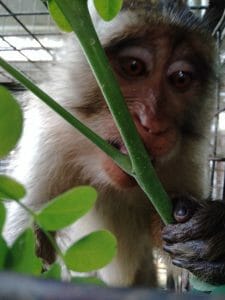 Highly intelligent macaques, a vulnerable species that nevertheless remain unprotected by Indonesia’s laws, are captured from the wild as infants and sold online or in-person in the exotic animal pet trade.

They’re also forced to don costumes, ride motorbikes, walk on stilts, or perform other street-performer stunts to make money for their caretakers, many of whom keep the animals chained in tiny, dirty cages during their off-hours.

Indonesia’s Criminal Code dictates that animal abuse that ends in the death of an animal is subject to a fine of 300 Indonesian rupiahs (IDR) — the equivalent of $0.02 US.

The fact that Indonesian authorities confiscated the monkeys, and local news reported that Mardiansyah could face fines of between 100,000 and 20 million IDR  ($7.15 to $1,428 in U.S. dollars), shows just how horrific the torture of these monkeys was.

But Kite added that there’s hope for change.

“Despite all this, there has been growing awareness in Indonesia and public outrage when a monkey cruelty incident is made public,” she said. 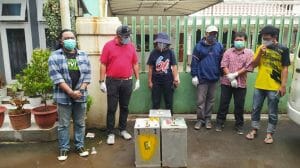 Anger and International Outcry at Animal Abuse on YouTube

Kite said the Abang Satwa YouTube channel came to the nonprofit’s attention about a year ago, when it was called “Monkey Raging.”

“We were appalled by what we saw,” she said. “The channel regularly posted videos in which the person tormented and abused captive monkeys he kept imprisoned at home on chains in small cages, while asking people to send donations via PayPal.”

The nonprofit, along with JAAN and the Asia for Animals Coalition, sent letters to the South Jakarta Police and to YouTube.

When the nonprofits didn’t receive a response, they took their case — and a letter about the cruelty from their veterinary advisor — directly to the governor of Jakarta and Jakarta’s public order agency, the Satpol PP.

Authorities cited the veterinarian’s letter in their documents for the seizure, which shows the importance of sending letters, signing petitions, and reaching out to authorities, Kite said.

But Youtube hasn’t taken the channel down. They also haven’t responded to Action for Primates’ repeated reports about animal cruelty videos shared on their platform.

“Americans need to know that Google and YouTube are insincere when they claim that they have community standards which include a lack of tolerance for animal abuse,” Kite said. “People need to inundate them with complaints, urging them to at the very least enforce their policy. Perhaps if enough people complain, Google might take action.”

“We have a clear three-strikes policy and channels are terminated once they receive 3 strikes in 90 days,” the company said. “This channel has not received three strikes, so it is still live. Should they continue to upload content that violates our policies, they risk temporary suspension and eventually permanent termination.”

The day after authorities seized the traumatized monkeys, Mardiansyah posted a “farewell” video, saying he had voluntarily surrendered the animals. 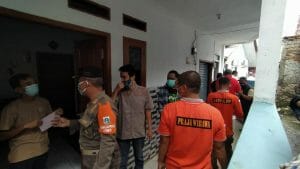 4 Ways You Can Help Stop Animal Torture on Social Media