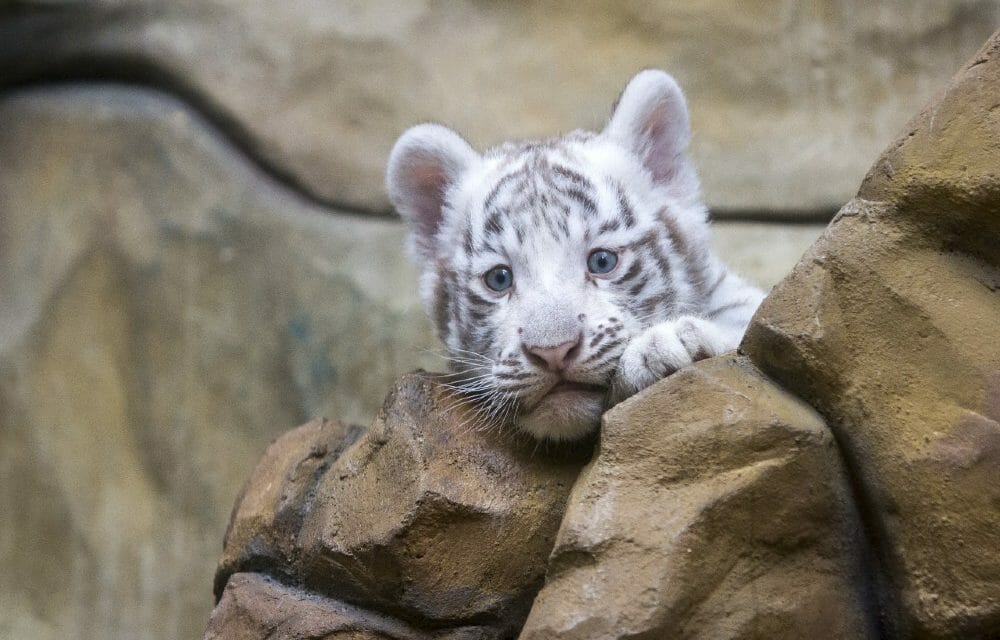 Tiger cubs are some of the cutest newborn exotic animals you could ever hope to find.

Their allure is why some people are willing to spend up to $500 to pet one or have an up-close-and-personal “special” encounter with one – often without any knowledge of the inherent cruelty taking place behind the scenes at the roadside attractions that profit from the encounters, said Alicia Prygoski, the senior legislative affairs manager for the nonprofit Animal Legal Defense Fund (ALDF).

“People go to cub petting facilities or roadside zoos and they pay to pet, to take pictures with, to play with and bottle feed big cat cubs, and they pay a lot of money for this,” Prygoski said during an hour-long ADLF webinar. “Then they get their pictures, they leave the facilities, most of the time completely unaware of what’s going on behind the scenes or what happens to the cubs after they have left the facility and posted their pictures to Instagram.”

The reality is often “a cycle of cruelty from birth to death,” said Brittany Peet, the PETA Foundation’s deputy general counsel for Captive Animal Law Enforcement and  also a featured webinar speaker.

Here are five things you need to know about the common, exploitative circumstances that too many cute big cat cubs find themselves in – and why you should absolutely speak up on their behalf. 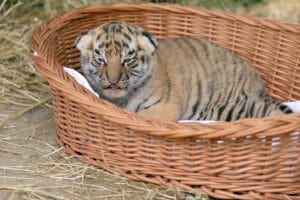 Dade City’s Wild Things, a Florida-based attraction, permanently closed amid a legal battle after footage surfaced of poor and inhumane conditions, including staff pulling baby white tigers from their mothers through gaps in the enclosure fencing.

Employees who offered customers opportunities to swim with animals forced cubs to swim when they didn’t want to or were exhausted. The facility also illegally shipped tigers across the country, including a mother tiger who gave birth to three cubs in transport – all of whom died, Peet said, prompting PETA to sue. The lawsuit resulted in the rescue of 27 tigers, and the permanent shuttering of Wild Things.

Those cubs’ stories also sadly aren’t unique. The U.S. Department of Agriculture (USDA) requires that cubs be between eight and 12 weeks old – when their immune systems are better developed –  before they have public contact. But cubs as young as three weeks old have been exhibited, Prygoski said. Breeders will sometimes tell members of the public mother big cats “rejected” their cubs, when the reality more often is that cubs were snatched from their mothers way too early.

Cubs in the wild stay with mama big cats for up to two years, during which they learn critical behaviors and survival skills. But cubs pulled from their mothers and kept captive for roadside attractions rarely get proper care, nutrition or sleep – with some cubs being handled for up to 12 hours a day, by up to 25 people, Prygoski said.

“You can imagine how scary and taxing that is for an animal,” she said.

Some cubs also endure painful and unlawful procedures to make them “suitable” for cub petting, including being unlawfully declawed, Peet said – as in the case of the new “Tiger King”- featured licensee Tim Stark.

When PETA sued, the courts banned Stark from ever owning big cats or exotics, as well as ordering him to pay about $750,000 in legal fees, Peet added. 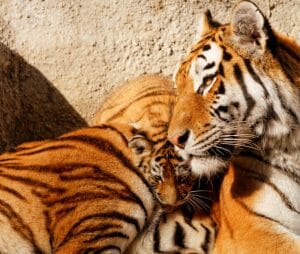 The cub petting industry forces mother tigers to churn out babies, then tears the newborns away at early ages, Peet said.

From there, many cubs at roadside zoo attractions endure being handled by untrained members of the public or used as photo props. During their “off” hours, they’re often kept in cages and denied basic care. Their adulthoods often aren’t any happier, with many animals caged for life in roadside zoos or circuses.

Cubs who have had enough of public encounters often are forced to keep performing anyway – with the result of documented scratches and bites to visitors while being handled. Licensed exhibitors have been documented punching, kicking, and throwing cubs who “misbehave” – and some even have encouraged their paying customers to inflict physical punishment on the innocent animals, Prygoski said.

Some licensees will withhold food from animals, reserving that necessity to paying customers, Prygoski said.  Improper nutrition can lead to lifelong diseases and disorders, including metabolic bone disease – a debilitating condition that can make it difficult for young big cats to walk or even stand.

2. The Demand For Cub Petting Is A Major Contributor to the Illegal Wildlife Trade.

Cubs only remain “cute” for a short period of time, creating an ever increasing demand for newborn babies. While some U.S. residents might associate the illegal wildlife trade with overseas origins, Prygoski said American licensees break the rules all the time.

“It is happening here, in the United States, all the time,” she said, pointing to the infamous Joe Exotic, who shipped big cats across the country – illegally – before shutting down.

Once they outgrow their petting phase, many tigers are illegally transported across the country – often to endure their adulthoods at other inhumane roadside zoo attractions. Others are slaughtered. Very few get to sanctuaries, Prygoski said. 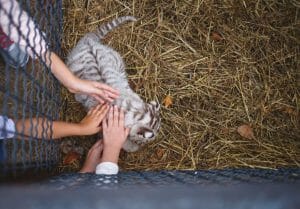 1. YOU CAN HELP! Tell Legislators To Pass the Big Cat Public Safety Act and the Animal Welfare Enforcement Improvement Act.

To find a list of your elected officials, you can check out ALDF’s free searchable guide here.

To learn more about how you can speak up for animals, check out ALDF’s “Lobbying 101” and “How to Advocate for Animals” webinars.