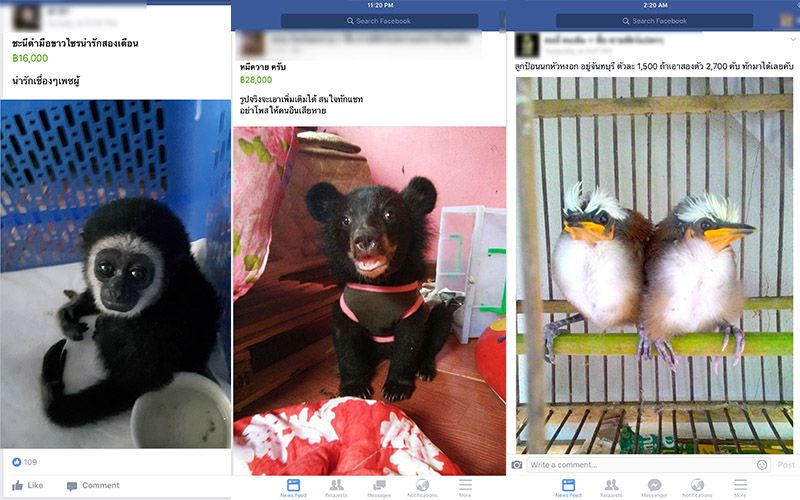 Thousands of animals have been posted for sale on Facebook, according to a report published by TRAFFIC, a wildlife trafficking watchdog group. In just one month of 2016, TRAFFIC calculated 1,521 animals posted for sale on Facebook group pages. In a disturbing trend, membership to these groups has more than doubled in the past two years. Even more disturbing is the slow start to efforts being taken to stop such exploitation. 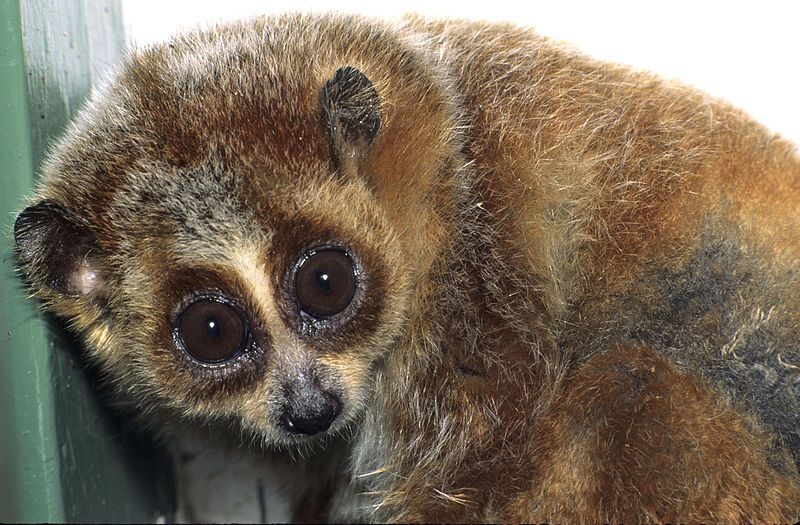 Most of the animals marketed on the site were juveniles, attractive as pets. The Helmeted Hornbill and Siamese Crocodile are critically endangered, with any exploitation threatening these species as a whole. The most popular animal for sale is the slow loris, an adorable animal that is often used for photo props for tourists, yet usually suffers in terrible conditions. Though many baby animals seem cute and easy to control, many people don’t realize they will grow up to become a nuisance. There are countless stories of animals being dumped or neglected once they aren’t suitable for photo props or entertaining anymore.

TRAFFIC researched and monitored Facebook groups in Thailand during 2016 and as a follow-up in 2018. The group found that 12 Facebook groups had live animals for sale online, encompassing over 200 different species. In the followup survey, there were only 10 groups. However even with the drop in groups, membership almost doubled, jumping to 203,445 from 106,111. One of the groups recently became private, leaving us to wonder how many others exist out of public view.

When questioned, Facebook told the Associated Press, “Facebook does not allow the sale or trade of endangered species or their parts, and we remove this material as soon as we are aware of it. We are committed to working with TRAFFIC and law enforcement authorities to help tackle the illegal online trade of wildlife in Thailand.”

Though Facebook’s statement seems to commit the company to doing the right thing for animals, Gizmodo brought up a very similar statement from Facebook to the BBC in 2016. Facebook has joined the Global Coalition to End Wildlife Trafficking Online, but real action seems slow to begin given the number of animals obviously still for sale.

Trade in wildlife has abounded in Thailand, including the ivory trade. The Facebook groups are just another way to exploit animals and enable people to do it anonymously. During their monitoring, TRAFFIC found that many of the species for sale were not native to Thailand and therefore do not fall under protection under Thai law. At-risk species are even more vulnerable with the rise of this digital marketplace. It is easier for buyers and sellers to connect and elude authorities’ grasp. Without a multinational push and an increased effort by digital companies like Facebook, there may be little hope of stopping this behavior.

Add your voice to urge Facebook to stop all exotic animal sales on their platform. Sign our petition here: