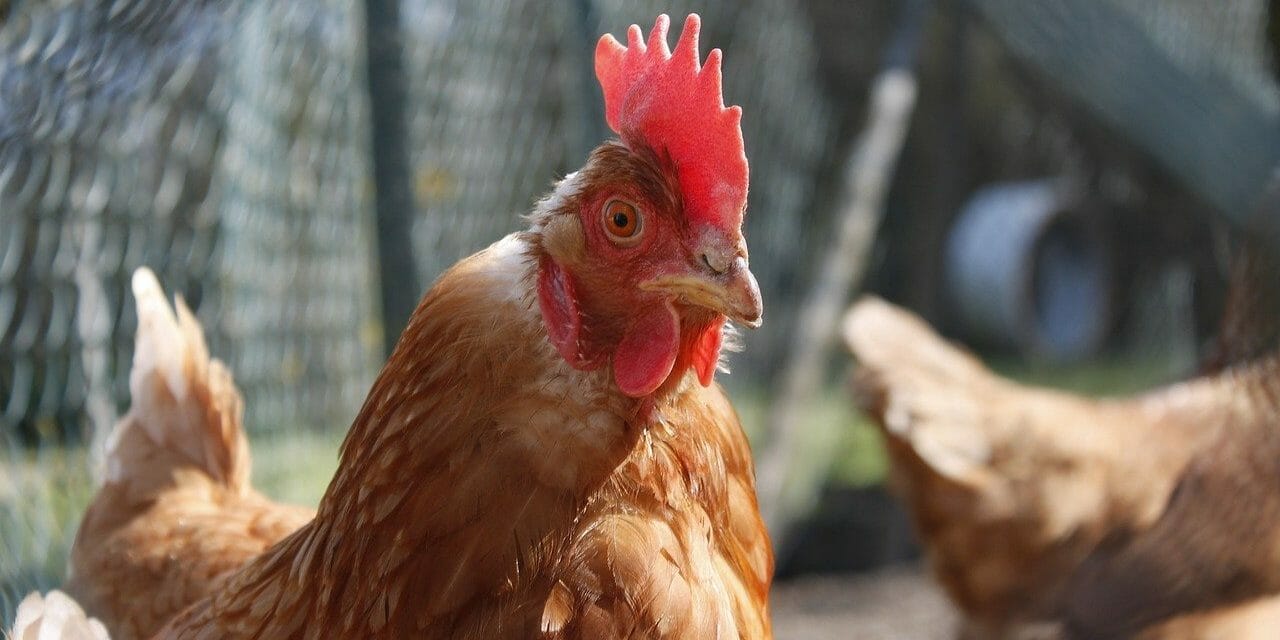 More than 16 million birds have been killed by poultry operations and within private farm flocks to prevent the spread of an avian bird flu strain in the United States  to date, according to the Associated Press.

The massive culling has implications not only for the innocent animals who have lost their lives, but also for humans and the way we are choosing to coexist with other animals on this planet.

The H5N1 strain, known to infect humans in rare cases and also prevalent currently in parts of Europe and the United Kingdom, first surfaced in the United States in January, when a hunted wild duck in South Carolina tested positive for the airborne virus.

While wild birds show no symptoms when infected, the disease can kill domesticated birds – including ducks, chickens, and turkeys – as well as humans.

The Centers for Disease Control and Prevention (CDC) says the virus is primarily spread from wild birds to domesticated ones, but can also be spread by farm equipment, clothing, and contact with infected poultry, according to the AP.

While the CDC says the risk for transmission to humans is both rare and low, history has shown it can happen and it can be deadly. The CDC reported that previous outbreaks have infected at least 700 humans – only 40 percent of whom survived, or four survivors in every ten infected people.

People most at risk of catching the avian flu are “people who spend a lot of time around infected birds,” Nima Majlesi, the director of medical toxicology at Staten Island University, told Healthline.

U.S. farmers and poultry workers have killed more than 15.6 million chickens and 1.3 million turkeys since the start of the year to try to curtail the spread, with outbreaks in 17 U.S. states so far, and in both commercial poultry factories as well as private backyard flocks, according to ABC News.

The culling also is continuing, with more than 1.5 million birds slated to be slaughtered in Iowa this week, following two additional flu outbreaks in commercial flocks.

Those bloody numbers pale, however, in comparison to the worst outbreak of the flu in 2015, in which 230 farms in 15 states slaughtered more than 50 million birds as a precautionary measure, according to Reuters.

Nebraska, in response, has shut down all auctions and fair events involving poultry through at least May 1.

In the United Kingdom, where outbreaks have become so prevalent that officials have declared the flu endemic, the government has ordered a temporary end to free-range chickens and eggs, telling farmers to keep their birds inside and preventing them from selling or marketing their products as “free range,” according to The Guardian.

Marion Koopmans, a virologist and advisor to the World Health Organization, told The Guardian that other steps also may be necessary to prevent future outbreaks – including higher levels of biosecurity, bird vaccinations, and a reduction in intensive poultry farms.

But rather than taking intensive measures to keep the system as it is, perhaps it’s time to consider  another solution: We have to change the way that we are eating, living, and above all treating the animals who also call the Earth home.

Much like the COVID-19 pandemic exposed cracks in our broken food system and  within animal agriculture operations, the avian flu outbreaks and the wasteful massacring of innocent birds shows that how we are living – and eating – is not healthy and not sustainable.

This is not the first time animals have needlessly lost their lives, or people have been at risk of losing theirs, from the avian flu or pandemics originating with wild animals hunted or consumed by people. According to scientists and officials who are already gearing up for “the next pandemic” – it will not be the last.

A growing body of research shows that eating a plant-based diet is both healthy – with lower risks for many ailments and diseases, including heart disease, diabetes, and some cancers – and also more sustainable and undeniably more humane.

There also are many free and delicious recipes out there, as well as a growing number of already-made, savory, and affordable plant-based products on supermarket shelves.

We encourage our readers to go vegan or to eat as plant-based as possible: for the animals, for their own health, for the safety of other humans, and for the stewardship of this planet we call home.