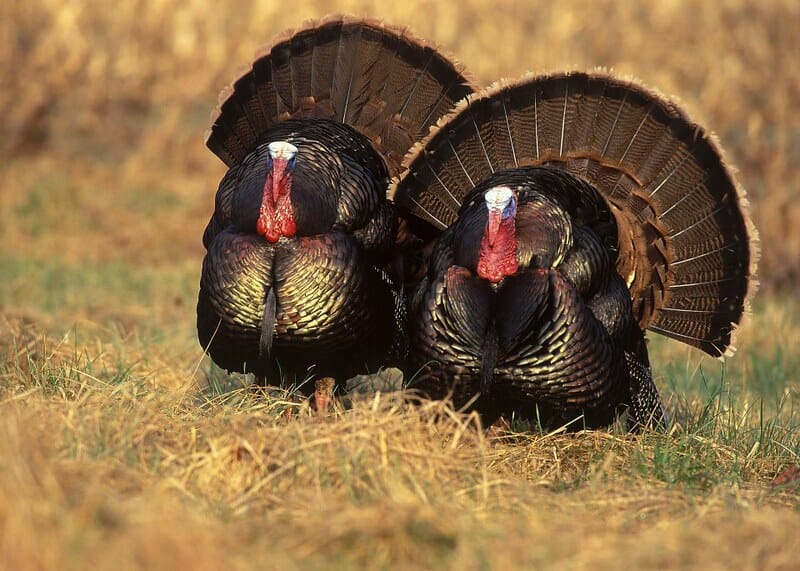 Photo Credit: California Department of Fish and Wildlife via Flickr

A new national survey has revealed that a majority of people who buy turkeys believe conventional factory farming practices are unacceptable. Other surveys show that American families crafting menus for the holiday season, and throughout the rest of the year, also are increasingly attempting to choose “humane” options.

But a recently filed lawsuit alleges that reading labels that seemingly promise good animal welfare practices are, at best, misleading, and more often than not — untrue.

Most of America’s turkeys spend their lives confined in factory farms, enduring appalling conditions that Americans are denouncing at ever higher rates. Seventy percent of respondents said that the conventional poultry production practice of denying turkeys access to fresh air and natural sunlight is  totally or “somewhat” unacceptable, according to a recent online survey conducted by The Harris Poll and commissioned by the Animal Welfare Institute (AWI).

A majority of respondents also said it is totally or somewhat unacceptable for producers to confine turkeys indoors for the entirety of their lives (64 percent), expose them to artificial light 20 hours a day (61 percent), subject them to beak trimming and other physical alterations without pain relief (63 percent), and use growth promoters or non-therapeutic antibiotics to raise them (61 percent).

The survey involved 1,700 purchasers who buy fresh, frozen, or processed poultry products at least one time per month.

Another survey, conducted by the polling firm Technomic and commissioned by the American Society for the Prevention of Cruelty to Animals (ASPCA), found that 77 percent of consumers are concerned about the welfare of animals raised for food, with more than two-thirds of those polled saying they pay some or a lot of attention to food labeling regarding how such animals are raised.

Unfortunately, those labels are often confusing, deceptive, or both.

Under the federal Poultry Products Inspection Act (PPIA), the United States Department of Agriculture (USDA) is charged with policing food manufacturers’ labels to ensure they don’t present a false narrative about how they raise their animals.

Yet the agency often turns a blind eye to misleading graphics and other deceptive imagery used in poultry product labels, according to a recently filed lawsuit by The Animal Legal Defense Fund (ALDF) against the USDA.

The lawsuit cites in particular the USDA’s approval of Perdue Farms’ Fresh Line labels, which portray chickens and turkeys grazing outdoors in green grass under a bright sun, when in fact the animals used in those products are forced to spend their entire lives confined inside warehouses on factory farms, AWI alleges.

In a response letter, the USDA’s Food Safety and Inspection Service argued that the “photos, colors, and graphics used on packaging are not considered labeling claims” —  an assertion that appears to go against the very definitions of “label” and “labeling” used in the PPIA, which specifically include “graphic matter,” according to the AWI.

“The USDA has a legal responsibility to ensure animal product sellers are labeling their products accurately,” said ALDF’s Executive Director Stephen Wells. “Consumers are willing to pay more for higher standards of animal care — and companies like Perdue are taking unfair advantage of consumer sentiment by pushing a false narrative on their packaging.

The best way to ensure no animal suffers for your Thanksgiving feast is to simply leave turkey off the table and opt instead for healthy, delicious, and affordable plant-based options.