Going Plant-Based for Lent? The Interfaith Vegan Coalition Can Help 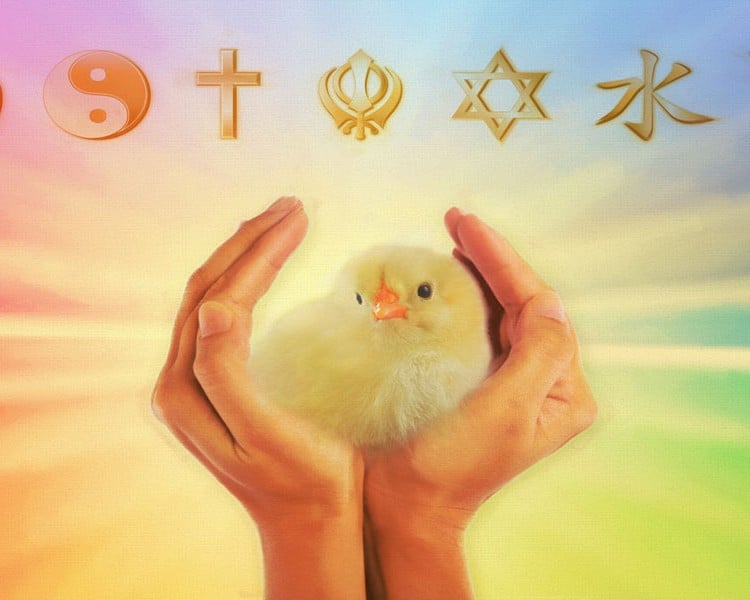 Lent, an observance that runs this year from March 2 through April 14, is a time of penance, reflection and fasting for many Christians — and what better way to focus on compassionate action, while also clearing out your mind and body, than by adopting a plant-based diet for at least the next 40 days?

Abstaining from meat and dairy products has many documented health benefits, while eating plant-based also doesn’t contribute to the horrific cruelty and suffering for millions of animals, as well as the environmental degradation, caused by factory farms.

For those eager to make a meaningful choice this Lenten season via a plant-based diet, animal welfare nonprofit In Defense of Animals (IDA) has prepared two excellent resources — the Vegan Starter Guide and the Catholic Vegan Advocacy Kit — to help people succeed.

The Vegan Starter Guide contains everything one needs to live as a healthy vegan, including nutrition facts, shopping and restaurant guides, recipes, meal inspiration, and more.

The Catholic Vegan Advocacy Kit — which has some pretty cool and thought-provoking material, regardless of your faith or spiritual beliefs — includes book recommendations, articles and videos, prayers, hymns, songs, websites and selected scriptures that emphasize harmlessness and universal lovingkindness.

“We created these resources to make it easier for everyone to go vegan for Lent and beyond,” said Lisa Levinson, IDA’s Interfaith Interfaith Vegan Coalition (IVC) co-founder.

Sharon Bolden, who tried veganism for Lent eight years ago, has never looked back.

“Those 40 days of being vegan changed everything,”Bolden said. “I felt so good that I didn’t want to go back to my old lifestyle. I wanted to stay on a whole foods plant-based diet. I felt with certainty that living vegan was to be my new lifestyle.”

If you’re not Christian — don’t worry! The Interfaith Vegan Coalition also has fantastic resources for more than a dozen other faith bases, including if you’re pagan, Hindu, Muslim, Jewish, Unitarian Universalist, and more. They also offer general resources, regardless of your beliefs or your path.

“When we stop our participation in the killing of God’s precious children, no matter what species they may be, we are acting in harmony with our true hearts, our highest ideals, and our deep connection to all sacred life,” Carman said. “Our own bodies respond with renewed health because we are no longer eating the suffering, fear, and agony of animals who have been abused and killed.”

You can also check out additional free resources with plant-based recipes here.