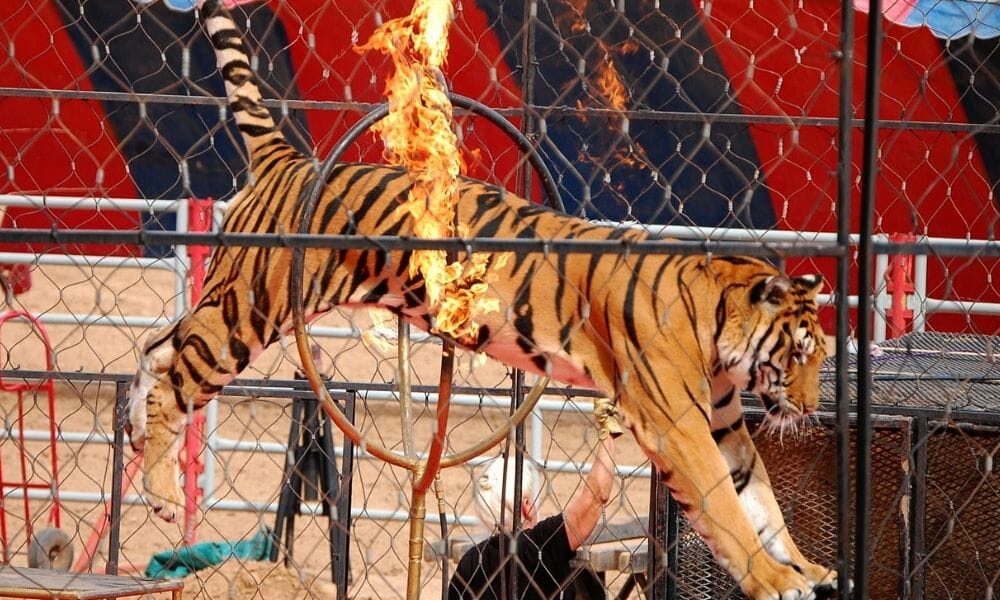 A new Colorado law prohibiting the use of exotic animals in traveling performances  will officially go into effect on Aug. 14, ending abusive conditions at circuses across the state.

Lady Freethinker applauds Colorado lawmakers for taking this progressive step forward and thanks all activists who fought for this change, including the more than 37,900 people who signed our petition demanding an end to cruel traveling animal acts within the state.

Multiple studies and investigations have shown that captive animals forced to perform unnatural stunts and tricks in for-profit circuses are under the constant threat of their handlers’ whips and other painful, dominance-based “training” tactics. These innocent creatures are kept in small enclosures that are often filthy and prevent them from roaming, socializing, and engaging in other natural behaviors.

Captive performance animals also often are denied even the most basic fulfillment of their complex physical, behavioral, and social needs.

Colorado now joins New Jersey, Hawaii, and California with its decision to ban wild animal acts. These so-called “entertainment performances” are increasingly falling out of favor, with nearly 150 localities in 37 states moving to ban them in recent years, according to the Animal Legal Defense Fund.