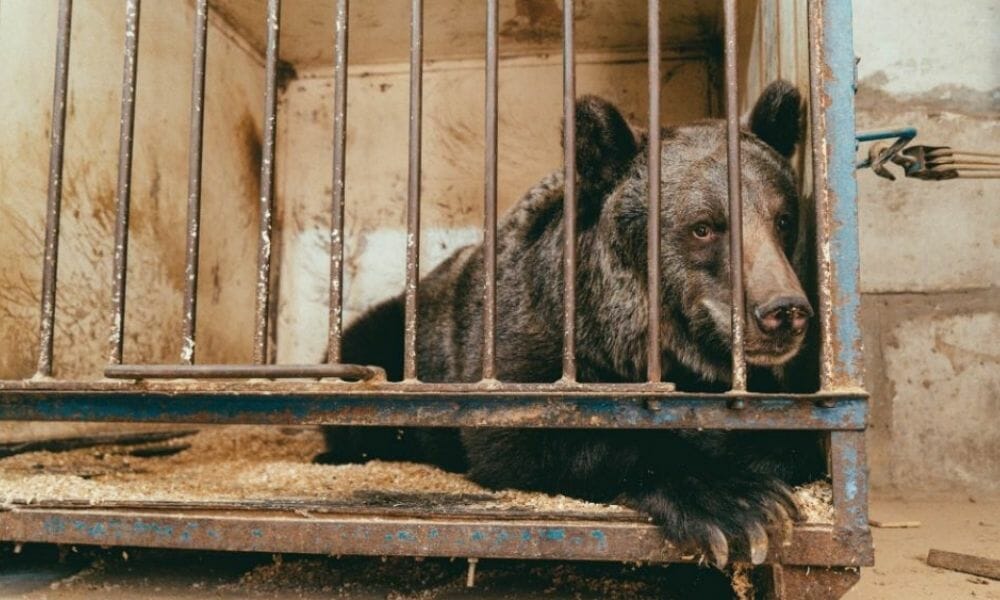 Jambolina, an 11-year-old former circus bear, is starting her new life at a sanctuary in Switzerland after spending months confined to a tiny cage in the Ukraine.

When the COVID-19 pandemic hit, Jambolina found herself trapped in an enclosure that was far too small for her. Relegated to the corner of her handler’s garage, she couldn’t even “stand upright or move around,” non-profit Four Paws International spokesperson Katharina Braun told Newsweek.

The nonprofit stepped in to help, teaming up with the Arosa Bear Sanctuary to plan Jambolina’s rescue and move the bear to her new home. Jambolina’s four-day journey through Poland, Germany, and Austria to reach Switzerland was no simple feat.

“We had to ensure Jambolina’s wellbeing at all times while a lot of paperwork and controls were needed for the logistical part of the transfer,” Barbara van Genne, International Head of Wild Animal Rescue and Advocacy at Four Paws, said in a press release.

After reaching Switzerland, Jambolina was transported to her final destination via an aerial cable car, then guided through the snow to her new home, where staff members cheered upon her arrival.

The bear, who has some health issues — including bad teeth and ailing claws — remains under observation for now. Van Genne hopes that Jambolina will regain some of the instinctive behaviors she lost during her life of captivity, including learning to search for food on her own.

Regardless of the hurdles she faces, one thing is certain: Jambolina will never endure cruel confinement again and will spend the rest of her life in the comfort and safety of a sanctuary.