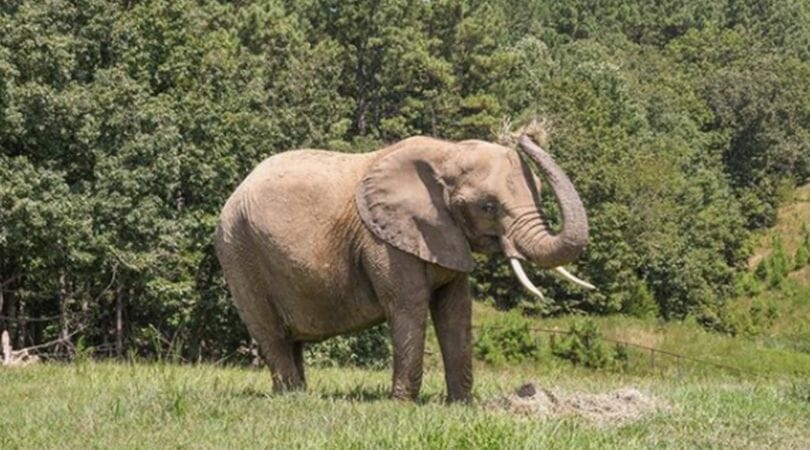 In a long-awaited victory for animal rights, the USDA has revoked a notorious circus owner’s license to exhibit animals, and an African elephant who suffered at his hands for decades will spend the rest of her life in the comfort and safety of a loving sanctuary.

Hugo Liebel, the owner of Great American Family Circus, acquired Nosey the elephant in 1988. For nearly 30 years, Liebel and his wife Franciszka forced her to perform unnatural circus tricks and give rides. Nosey endured horrific abuse, including being routinely stricken with a bullhook, electro-shocked, and chained so tightly she was unable to move. She lived in her own feces and went without proper food, water, or shelter. Her anguish was so evident, she was dubbed “the saddest elephant in the world.”

Over the years, Liebel accumulated nearly 200 USDA citations for welfare violations against Nosey and other animals, including primates, cows, goats, and dogs. His offenses ranged from failing to provide basic veterinary care to excessive urine and feces in enclosures, improperly stored food containing rodent droppings, painfully restraining animals, and malnourished and sick animals.

For years, animal rights activists and organizations worked tirelessly to expose the Liebels’ cruelty. Meanwhile, the couple continued exploiting Nosey, even after she showed obvious signs of chronic pain, like visibly limping during performances.

Finally, in late 2017, an Alabama judge ordered the seizure of Nosey from the Liebels’ custody. She was relocated to The Elephant Sanctuary in Hohenwald, Tennessee. Veterinarians who examined Nosey upon her arrival diagnosed her as malnourished, dehydrated, and with skin and urinary tract infections, arthritis, and intestinal parasites.

On October 9, a USDA judge determined that Liebel is unfit for an AWA license and revoked his right to own, sell, or exhibit animals.

Nosey will remain at The Elephant Sanctuary, where she has access to medical care, nourishment, and shelter, including a heated barn and a large natural habitat that she shares with other elephants who were rescued from circuses and zoos.