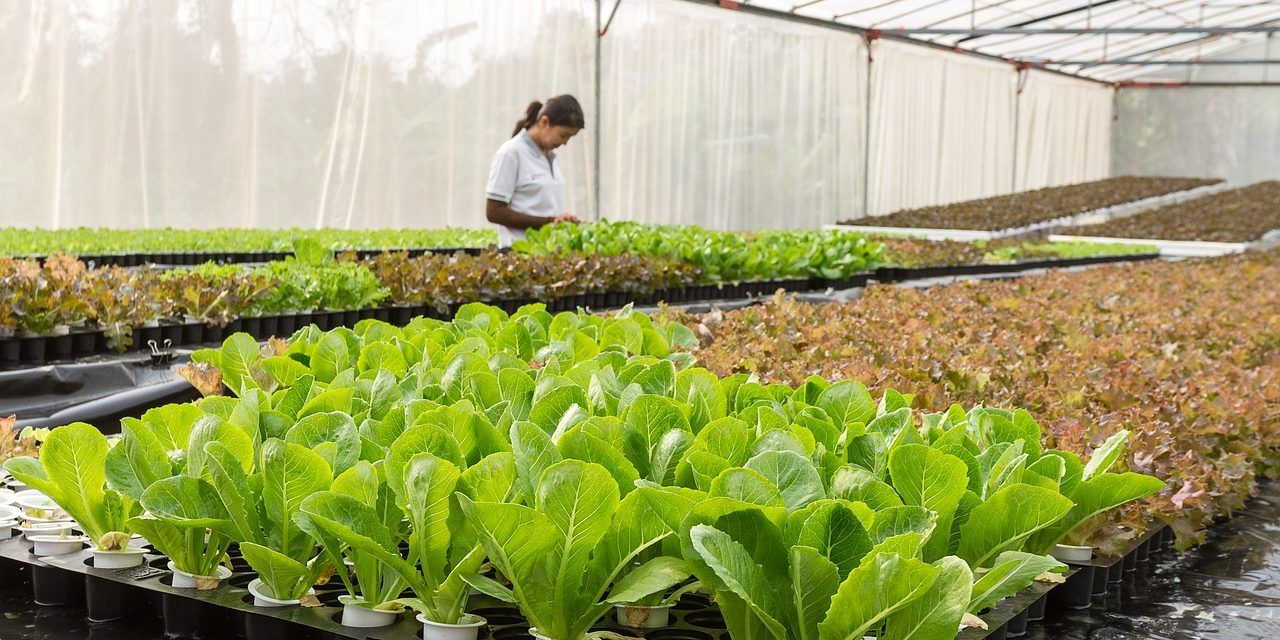 Picture by Sasint via Pixabay, CC0.

It’s no secret – eating meat isn’t exactly good for the environment. Yet many people are still unaware of the effect their diets have on society and the world in general. The documentary Cowspiracy attempted to shed some light on the destructive nature of the meat industry, but we still have a long way to go before people truly realize the connection between meat and climate change. 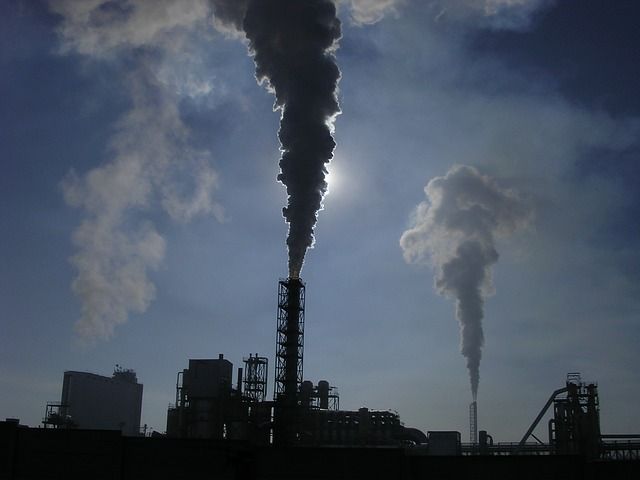 When we think of emissions we often think of fossil fuels and transportation. However, livestock raising is also a major cause of greenhouse gases. Picture by Rasov via Pixabay, CC0.

It may not be something you think about on a daily basis, but livestock farming causes emissions. One survey revealed that many people think there are more emissions from transportation than from livestock farming. However, that’s not the case. In fact, raising livestock is responsible for 14.5 percent of human-caused greenhouse gases  (slightly higher than transportation‘s 14 percent), or 7.1 gigatons of carbon dioxide.

That’s a number so big it’s hard to fathom. How can meat cause so many emissions? The EPA lists several ways agriculture contributes to global warming:

Eating a plant-based diet doesn’t just fight climate change. It’s actually a necessity. According to one study, because the demand for meat is growing in developing countries, people in developed countries need to cut their meat consumption by 50 percent to stabilize nitrous oxide emissions by 2050.

Obviously, if people stop eating meat, they’d need to consume something else. Though we would have different crops and use land differently, to feed the world’s growing population without meat, we would still need to farm. So would eating vegan really cut emissions and help the environment that much?

Why would cutting meat out of our diets create such an impact? Eating a plant-based diet requires less land and less water, which has numerous benefits for the environment. 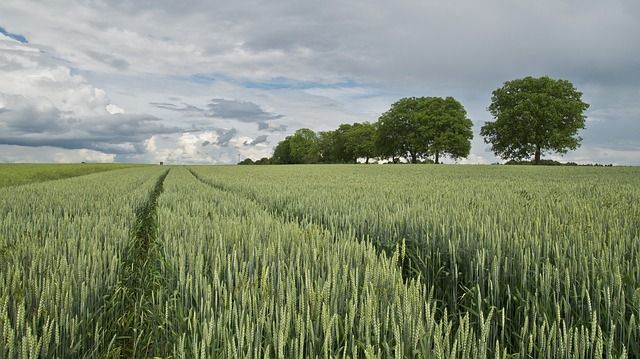 Livestock raising doesn’t just take up the land the animals live on. Even more land is used to grow crops to feed livestock. Picture by Broin via Pixabay, CC0.

In today’s world, where most people are concentrated in urban centers, it’s easy to forget where our food comes from. A piece of meat isn’t just protein on a plate, though. It came from somewhere – from an animal. And that animal had to have land to live on, food, and water.

Right now, 26 percent of the world’s ice-free land is dedicated to livestock. Taking into account the land needed to grow crops to feed livestock raises that number even further. People can make better use of land and crops by eating plant-based. Some estimates show that while it takes 3 ¼ acres of land to feed someone who eats meat, it would only take 1/6 of an acre to feed a vegan.

This means a plant-based diet does more than reduce emissions – it can help us make better use of the Earth’s land. 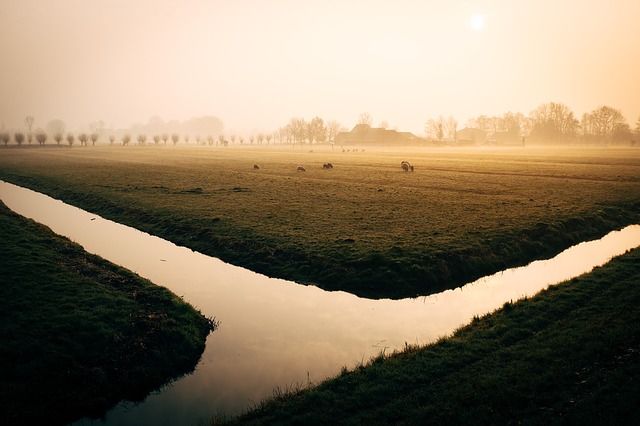 A little water really adds up. Making just 1 pound of beef requires thousands of gallons of water. Picture by Tookapic via Pixabay, CC0.

We can also save on water by eating plant-based. Believe it or not, water is a precious resource and most of the world doesn’t have enough. By 2030, the increasing population will put such a great pressure on the water supply, demand will be 40 percent greater than our supply.

Unfortunately, much of the water needlessly goes to livestock production. It takes about 5,000 gallons of water to make 1 pound of beef and about a third of available fresh water goes to producing crops just to feed animals. 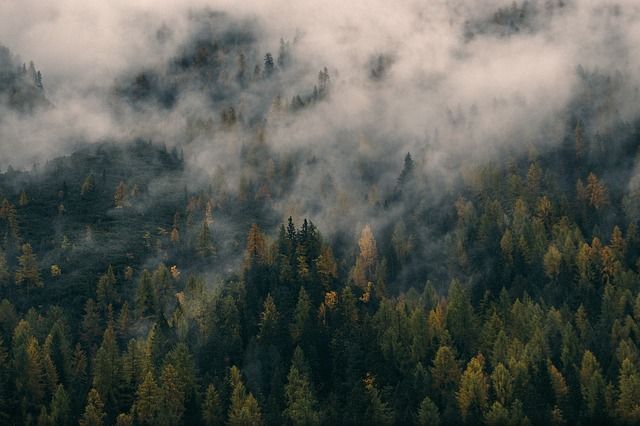 Many forests are threatened by the demand for meat. Picture by Free-Photos via Pixabay, CC0.

Biodiversity in the Ocean

It’s no secret that our oceans are in trouble. The temperatures are rising and so is the water, there’s an abundance of pollution and contamination destroying aquatic habitats, coral reefs are dying, and biodiversity is decreasing. Although there are a lot of factors affecting life underwater, overfishing is one of them.  According to the Food and Agriculture Organization of the United Nations (FOA), approximately 31.4 percent of the world’s fish stocks are overfished.

The ocean isn’t the only habitat that stands to benefit from plant-based diets. Since meat production requires so much land, it often leads to deforestation, destroying important animal habitats. Accoridng to the FOA, 80 percent of the deforestation in Brazil’s Amazon is now used for pastureland. What’s worse, the demand for livestock is increasing and so is deforestation in the Amazon. Every year, cattle production increases 5 to 8 percent, which puts more pressure on the forest. The demand for meat threatens animals’ habitats and may lead to more extinctions.

All of this paints a rather gloomy picture for the future. However, many solutions exist. Eating a plant-based diet can greatly reduce our emissions, save land, prevent deforestation, and maintain biodiversity in the oceans and on land. Being vegan isn’t as difficult as it sounds, either. There are many sources of plant protein, tons of recipes, “fake-meat” options, and now, real meat is even grown in labs.

It might not seem like one person can make a big difference, but reducing the world’s demand for meat requires an effort on everyone’s part. Change can only come about when individuals and communities make plant-based diets more commonplace and accessible, and share the environmental benefits of being vegan with others.