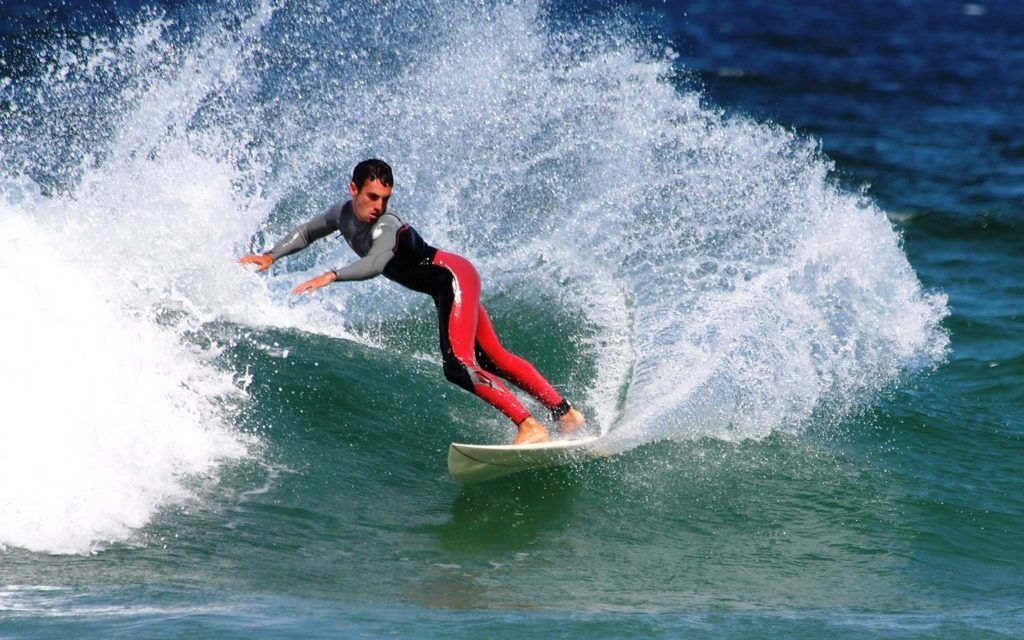 Picture by JPataG via Pixabay, CC-0

Small changes in the ocean have a profound impact on ecosystems. However, waves and unstable conditions made collecting data near the shore extremely difficult. Until now. Smartfin, a high-tech surfboard fin, makes studying water near the shore as easy as riding a wave.

Developing and distributing the game-changing, high-tech surfboard fin is a team effort involving the nonprofit Lost Bird, whose executive director Dr. Andrew Stern came up with the idea for Smartfin, lead engineer Benjamin Thompson from BoardFormula, researchers at Scripps Institution of Oceanography, and Surfrider Foundation.

The ocean is a bit of a mystery. Although water is an important and ever-present part of our lives, less than five percent of the ocean has been explored. However, learning more about the ocean and how climate change affects its ecosystems is essential.

Climate change contributes to rising sea levels and higher water temperatures. For the last 20 years, sea level has risen about .13 inches (3.2 millimeters) each year, and ocean temperatures have risen about 0.18°F (0.1°C) in the last century. It might not seem like a lot, but even small changes have a big impact on delicate ocean ecosystems. 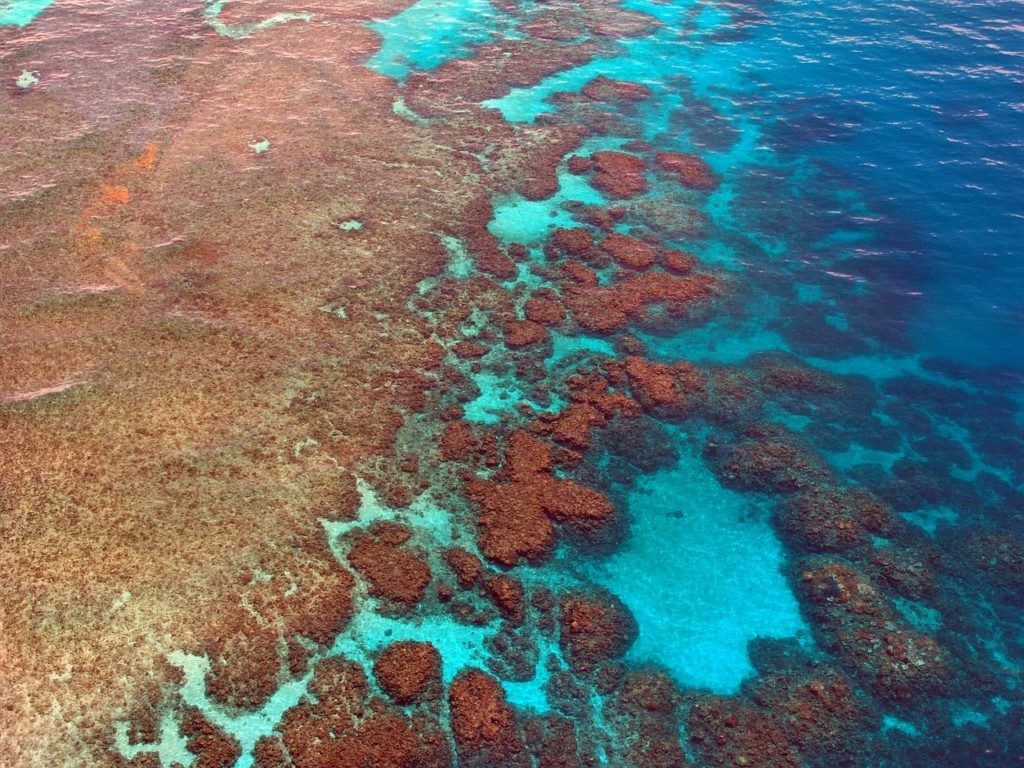 Photo by steinchen via Pixabay

Coral reefs make up a small portion of the ocean, but they support 25 percent of all marine life according to Columbia University. Despite their importance, reports show that 75 percent of coral reefs are threatened and 93 percent of the Great Barrier Reef is permanently bleached.

If researchers knew more about the conditions in the water that surround these ecosystems, they might be able to develop ways to protect them, which is part of the motivation for creating Smartfin.

Even parts of the ocean closest to humans are difficult to study. Placing sensors in near shore ecosystems like coral reefs, marshes, and seagrass meadows, isn’t practical – waves constantly change and move, and there are very few buoys or floats in these areas to stabilize them.

Dr. Stern explains that collecting this type of information can tell us a lot about nearshore ecosystems and what’s threatening them.

“The trigger for coral reef bleaching is local ocean temperature increases so Smartfin technology could help alert scientists about where and when coral reefs are at risk,” Dr. Stern said in an interview with Lady Freethinker.

As Smartfin collects information like this, it also gives researchers the tools they need to understand and combat ocean warming, acidification, and other effects of climate change.

Smartfin does more than collect data for a scientific community; it allows surfers to become “citizen scientists” and raises environmental awareness about the oceans.

Surfers who decide to use a Smartfin “will themselves have a new kind of engagement with the ocean,” Dr. Stern explained. “Surfing is an enormously popular sport and spectator event worldwide, so surfers have potentially a powerful voice if they tell their story about their own concern for the ocean.”

Surfers with a Futures’ board just needs to attach the Smartfin and start surfing. The fin automatically collects data in near real-time — but rather than sending it just to researchers, it also gets sent to the surfer’s phone. This means surfers are anything but passive collaborators. They can learn about the data and interpret it themselves. 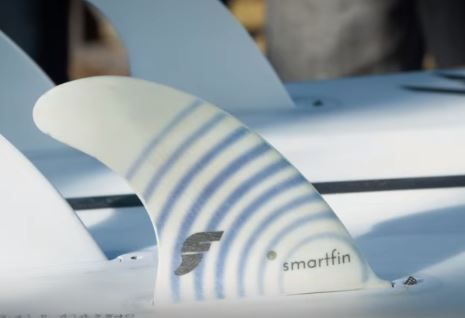 “By being engaged in the project, the community of Smartfin users will naturally become more educated about the data they’re collecting and why it’s important, and will spread that awareness to the communities they’re connected to,” explained Shannon Waters, Surfrider’s Smartfin Project Manager.

The data is also stored on Smartfin’s server, which will help scientists see the ocean’s conditions, how they are changing, and potentially, develop ways to help near shore species.

Surfers and scientists, the perfect partnership

Given the difficulty of placing sensors near the coast, using surfboards to take measurements seemed like a logical choice. Surfers also spend more time in the water than most people, which may generate a natural concern about the ocean’s well-being.

However, when Dr. Stern founded Smartfin he didn’t know whether surfers would actually collaborate and use the fin. To help with outreach and distribution in the surfer community, he asked Surfrider Foundation to become a partner.

For Waters, deciding to work with the creators of Smartfin was a “natural connection.”

“Our mission focuses on protecting our ocean and coasts,” she explained. “Given how well the mission of Smartfin aligns with the mission and interests of what Surfrider stands for, we jumped at the opportunity!”

Photo by Ben_Kerckx via Pixabay

Waters emphasized that surfers were a logical choice. In fact, there have already been over 200 requests for Smartfins from people all over the world.

“Given that Surfrider members and coastal defenders are working to protect our ocean, waves, and beaches, they are an ideal group to join the efforts to collect data as citizen scientists,” she said.

Smartfin is finishing up beta testing this year and Surfrider Foundation plans on distributing it in 2017. Although it costs around $200 to make, the Smartfin team is fundraising to reduce costs and plans on giving some away for free. 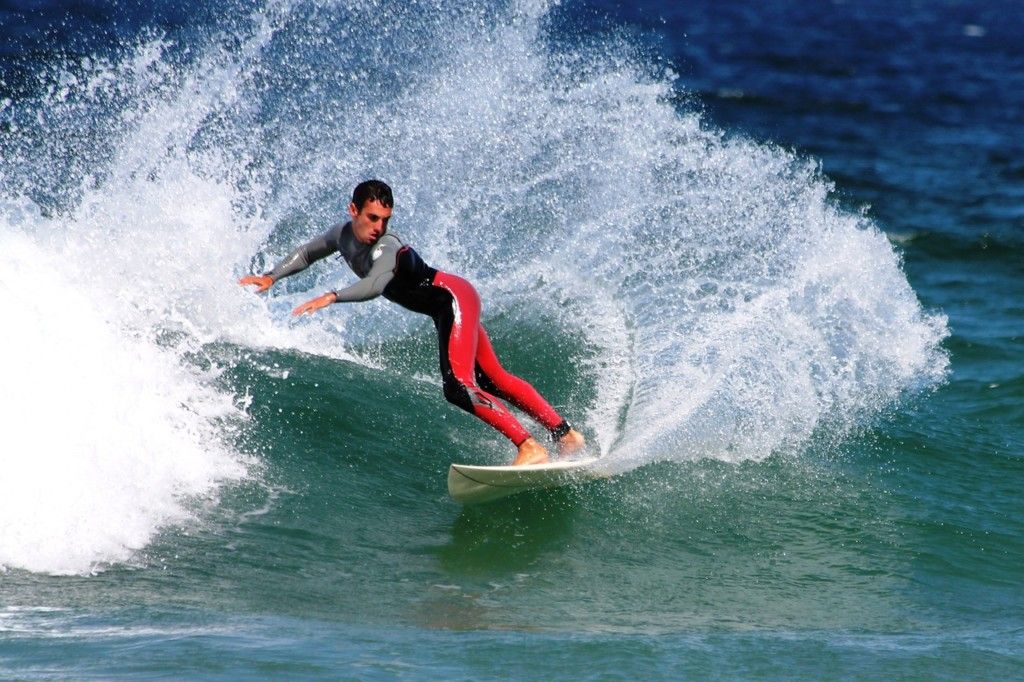