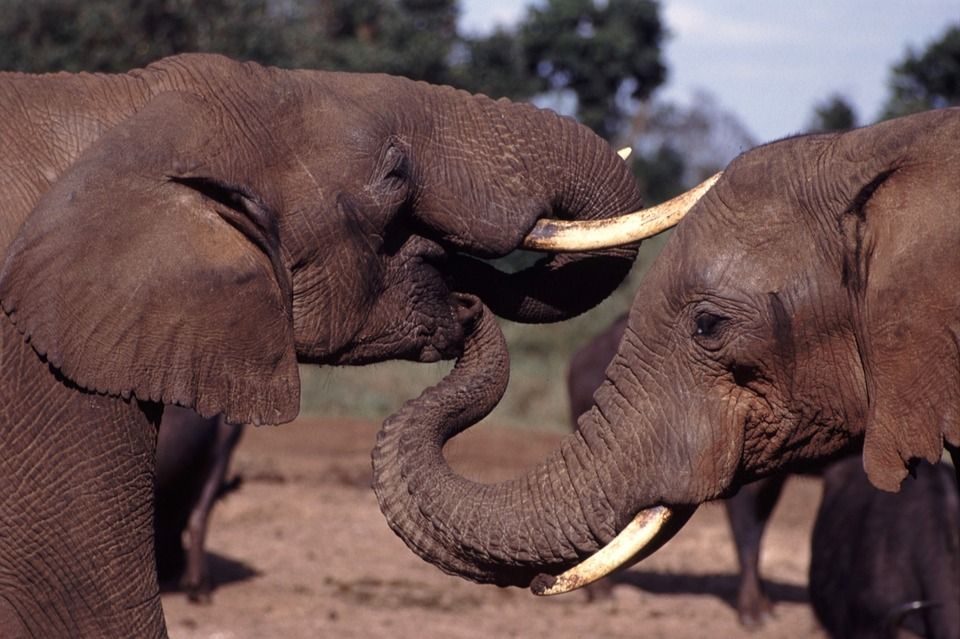 Officials in Thailand seized  just over 326 pounds of full elephant tusks and 31 other fragments en route from Nigeria to China at a Bangkok airport on Friday, January 5th. Officials estimated the price of the ivory on the black market at 15 million baht – $469,800.

“From what I can tell, these ivory tusks were taken from very big elephants, and elephants of that size are now hard to find even in Africa,” Somkiat Soontornpittakkool of the Department of National Parks, Wildlife and Plant Conservation told the Associated Press. “And judging from how the tusks look, they appear to have been taken a while ago. They weren’t hunted recently. They were taken and stored for a while before smugglers sent them out.”

This is a common trend. A report from the Convention on International Trade in Endangered Species of Wild Fauna and Flora (CITES) examining elephant populations and poaching trends in Africa found that poaching has actually decreased in recent years even as ivory seizures are increasing. CITES officials believe poachers have stockpiled ivory, which they ship intermittently. This appears to be what happened in Thailand.

International efforts to crack down on poaching, however, have reduced poaching in the wild. The UK proposed stricter bans on ivory this year, China banned the sale of domestic ivory, and Thailand increased its ability to pursue ivory sales in 2014 and 2015 when they banned the sale of elephant ivory. These efforts have paid off, resulting in the seizure in Bangkok.

Although no suspects have been named, officials said in a press conference they would take the tusks as evidence and investigate the case further.