The World’s Largest Elephant Relocation has been Successfully Completed 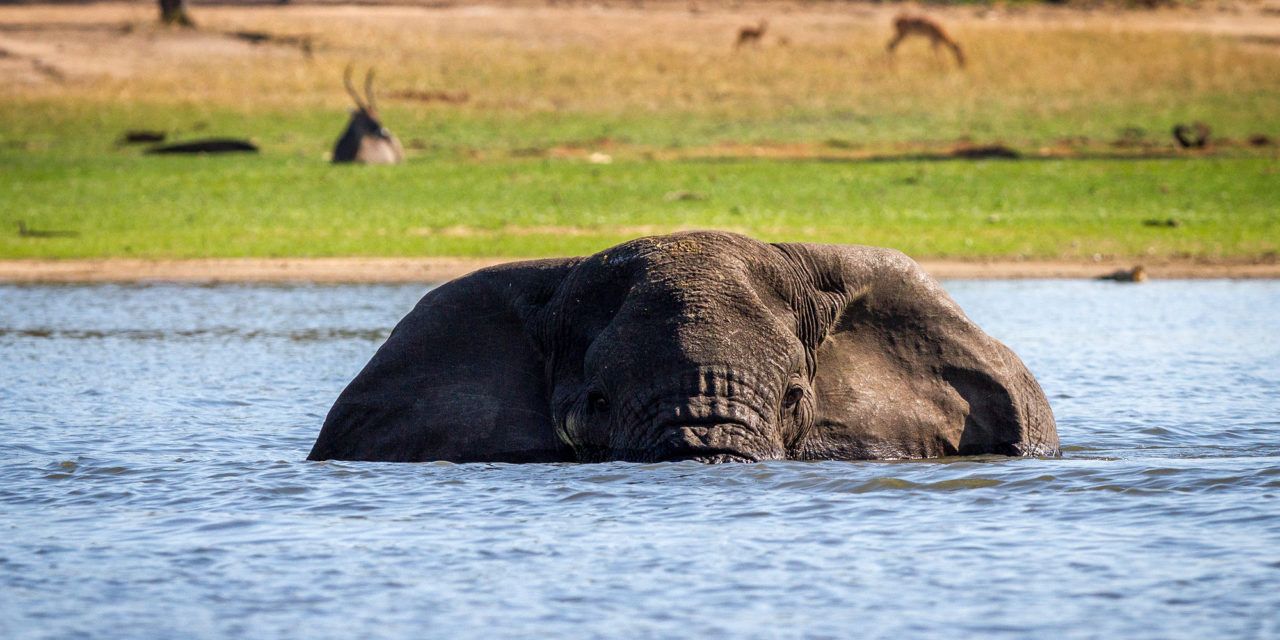 Conservationists just completed the largest translocation of elephants to date. Moving 520 elephants over 200 miles from two overcrowded parks in Southern Malawi to Nkhotakota Wildlife Reserve took over two years, but the successful move promises to help this endangered species endure in Africa.

The NGO African Parks and the Malawi Department of National Parks and Wildlife (DNPW) partnered together to make the big move in 2016. Elephants weigh thousands of pounds, so transporting them safely and making sure they stayed within their tight-knight families and communities to ensure a smooth transition at the new park required a lot of careful planning and effort.

“Seldom do we hear good news about elephants in Africa” Peter Fearnhead, CEO of African Parks stated. “This successful translocation is a pivotal moment for Malawi which has emerged as a leader in African elephant conservation and in park restoration. Rehoming more than 500 elephants, and knowing they will thrive in Nkhotakota, is a story of hope and survival, and a real example of what is possible with good collaboration.”

Conservationists decided to undertake this daunting project for several reasons:

1. Overcrowding at Liwonde National Park and Majete Wildlife Reserve was putting pressure on natural resources and the surrounding communities. Although worldwide elephant populations decrease about 8 percent per year, conservation and anti-poaching efforts at Liwonde were so successful the elephant population at the park increased. Liwonde was home to over 800 elephants, while Majete had about 400 elephants. Because of the competition within both parks, elephants began venturing into croplands to get food. This created conflict with local agriculturalists and endangered the elephants’ and community’s well-being. 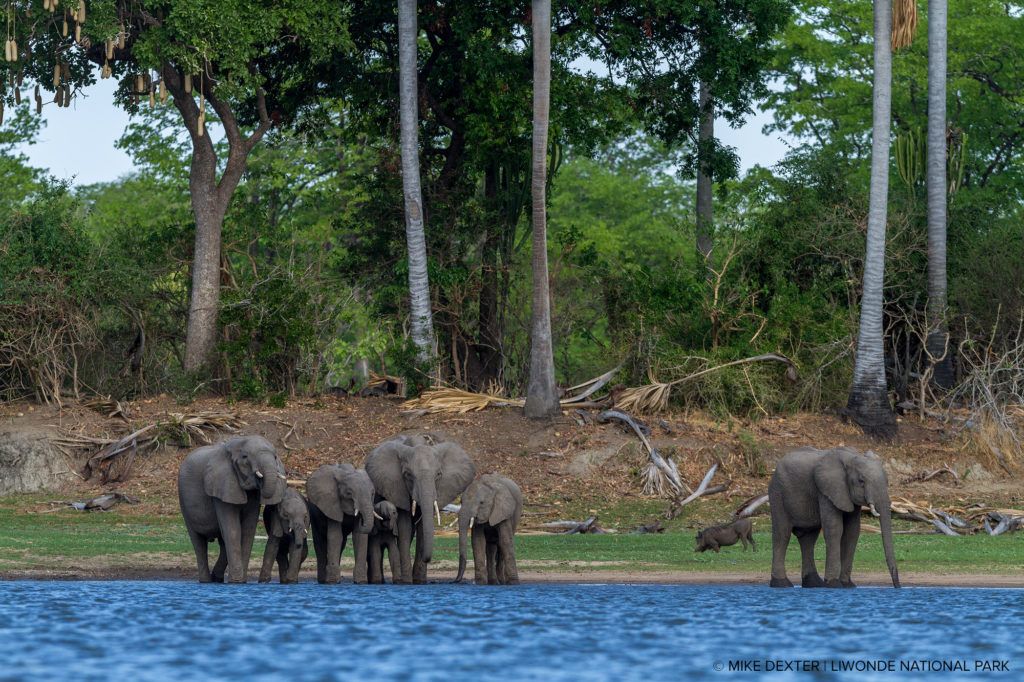 2. Nkhotakota Wildlife Reserve, although far away from Liwonde and Majete, offers the ideal habitat for elephants. Before it was over-poached in the ’90s, it was home to over 1,500 elephants. Demand for ivory reduced the population to less than 100 elephants until African Parks took over in 2015. Since then, the NGO has restored the park and created policies to protect wildlife from poachers. With Nkhotakota now safe for elephants and other wildlife, conservationists decided the best way to conserve elephant populations in Malawi and remove the tension in the southern two parks was to move some of the elephants to Nkhotakota. 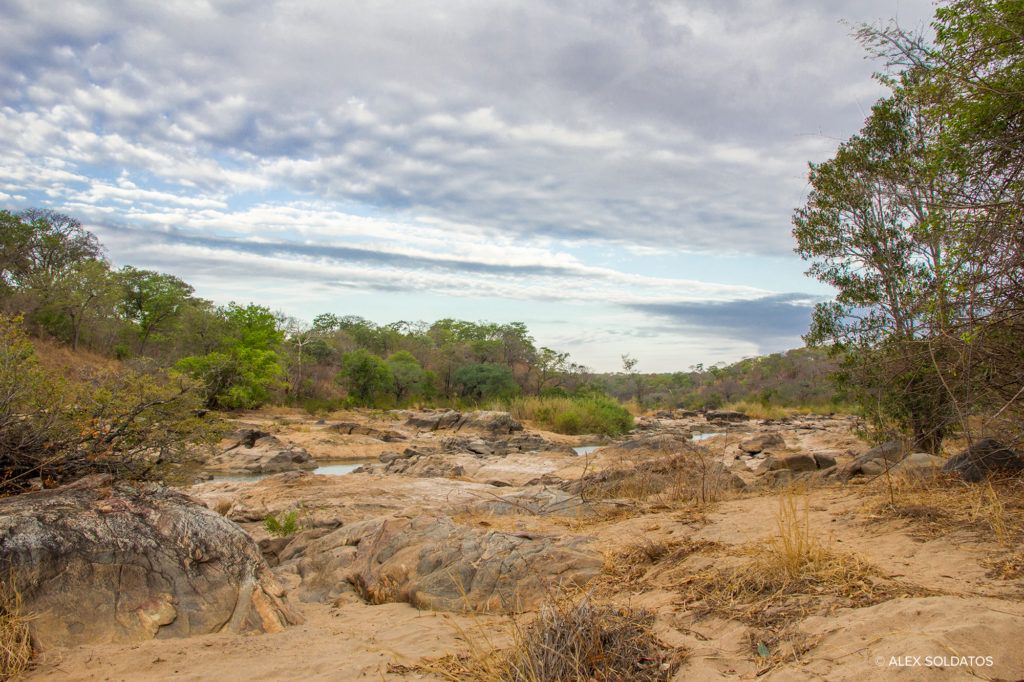 3. Moving elephants back to Nkhotakota also benefits the ecosystem and community in central Malawi. Elephants used to live in the park, and bringing them back can help restore habitats and balance between other species within the park while also contributing to local ecotourism.

How do you go about moving hundreds of elephants? 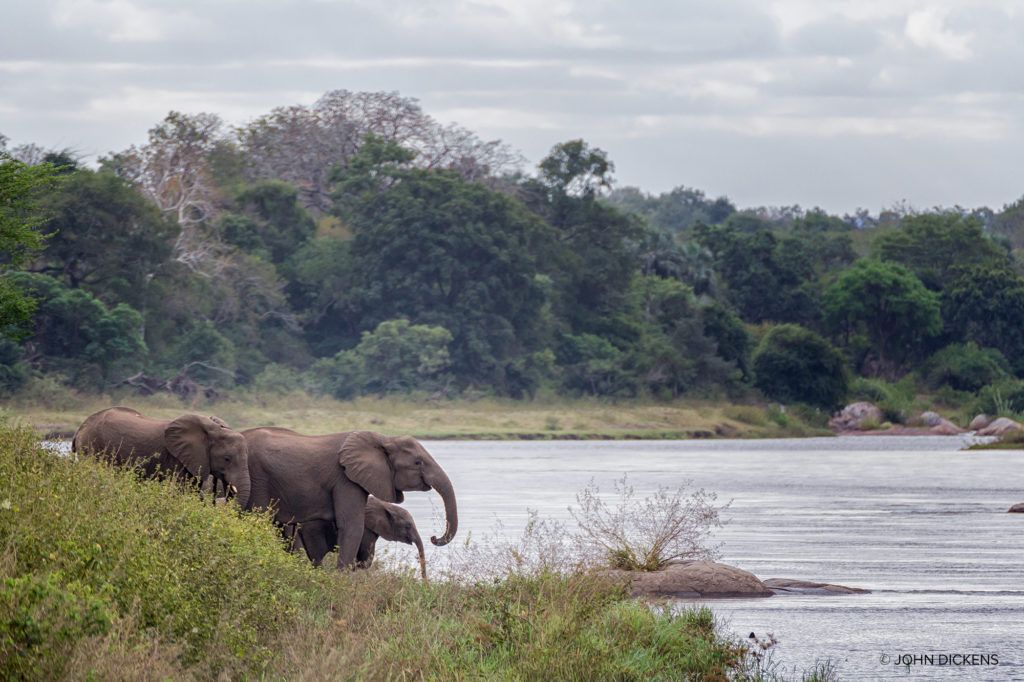 Moving 520 elephants from southern Malawi to the center is easier said than done. Successfully completing the human-assisted migration required a lot of forethought. 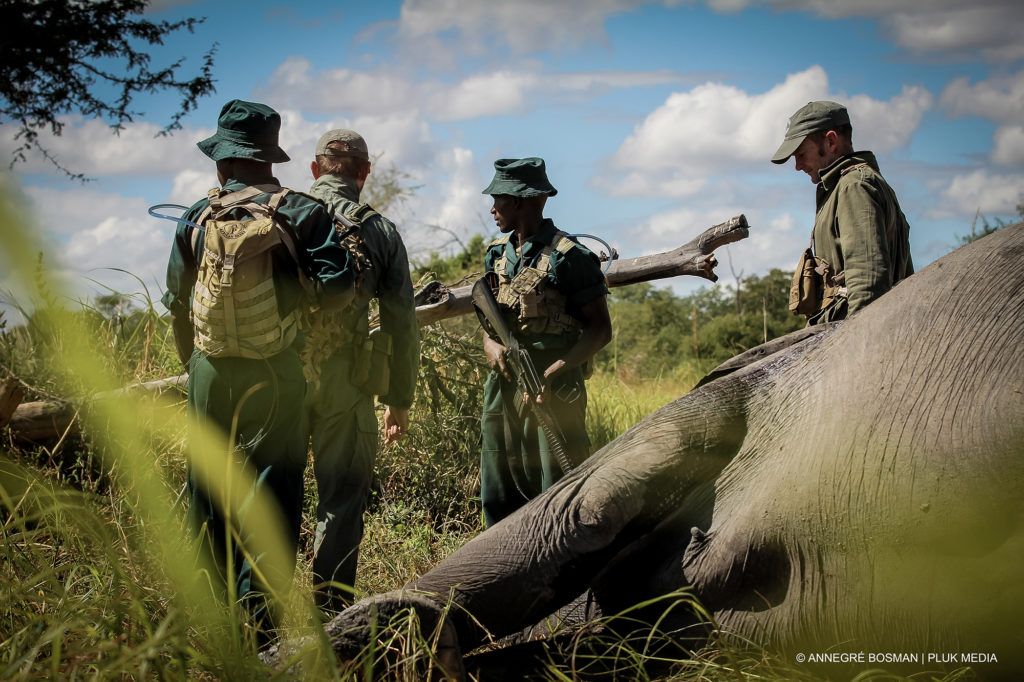 Working to transport hundreds of elephants requires a lot of manpower and planning. Picture courtesy of African Parks.

The move didn’t take place all at once. During 2016, the first 261 came to Nkhotakota while the remaining 225 arrived by the start of August 2017. Another 34 elephants were moved from Liwonde to a different park in northern Malawi, Nyika National Park.

Bringing life and elephants back to Nkhotakota, Malawi 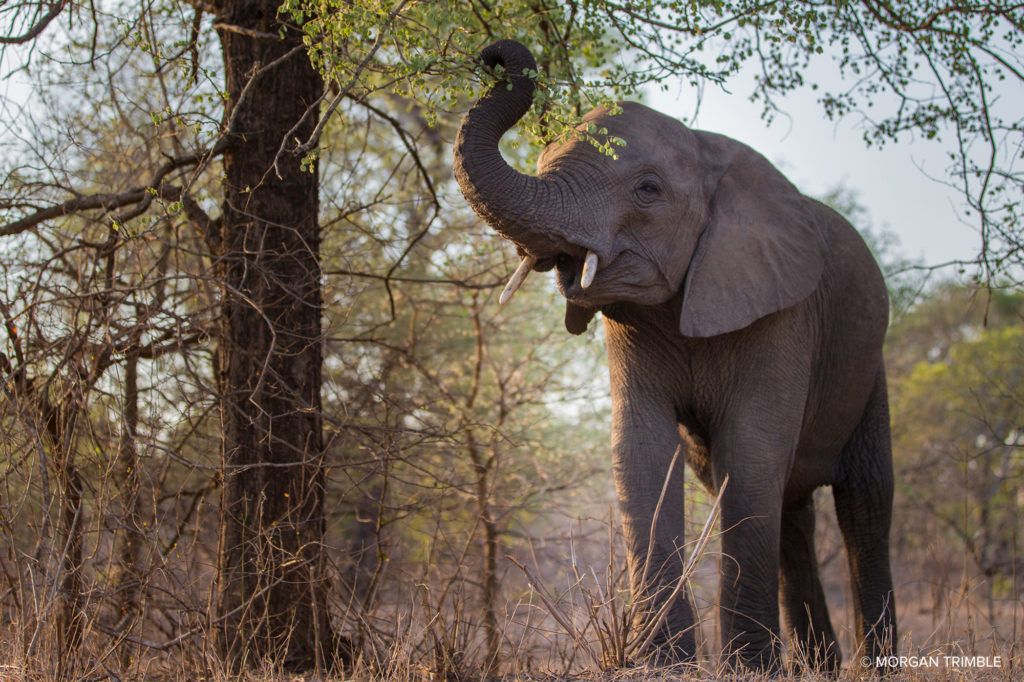 Bringing elephants back to Nkhotakota wasn’t enough to completely restore the park or create a natural habitat with all the biodiversity that entails. Elephants weren’t the only species sought out and destroyed at Nkhotakota years ago. To improve conservation efforts and attract more ecotourism, an additional 1,500 species were moved to Nkhotakota. 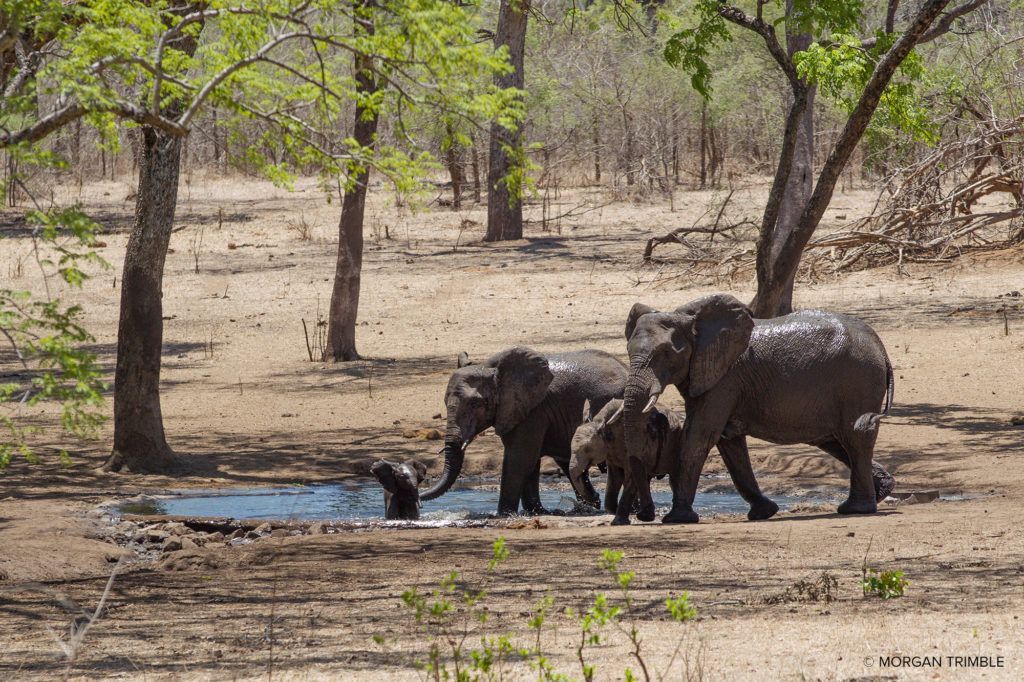 As for the threat of poachers and animal traffickers, African Parks and DNPW have implemented numerous measures to ensure the animals’ safety. Sadly, even one persistent poacher, like the one caught in Tanzania in 2015, can kill hundreds of elephants in a short period of time.

To prevent such atrocities, African Parks and DNPW built a fence around the over-40,000 acre sanctuary where the elephants will live (within an even larger park). They’ve also reformed laws and created new measures to prevent poaching. International pressure, government efforts, and education may also help quell the demand for ivory. China finally banned the sale of ivory in 2017, and African Parks uses drones to monitor and catch poachers in parks like Liwonde. 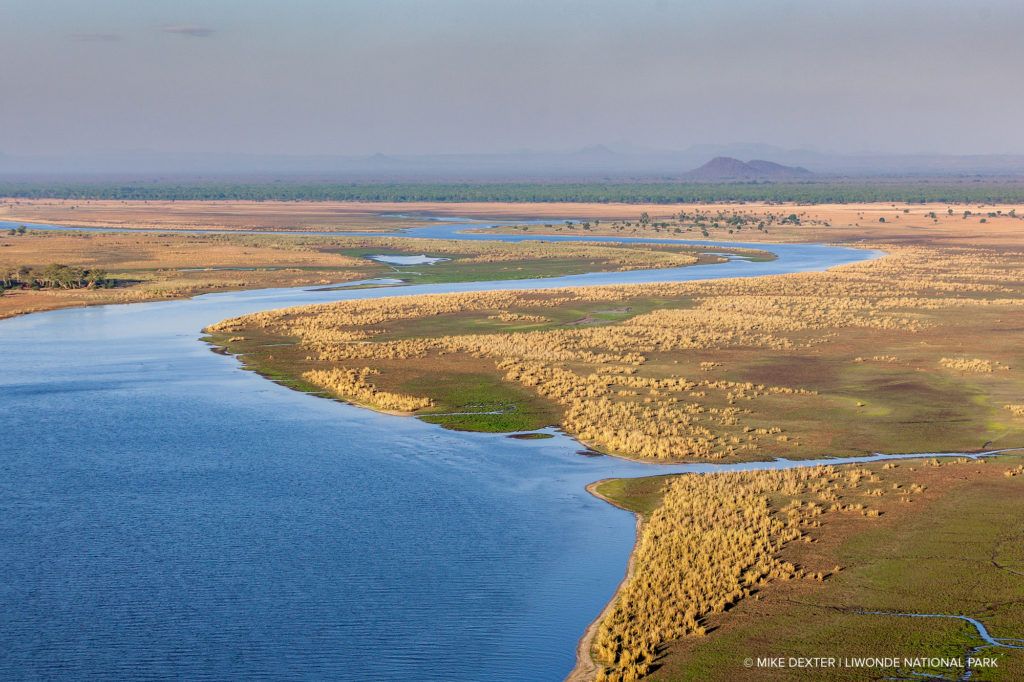 Since the relocation, elephants at both parks will enjoy more space to roam and less overcrowding. Picture of Liwonde National Park courtesy of African Parks.

Perhaps most importantly, the surrounding community has a direct stake in conserving the elephants and the park. Community members staff the fence, local at-risk children receive scholarships to help them study, and ecotourism to the park also brings financial benefits to the community. 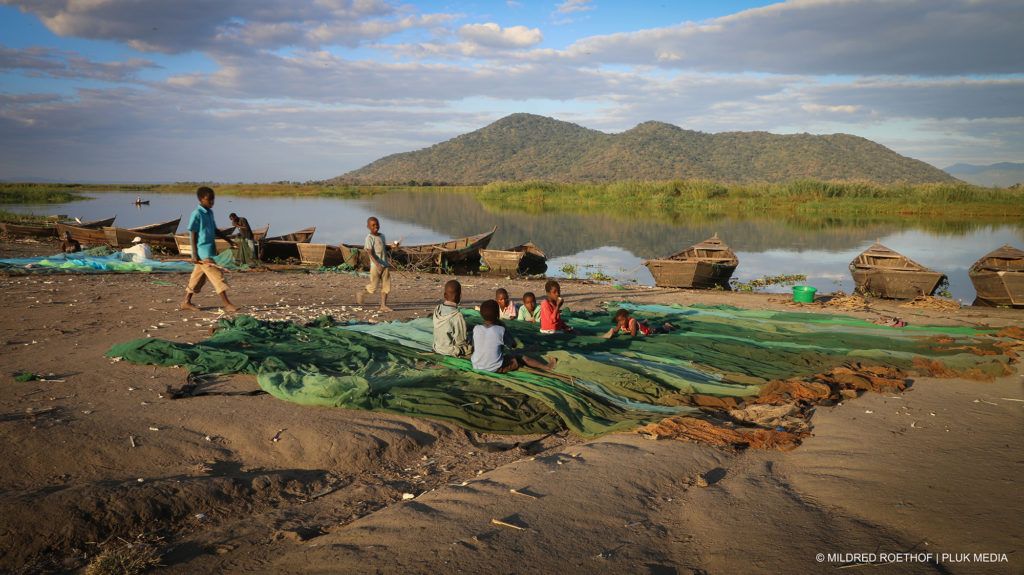 “This is an important moment for conservation in Malawi, as well as for one of the planet’s most endangered species,” said Brighton Kumchedwa, Director of DNPW. “Together with African Parks we have taken extraordinary measures to secure a future for Malawi’s elephants, and at the same time are helping people who live around these critically important wild areas. We’re reducing conflict in two parks while restoring ecological processes and increasing tourism in the third park, which has positive benefits for local communities. This really is a win-win for both people and wildlife.” 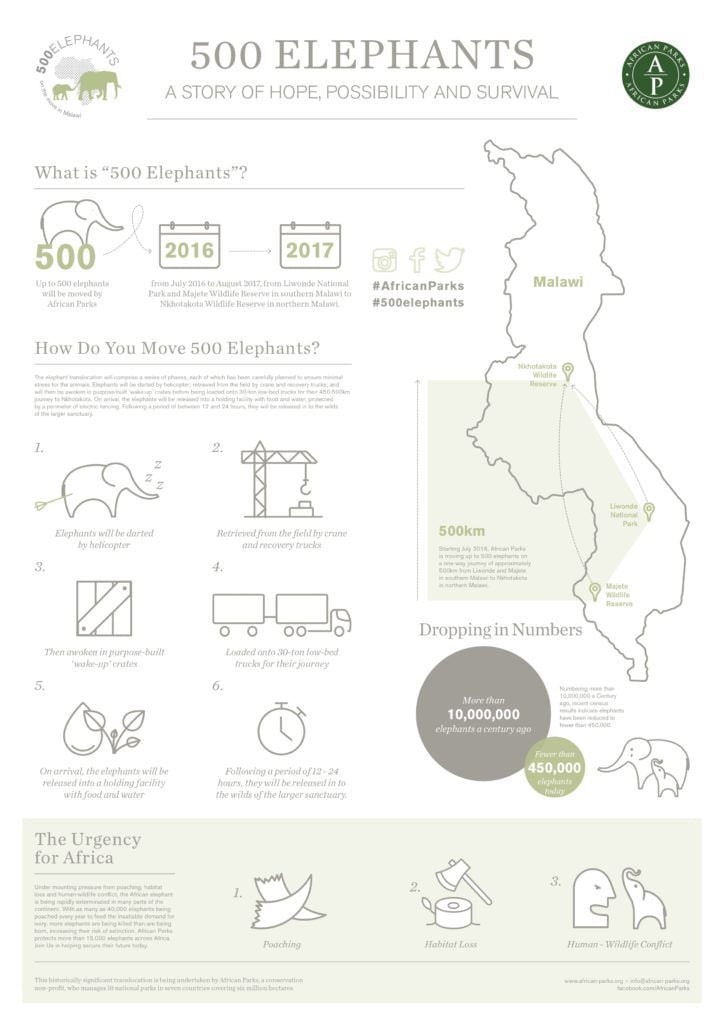