Progress: Elephant Poaching is Down for the 5th Year in a Row

Home » Animals » Progress: Elephant Poaching is Down for the 5th Year in a RowBy Lori Bell | November 3, 2017 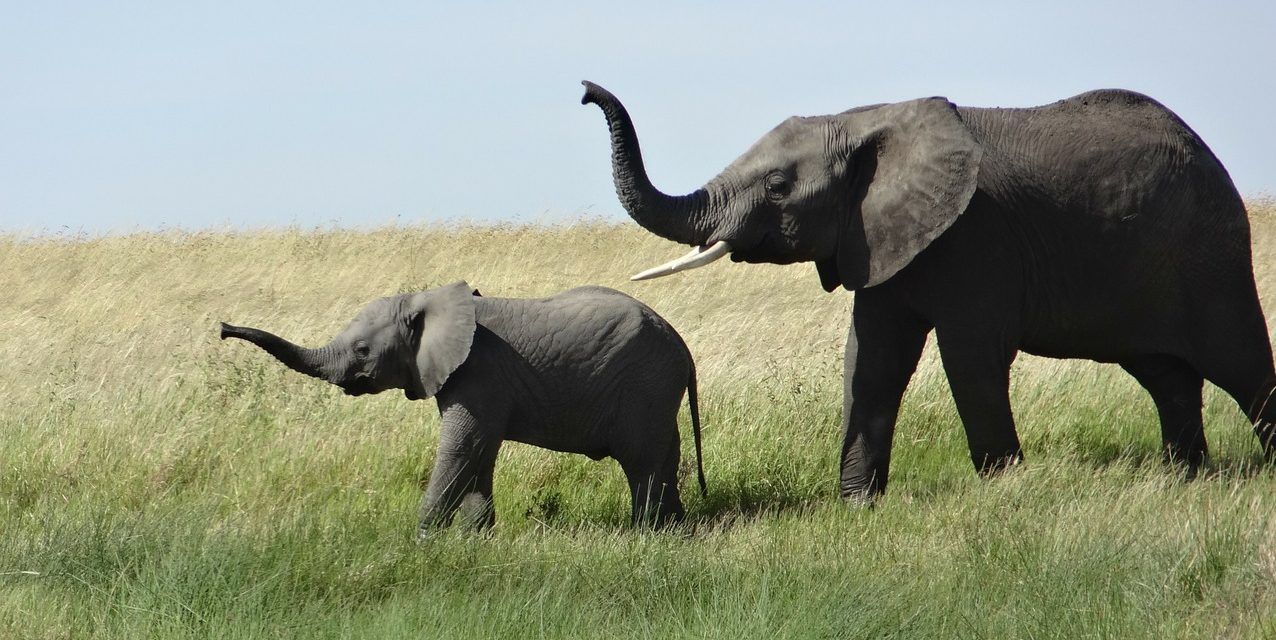 Picture by valeriaBaron via Pixabay, CC0.

Elephants face many obstacles, but a new report brings a glimmer of hope for this endangered species. According to the Convention on International Trade in Endangered Species of Wild Fauna and Flora (CITES), elephant poaching in Africa is down for the 5th year in a row.

That’s not the only good news. In some areas, like southern Africa, elephant populations are stable or even increasing; many countries are enacting stricter rules in relation to legal ivory trading, and the price of ivory is decreasing. All of this bodes well for elephants.

The report wasn’t completely positive, though. Elephants are still struggling in many respects.

“Eastern Africa has been badly affected by the surge in poaching over the last ten years, and has experienced an almost 50% reduction in elephant population,” CITES Secretary-General John E. Scanlon said.

While this figure may seem bleak, Scanlon put it into perspective by adding that since its peak in 2011, poaching has declined to pre-2008 levels.

“This shows us what is possible through sustained and collective front-line enforcement and demand reduction efforts, coupled with strong political support,” he said.

Despite the decline, there is still a lot of work to be done. According to the report, “Overall, reported poaching levels continue to pose a risk to the survival of African elephants, with the overall poaching trends in 2016 suggesting more elephants die from poaching than die from natural causes.”

While poaching has decimated elephant populations, it isn’t the only thing threatening elephants today. When humans expand agricultural lands or urban areas, they often encroach on elephant territory. Elephants are highly migratory, and this can limit their movement, destroy their habitat, or even put humans and elephants at risk of confrontations as they vie for the same spaces, which is exactly what’s happening in India and Malawi. 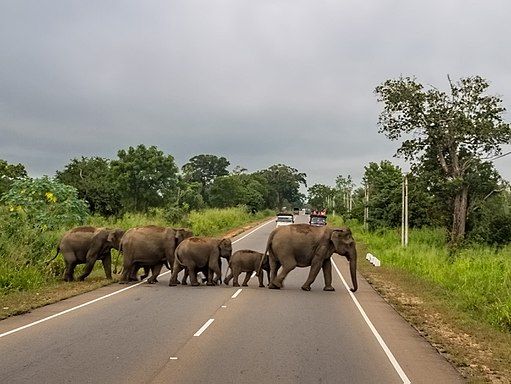 Sri Lankan elephants crossing a road as they exit a park. This migratory animal has trouble following its natural habits as humans take up more and more of its land. Picture by Dan Lundberg CC BY-SA 2.0, via Wikimedia Commons.

As the report authors put it, “whilst much of the current conservation focus is on the threat of poaching, in the medium to long-term human expansion into elephant habitats, civil unrest and climate change are all likely to constitute the greatest threats to the survival of the species.”

Elephant poaching may have decreased, but illegal ivory trading hasn’t. In fact, during 2016 officials seized the most ivory by weight since 1989, when CITES banned international trade in ivory. The researchers seemed somewhat perplexed by these two contrary trends, but explain that the large quantities of ivory traded in 2016 may have come from stockpiles or “time lags.” Poachers may have killed elephants for their tusks years ago, but only sold the ivory now.

Despite conservation efforts, the demand for ivory on the black market puts elephants at risk. Many countries are taking steps to try to discourage ivory trading, including the United States, China, and Britain, which have or are in the process of curtailing their domestic ivory trades. The report also stated that 20 countries or territories are working with CITES to develop a National Ivory Action Plan. Still, these efforts have seen few results thus far.

“With little apparent change in the level of illegal ivory trade transactions globally and an increasing quantity of ivory involved in these transactions, this analysis constitutes a rather discouraging result,” lamented the study’s authors. “Unfortunately, the illegal ivory trade trend through 2016 is not yet responding positively to these developments. African elephants remain in crisis and this analysis should be a warning that more needs to be done to curtail ivory trafficking and illegal ivory markets.”