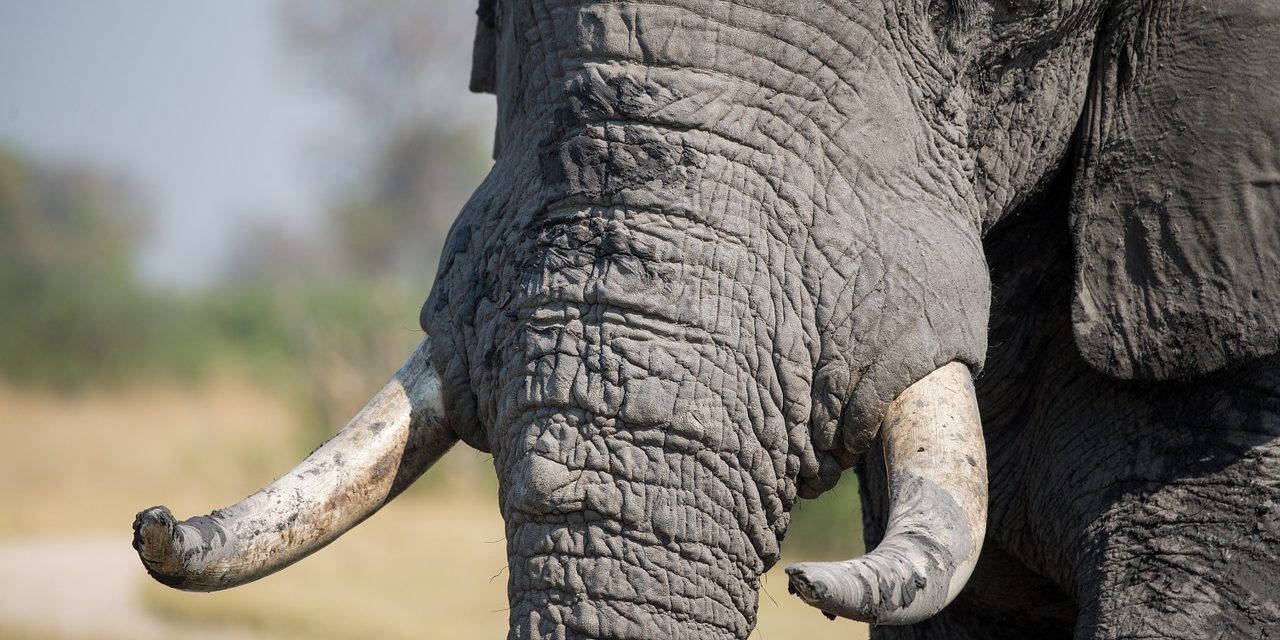 Picture by tonyo_au via Pixabay, CC0

This month the UK took a step in the right direction to protect elephants and discourage poaching. Environment Secretary Michael Gove announced a plan to ban the sale of ivory, no matter when it was made, last Friday.

“The decline in the elephant population fueled by poaching for ivory shames our generation,” said Gove after submitting the proposal. “The need for radical and robust action to protect one of the world’s most iconic and treasured species is beyond dispute.” 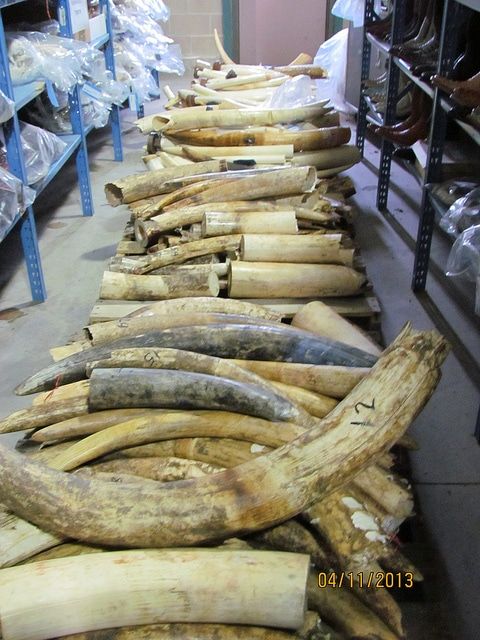 Picture of elephant tusks by the Fish and Wildlife Service via Flickr, CC-2.0.

Although trading internationally in ivory has been banned since 1989, that hasn’t limited illegal poachers or domestic trading. In the UK, it is still legal to sell many forms of ivory. Ivory items made before March 3, 1947 can be sold easily with no restrictions, and even items made after that date can be sold legally with a certificate.

This type of governmental permission to trade in ivory fuels the vicious practice of poaching elephants, leading to the deaths of nearly 35,000 elephants each year. This illegal trade brings in millions of dollars each year and has long-lasting effects on elephant populations. Not only does it thwart conservation efforts, it also changes elephant behavior, forcing them to become nocturnal to avoid poachers. Trading in ivory, even ivory originating decades ago, encourages poachers and endangers elephants because it enables new ivory to be sold, falsely passed off as antique.

“The unprecedented crisis we face – with Africa’s natural heritage being destroyed and communities put at risk due to poaching by illegal armed gangs – will only stop when people stop buying ivory,” said Stop Ivory’s chief executive, Stephenson. “Along with our partners, we congratulate the government on this important step and look forward to working with it and our colleagues to ensure the ban is implemented robustly and without delay.”

Today the UK Government is announcing proposals for or an #ivoryban to help bring an end to elephant poaching: https://t.co/TZvbdaorMm pic.twitter.com/1dIn7VGfjc 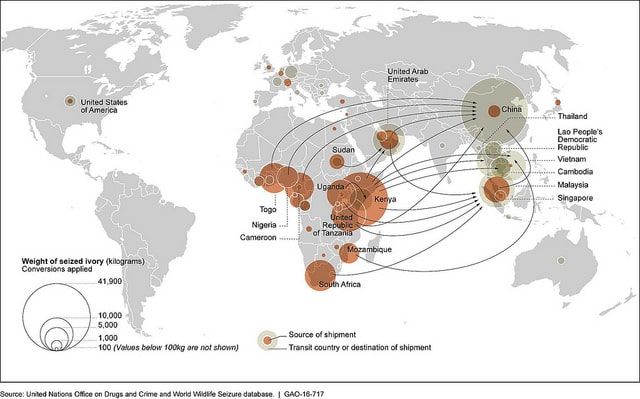 Map of the main illegal ivory trading between 2007 and 2014 by the U.S. Government Accountability Office. Graphic via Flickr, U.S. government work.

Luckily, many nations are coming to this realization and implementing measures to further limit the ivory trade. In 2016 and in 2017, the U.S. and China respectively banned domestic commercial ivory trades. Now, the UK is hopefully following suit. If adopted, the ban would do away with the 1947 rule, making ivory trades strictly illegal, no matter the date an item was produced.

“These plans will put the UK front and center of global efforts to end the insidious trade in ivory,” Grove stated.

The UK ivory ban may have 4 exceptions

There are a few exceptions to the proposed ban, however. Musical instruments containing ivory, objects with a minimal portion of ivory, and items that have a strong cultural or artistic value can still be sold. Museums are also allowed to sell ivory items, but only to other museums. For the ban to work, however, these exceptions must be strictly defined and enforced.

“Ivory should never be seen as a commodity for financial gain or a status symbol – so we want to ban its sale,” Grove said.

This new push to ban ivory in the UK is a positive step in the right direction, but a lot needs to be done before it goes into effect. Before the government actually takes action on the proposal, there is a 12 week consultation period.

Please show the UK government how important it is to stop trading in ivory by adding your name to Lady Freethinker’s petition to ban ivory in the UK and filling out the UK government’s survey to support their proposal. 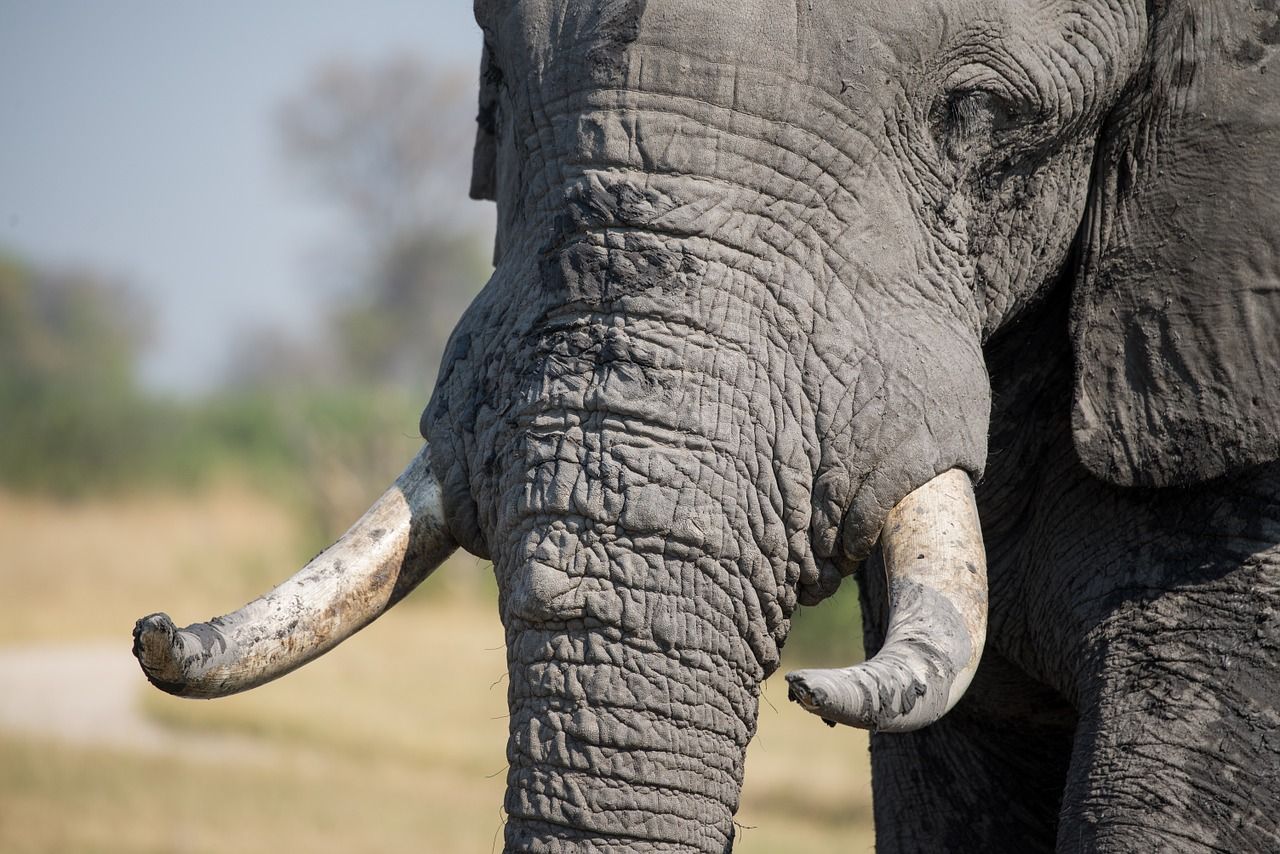