Will Gray Wolves Be Federally Protected Again? It Now Hinges on an Upcoming Ruling 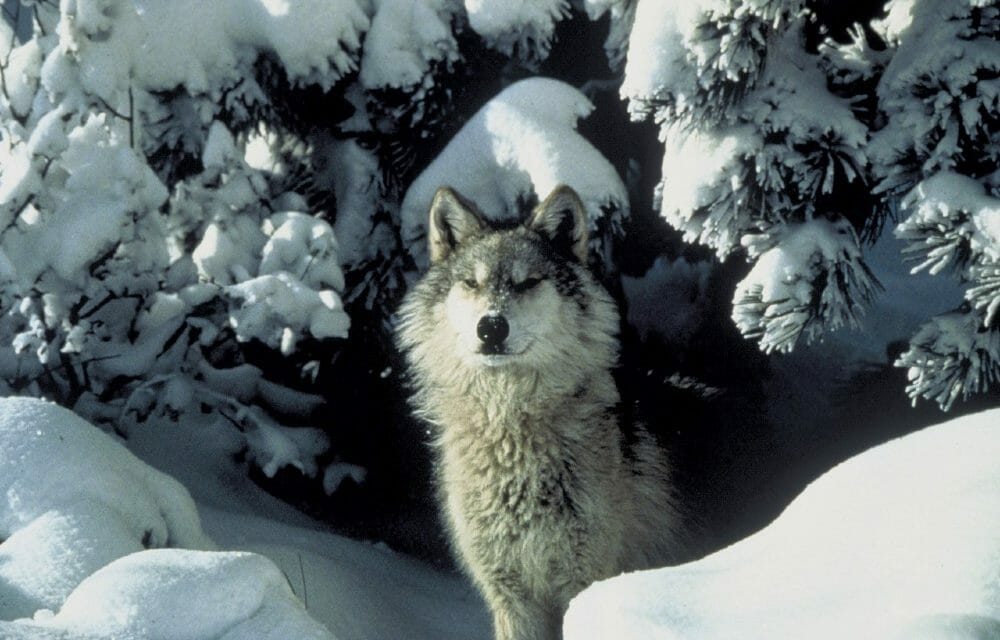 Whether thousands of persecuted gray wolves will regain federal protections through the Endangered Species Act (ESA) now hinges upon an incoming ruling from a district court judge.

Eitel argued that the population of wolves in question didn’t classify as a “species” and also that they had recovered.

The conservation groups’ attorneys explained that gray wolves do qualify as a “species” under the ESA, that a governmental analysis concluding that they had sufficiently recovered was inaccurate and flawed, and that allowing hunters to massacre and trap wolves would quickly and dramatically reverse any recovery progress.

The single day in court was the wolves’ only shot this time around, said Amaroq Weiss, a senior wolf advocate for the Center for Biological Diversity.

“There is no additional hearing upcoming on the federal wolf delisting,” she said, via email. “We are now simply awaiting a ruling/decision from the judge.”

Public outcry followed the announced de-listing of all gray wolves, except for small populations of Mexican gray wolves in parts of Arizona and New Mexico, in November 2020.

More than 1.8 million Americans wrote in to oppose the de-listing, as well as 86 members of Congress and hundreds of scientists, businesses, and veterinary professionals in what has been the “largest number of comments ever received by the federal government on the Endangered Species Act in the law’s 45-year history,” according to the Center for Biological Diversity.

The conservation groups that sued also filed several legal petitions urging immediate, emergency protections to stop the wolf massacres that resulted in Wisconsin, Montana, and Idaho. Upon receiving those documents, the FWS then announced a status review was warranted, given “present substantial scientific or commercial information.”

But while that review is underway, wolves continue to be slaughtered.

And that isn’t right, according to Natural Resources Defense Council Attorney Frank Sturges, who told the judge during Friday’s hearing that wolves deserve federal protections while the FWS is completing its review.

“We’ve already seen this year, clearly, what can happen to wolves if they lose those protections,” he said.

Tribal people have been at the forefront of demanding restored protections for wolves. Indigenous activists — including from the Oneida Nation and the Rocky Mountain Tribal Leaders Council — gathered in Washington, D.C., at the end of October to urge the Interior Department to restore federal protections through emergency action.

Rain, whose Indian name is Náhkȯxho’óxeóó’ėstse and who serves as the executive director of the Global Indigenous Council, told E&ENews that wolves are revered in many tribal cultures.

“We must not let state, provincial, and federal governments continue to define issues as ‘environmental’ or ‘wildlife’ when they are cultural,” Rain said. “These are social justice issues. What is happening to the wolf is a social justice issue for tribal people.”

Suzy Orzas, an attorney representing tribes including the Chippewa, also asked that the court provide protections for wolves while their vulnerability status is being re-assessed.

“Without [that], wolves will be massacred,” she said.

John Horning, the executive director of WildEarthGuardians, pointed to 216 wolves killed in less than 60 hours in Wisconsin following the de-listing, to three young wolves from Yellowstone’s beloved Junction Butte pack who were killed after they inched beyond the park’s boundary during the first week of Montana’s wolf hunting season, and to laws in Idaho and Montana that likely will lead to the deaths of up to 1,8000 wolves by cruel and inhumane methods — from vicious snares to being shot from helicopters or run over with ATVs.

“We’re not sure how quickly the judge will rule, but please keep your paws crossed, and let out a howl if you need to,” he wrote in a recent column. “We are in this together, and together is how we will defend the wolves and the wild.”

If you haven’t already, sign our petition urging for the immediate re-listing of gray wolves under the Endangered Species Act to give this precious species the protections they need and deserve.