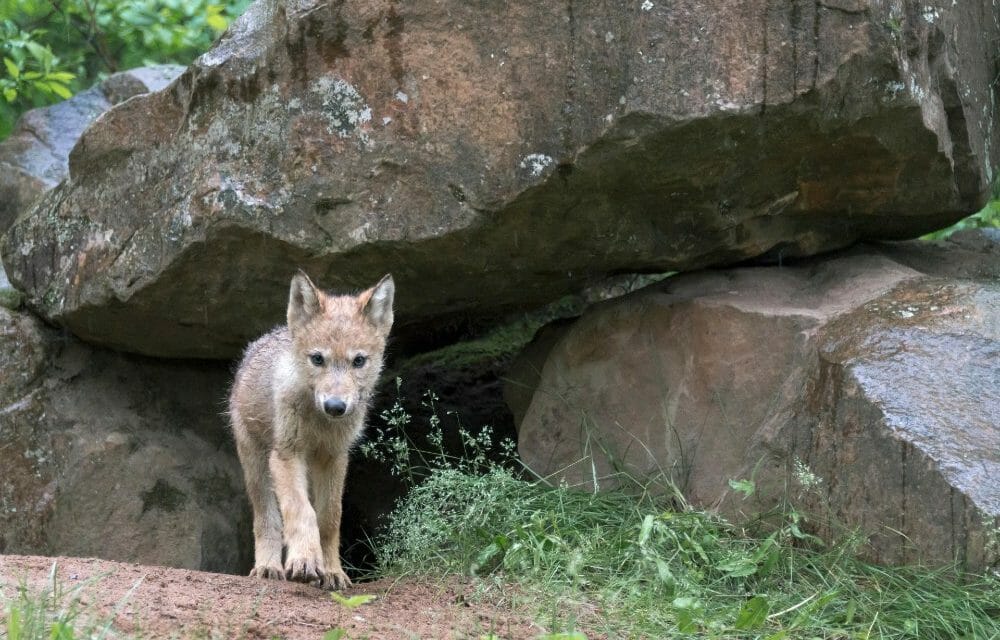 Students at Timberline High School in Boise have been studying the pack since 2003. This spring, they found the den empty — an unusual occurrence.

Wolf Conservationist Suzanne Asha Stone tracked down the state’s wolf mortality list, kept by the Idaho Department of Fish and Game. She learned federal agents with Wildlife Services had massacred the pups, according to the Washington Post.

“The mission of Wildlife Services is ‘to improve the coexistence of people and wildlife,’ not killing defenseless puppies in their den, especially when there are so many effective, nonlethal alternatives,” Stone said in a press release.

Timberline high schoolers are heartbroken. Their science advisor is outraged.

“It was so shocking to see that federal agents were the ones to come into a pups’ den to kill them, even though the pups didn’t do anything,” said Michel Liao, a member of the school’s TREE Club.

The environmental club has advocated for the “T-pack” on social media and also is planning to send a letter to the Biden Administration, urging that wolves once again be given federal protections.

Dick Jordan, the group’s science advisor, told local media that the killings are “inhumane,” “unethical,” and “not ecologically sound.”

The massacre also sends a mixed message to the students, he added.

“We tell our students that science is key in wildlife management, yet scientific evidence tells us that killing or disturbing stable wolf packs leads to more livestock conflicts, not less, and it undermines our native ecosystems,” Jordan said. “Killing wolf pups is not humane, by any sense of the word.”

The massacre follows legislation passed earlier this year that allows private contractors and hunters to kill an unlimited number of wolves, including via inhumane methods such as shooting the animals from helicopters or running over them with ATVs or snowmobiles.

Conservationists worry that the legislation, with its broad sanctions on wolf killings, will reduce the state’s population down to the minimum of 150 wolves — a limit established in a 2002 conservation law, according to the BBC.

A group of organizations — including the International Wildlife Coexistence Network, Western Watersheds, Friends of Clearwater and Center for Biological Diversity — sent the federal government a letter calling for an immediate halt to the killings.

The government’s response, via a 2-page letter in early October signed by USDA Undersecretary of Marketing and Regulatory Programs Jenny Lester Moffitt, said that killing the pups was “necessary” to reduce predator populations. She wrote that the state has confirmed 108 livestock have been killed this year by wolves.

Her letter does not mention that Idaho has a reported 2.5 million cattle — meaning that wolves have killed less than 0.004 percent of the state’s cows in documented depredations — or that this year’s reported deaths are similar to the state’s 3-year average of about 113 livestock killed each year by wolves.

Talasi Brooks, of the Western Watersheds Project, condemned the government’s backing of the unnecessary and brutal killings.

“We are shocked that the Biden administration condones the slaughter of weeks-old pups on public lands at the behest of private livestock interests,” she said in a press release. “Wolves, especially wolf pups, pose no significant threat to livestock.”

Lady Freethinker condemns the brutal, merciless massacre of innocent wolf pups. This tragic incident is a pressing reminder of the need to provide federal protections to vulnerable wolves in the states where they are being mindlessly persecuted.

If you haven’t already, sign our petition urging the federal government to re-list wolves under the Endangered Species Act.