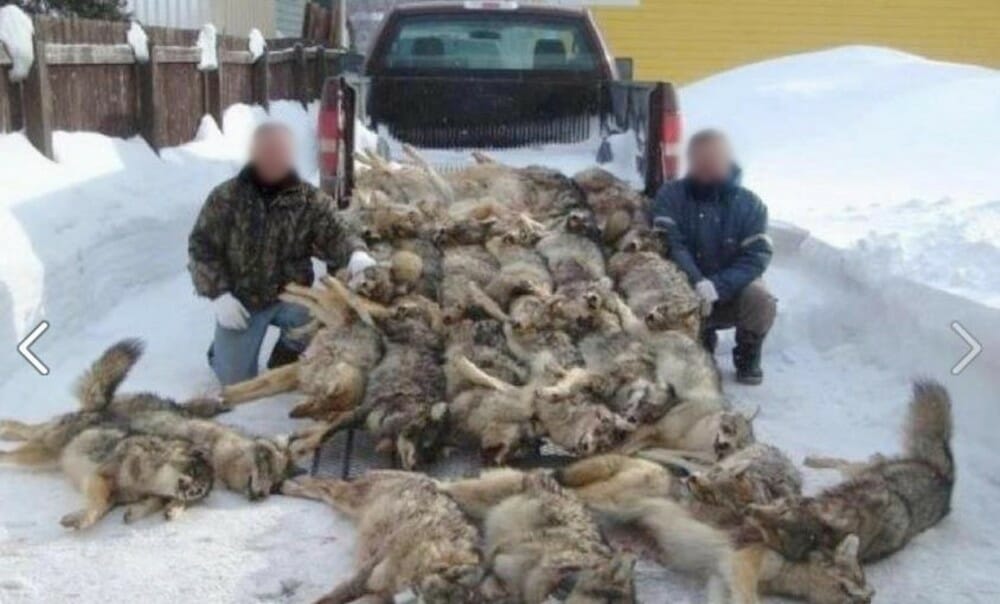 A coalition of conservationists concerned about controversial large-scale wolf killings has sued the State of Wisconsin.

The coalition — including Great Lakes Wildlife Alliance, Project Coyote, Animal Wellness Action and Center for Humane Economy — are demanding the cancelling of both a planned fall wolf hunt and a law passed in 2011 that mandates an annual wolf killing, according to The Associated Press (AP).

The lawsuit alleges that the fall wolf hunt would be devastating for the state’s wolf populations — currently estimated at 1,000 wolves, although conservationists say that’s likely an over-count due to poaching.

The lawsuit also alleges that the current statutes, established a decade ago, run counter to the Department of Natural Resources (DNR)’s constitutional and statutory responsibilities to protect the state’s wildlife.

Wisconsin came under fire earlier this year, when proposed legislation advocated allowing the use of merciless snare traps for wolf hunts and when hunters killed almost double the number of wolves permitted by a state-issued kill quota for a February hunt.

In that massacre — the result of pressure from Hunter Nation, and in spite of expert advice from state wildlife officials — hunters killed 218 wolves in Wisconsin in four days, far surpassing the quota set that had allowed for 119 deaths.

But Wisconsin’s DNR recently authorized a fall hunt — reserving half of the kill quota for Chippewa tribal members. The tribe refuses to hunt wolves, however, because they consider the animals sacred, according to the AP.

Anticipating that refusal, DNR experts set the fall hunt’s quota at 130 animals — meaning they expected up to 65 wolves to be killed.

But DNR’s board, reviewing that determination, bumped the kill quota up to 300 animals – meaning at least 150 wolves likely will be killed.

The conservationists’ lawsuit alleges that the board review and final quota ignored science and expert advice, and instead came to “a politically contrived conclusion,” according to the lawsuit.

Patrick Clark — a resident of Beaver Dam, Wis., and also a plaintiff in the case — said he used to enjoy watching a pack of nine wolves in the area. But he told AP that seven of those precious animals have since been killed by hunters.

The DNR did not respond for comment on the pending litigation, the AP reported.

If you haven’t already, sign our petition demanding that the continued persecution and massacre of wolves using brutal and inhumane methods in the United States stops.