No, Trophy Hunting Does Not Help Save Endangered Species 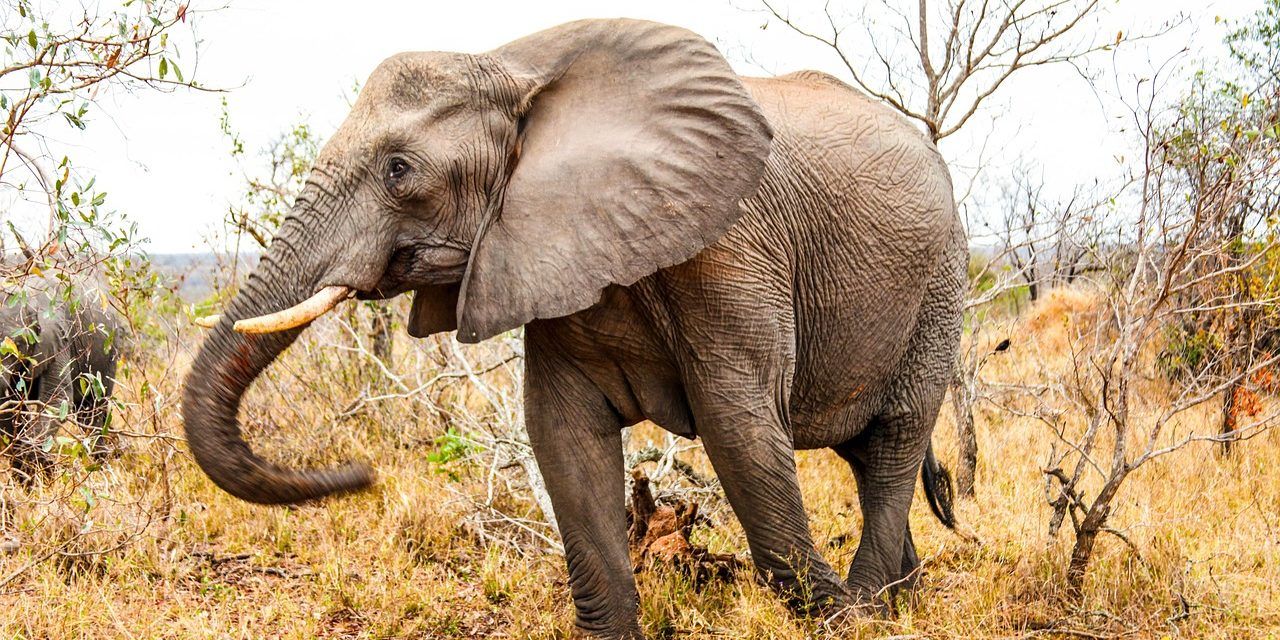 Picture by StockSnap via Pixabay, CC0.

An estimated 100 African elephants are killed every day by poachers. While it’s clear elephants are endangered, the most effective way to protect them remains hotly debated. A minority of wildlife welfare advocates see trophy hunting as a way to “help” endangered species, arguing that countries can use revenues from hunting permits to fund conservation efforts.

In an effort to deter poachers – and their US buyers -in Zimbabwe and Tanzania, the U.S. Fish and Wildlife Service (FWS) suspended elephant-trophy imports from those countries. That was in 2014. Then just last week, the same FWS reversed their 2014 decision, effectively lifting the ban on elephant trophies from Zimababwe and Tanzania.

After reviewing information from the Zimbabwe Parks and Wildlife Management Authority and other sources, the FWS issued a controversial notice stating “the killing of trophy animals in Zimbabwe, on or after January 21, 2016, and on or before December 31, 2018, will enhance the survival of the African elephant.”

The decision to allow trophy hunting in Zimbabwe is based on the fact that Zimbabwe adopted a new elephant management plan in 2016. This plan includes new data measurement tools which make it easier to measure elephant population baselines, the effects of anti-poaching strategies, and assess hunting quotas.

The idea behind trophy hunting as a form of conservation 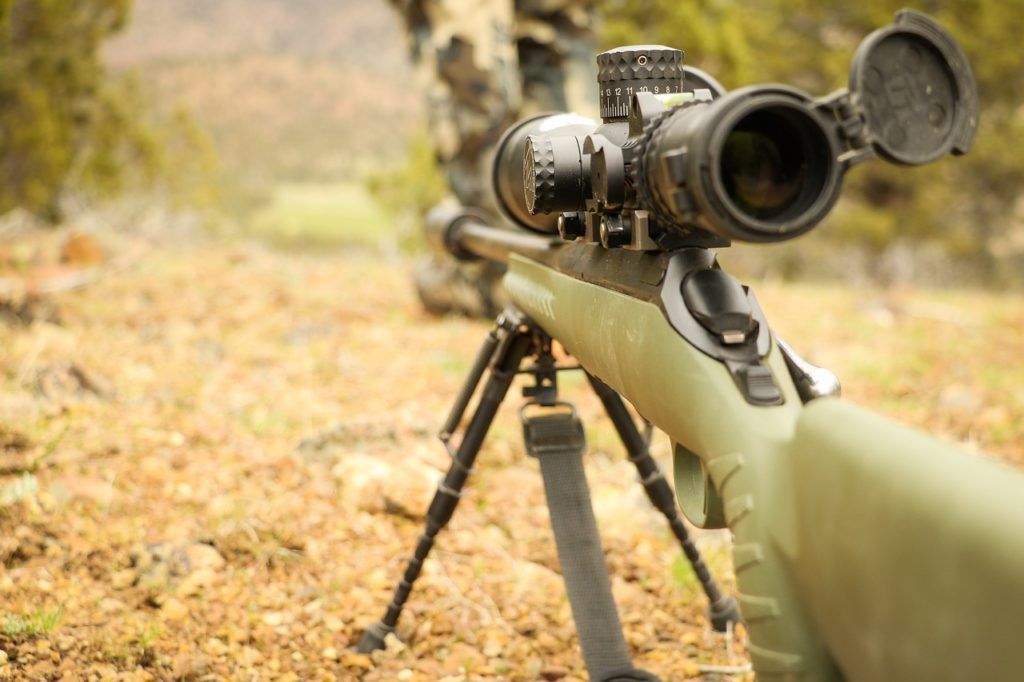 Picture of hunting scope by ddefillipo via Pixabay, CC0.

“Trophy hunting is a form of wildlife use that, when well managed, may assist in furthering conservation objectives,” the International Union for the Conservation of Nature (UICN) claims. According to the UICN Species Survival Commission, trophy hunting helps threatened species “by creating the revenue and economic incentives for the management and conservation of the target species and its habitat, as well as supporting local livelihoods.” The possible benefits to wildlife and communities, though, rely completely on good management, measurement, and compliance.

The idea behind trophy hunting assumes that local communities may not value endangered wildlife like elephants from a global perspective. On the ground, in everyday life, elephants can be a destructive nuisance that interfere with people’s livelihoods. Of course, this is especially true where those livelihoods depend on farmland created from previous elephant territory.

Unfortunately, this is a common occurrence. As much as people want to protect elephants on an international scale, the reality is that living next to them can be dangerous, as is the case in southern India, where coffee planters run the risk of stampeding elephants that wander onto the plantations. This can lead to unnecessary human and elephant deaths as people try to protect themselves and the crops they need to survive.

Trophy hunters, on the other hand, attach a great value endangered species – financially speaking, at least. Trophy hunters can bring large amounts of money into an area, and arguably ensure that the profits from an animal’s death trickle down more above-board channels, diverting funds to wildlife conservation and “restocking” (breeding) programs instead of to the regional crime lords who usually pull the strings behind poaching syndicates. Theoretically, trophy hunting affects a very small portion of the endangered species. Proponents of trophy hunting say that the money brought in by the “sport” motivates local people to have a greater stake in a species’ survival.

Picture of Donald Trump’s sons Eric and Donald Jr. with a “trophy” – a leopard. Photo: HuntingLegends.com

Looking more closely at the argument, and the reality of the situation in countries where elephants live, it quickly becomes clear that trophy hunting does not help elephants or local people.

In fact, the UICN’s examination of trophy hunting in sub-Saharan Africa revealed that it has relatively low economic returns given the amount of land taken up by game reserves. As for the benefit to local populations, the report found that even when game parks were managed locally, the returns were “insignificant, and cannot prompt them to change their behavior regarding poaching and agricultural encroachment.”

“The number of salaried jobs generated (15 000 all over Africa) is low considering that 150 million people live in the eight main big game hunting countries, and that hunting takes up 16.5% of their territory,” according to the UICN. “To summarise, the hunting sector uses up a lot of space without generating corresponding socio-economic benefits.”

Cecil the lion, was killed for a trophy in Zimbabwe.

The same UICN report found that trophy hunting in Africa results in about 105,000 animals deaths per year, “including around 640 elephants, 3,800 buffalo, 600 lions and 800 leopards.” Since many of these species are endangered, these numbers aren’t always “sustainable.”

A 2016 survey of elephant populations across Africa shows there are likely 415,428 ± 20,111 elephants in areas commonly surveyed and possibly another 117,127 to 135,384 elephants in areas not usually surveyed. This means that in a best-case scenario there are only a maximum number of 570,923 elephants left in the whole continent of Africa.

These numbers represent a dramatic decline in the elephant population.

Over the last 10 years, the East African Elephant has declined by about 50 percent, mostly due to poaching. The trophy-hunting schemes that claimed to offer a solution have only worsened this decline. This is why it’s so important to preserve the elephants that are left, rather than promoting their death by issuing hunting permits. Countries like China, Britain, and even the U.S. are working hard to end the ivory trade and thereby discourage poaching. Allowing trophy hunting for the wealthy seems like a completely contrary and hypocritical policy.

“What kind of message does it send to say to the world that poor Africans who are struggling to survive cannot kill elephants in order to use or sell their parts to make a living, but that it’s just fine for rich Americans to slay the beasts for their tusks to keep as trophies?” asked the President and CEO of the Humane Society, Wayne Pacelle in response to the FWS’ plan to lift the ban on trophy hunting.

In 2015, the hunter who killed the famed lion Cecil had a permit. Although the lion was being tracked by scientists, the killing was completely legal. Of the 62 those scientists had tagged and were tracking in the Hwange National Park, a shocking 24 lions were legally killed by hunters during the study.

This highlights another problem with big game hunting. Many game ranges are located near national parks or other conservation areas, and animals that move or cross boundaries are at risk.

The 2014 trophy ban reduced elephant deaths and ivory imports to the U.S. significantly

According to the Washington Post, banning trophy hunting from Zimbabwe in 2014 had significant impacts. Between 2005 and 2014 (the year the ban went into effect) the U.S. imported over 350 elephant tusks and trophies each year. After the ban, that number dropped to less than 150. 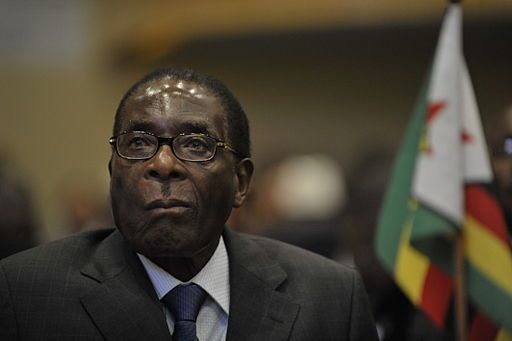 Robert Mugabe of Zimbabwe represents many of the country’s problems with corruption. Picture by U.S. Navy photo by Mass Communication Specialist 2nd Class Jesse B. Awalt/Released CC0, via Wikimedia Commons

It’s true that permits for trophy hunting can bring in significant funds. Unfortunately, most citizens never see those funds, especially in countries like Zimbabwe where corruption is a lingering problem. According to a 2015 report by Transparency International, Zimbabwe is the most corrupt country in southern Africa.

“For decades, Zimbabwe has been run by a dictator who has targeted and killed his political opponents, and operated the country’s wildlife management program as something of a live auction,” Pacelle wrote in his blog on Friday. “Government officials allegedly have been involved in both poaching of elephants and illegal export of ivory tusks. Zimbabwean President Robert Mugabe even celebrated his birthday last year by feasting on an elephant.”

Pacelle strongly decried the FWS’ decision to lift the ban on trophy hunting in Zimbabwe. He went on to explain the dire condition for elephants in Zimbabwe in particular, where populations have decreased dramatically from 200,000 in 1972 to only 21,000 in 2016. Despite the U.S. Fish and Wild Life Service’s recommendation, Pacelle writes that the real evidence of “new” information cited by the FWS’ notice is “lacking.”

Furthermore, the long-time dictator Robert Mugabe’s refusal to relinquish power even after military intervention underscores the unstable political nature of Zimbabwe and its limited ability to enforce animal protections.

Whether or not the recommendation to allow trophy hunting will go into effect is still uncertain. Shortly after the notice was posted, animal welfare groups and conservationist voiced their concerns:

Disappointing news from @SecretaryZinke & @USFWSIntl. An Obama-era import ban on elephant trophies from Zimbabwe is now lifted, ignoring devastating poaching rates. Trophy hunting does nothing for conservation & will only lead to declines of Zimbabwe’s ????! #SaveTheElephants pic.twitter.com/t9QpjL9S9T

For now, president Trump tweeted he would need to review the evidence before making a final decision.

Put big game trophy decision on hold until such time as I review all conservation facts. Under study for years. Will update soon with Secretary Zinke. Thank you!

Trumps promise to review the facts isn’t too assuring, though. Trump’s own sons Eric and Donald Jr. have killed several endangered animals in Zimbabwe, including an African elephant and the beautiful leopard pictured above. Aside from potential pressure from his own family, the president will be pressured by the FWS to allow trophy hunting. Although the president assured Twitter fans that the decision was “on hold,” the FWS clandestinely started issuing permits again for lion trophies from Zimbabwe and Zambia last month.

Tanya Sanerib from the Center for Biological Diversity told National Geographic, “There’s a real concern that legal hunting of elephants provides cover for illegal hunting. When trucks, guns, and hunters are allowed on the landscape, rangers don’t know who’s who…until the Zimbabwe import decision is officially rescinded or revoked, elephants are at risk and we’ll do everything we can to fight that decision.”

Conservationists and anyone concerned about these endangered species need to move quickly to stop the FWS’s recommendation to reinstate trophy hunting in Zimbabwe. Right now, you can help by signing Lady Freethinker’s petition calling on the government to reinstate the successful ban on trophy hunting imports from Zimbabwe.