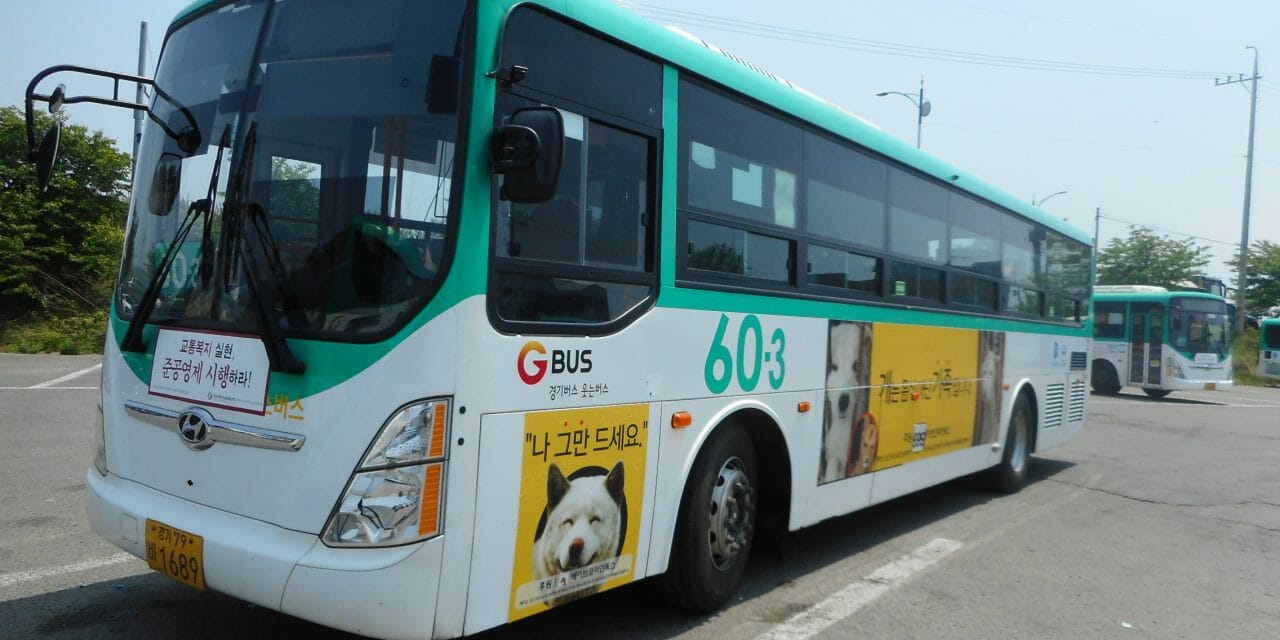 At the end of 2018, LFT began sponsoring the two bus ads in the city of Gimpo, nicknamed “The Valley of Dog Meat in South Korea.” Messages on the ads, which were created in cooperation with the Gimpo-based animal rescue organization Save Korean Dogs, translate to “Dogs are not food but family,” and “Please do not eat me.” 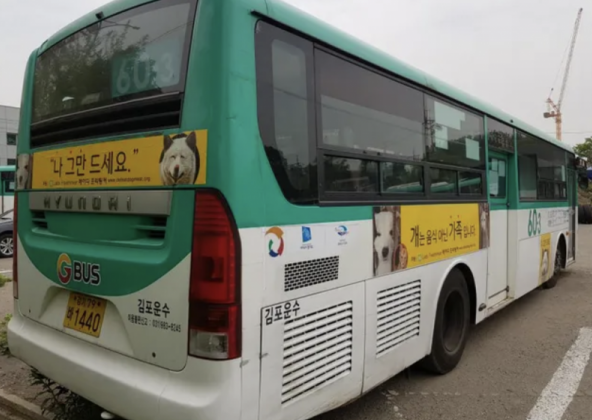 The decision to continue the campaign stems from the need for continued pressure against consuming dog meat in Gimpo, as well as the success of the program thus far. Citizens of Gimpo, including grocery store and pharmacy employees, have responded positively to the ads, according to Nami Kim, founder of Save Korean Dogs.

“We are pleased to continue sponsoring a campaign that has garnered major attention and sends the message every day that we should love dogs as family, not kill them for food,” stated Nina Jackel, founder of Lady Freethinker. “As evidenced by the closure of dog meat markets across the nation, South Korea’s citizens are no longer willing to tolerate the cruelty of the dog meat trade, and public perception is changing.”

In addition to our ad campaign against dog meat, a petition effort by LFT and Save Korean Dogs was delivered to Gimpo Mayor Ha-young Jung on Monday, calling for a ban on dog farms within the city. The petition garnered over 60,000 signatures.

Around two million dogs are brutally slaughtered annually for human consumption throughout Korea’s thousands of dog meat farms. Due to the woefully misguided belief that torturing dogs makes their meat taste better, many are electrocuted, hung, or torched alive.

Along with bus ads, petitions and widespread media attention to help end the brutal dog meat trade in China and Korea, LFT provides assistance for animals in desperate situations across Asia, working directly with rescuers on the ground and helping with costs such as veterinary care, food, and shelter.

Please sign our petitions to ban the cruel dog and cat meat industry for good: 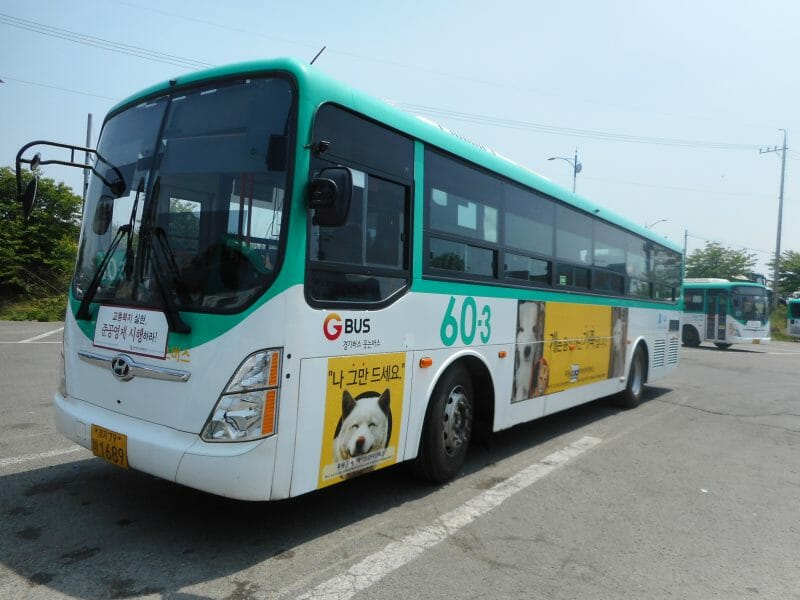