Adorable Slow Loris Has Teeth Ripped Out for Selfies 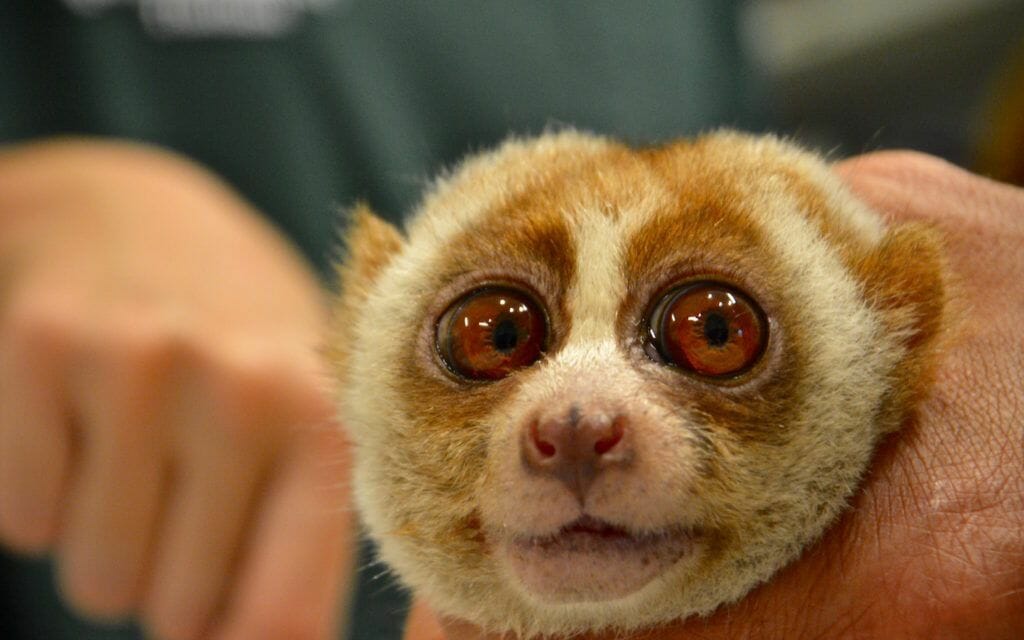 The nocturnal slow loris is adorable by any standards.  Their huge eyes and teddy bear good looks are an immediate attention-getter.  One look and you want to capture the moment in a picture that can be shared and revisited for a lifetime.  That reaction is exactly what Thailand animal abusers counted on to turn recently named Boris Loris from a happy wild animal to a money maker. 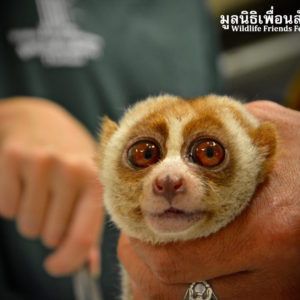 Boris came to the Wildlife Friends Foundation Thailand after being found abandoned on a Thailand beach.  An initial examination indicated that Boris is one of many victims of the illegal use of wild animals as photo opportunities.  Individuals in exotic locations often feed on tourist money by cruelly capturing wild animals and then pimping them out for cash.
Dangerous snares that often maim and kill are set to steal slow loris babies from their mothers.  A broken wrist indicates that Boris was captured in this way.  And since saliva mixed with an oily fluid from his elbow becomes toxic and could be transmittable with a bite, Boris was made “safe” by eliminating his teeth.  Barbarically so, using methods of teeth clipping and extraction without sedation or anesthetic. 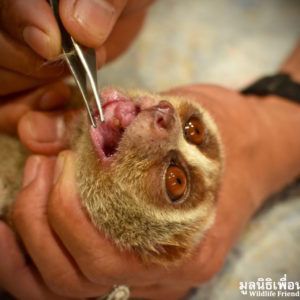 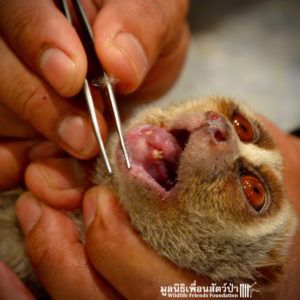 Not only was Boris used, abused and made to work and live in unnatural and probably terrifying environments, but once he was deemed invaluable he was discarded.  Abandoned without his family, without his teeth and without any possibility of surviving.  Adding insult to injury is that living without teeth not only affects the quality of his life but it makes him ineligible to be released back into the wild.  The one silver lining is that he will have the comfort of living out the rest of his life in a sanctuary with trees to climb and other primates for companionship.
Captors like the ones who imprisoned Boris are making the slow loris trendy.  They can be purchased as pets, are increasingly popular as entertainment on YouTube and of course, more and more of us come home from vacation with a slow loris photo as a memento.
A few years ago, a selfie taken by celebrity Rihanna with a slow loris led to the rescue of two lorises and the arrest of two people in Phuket.  It also helped raise awareness of the slow loris’ plight and the power we have to stop the demand.  Awareness is always the answer.  If you are approached on vacation to spend a few dollars in exchange for a photo op with an exotic (often endangered) creature, think twice about the true cost of that picture.