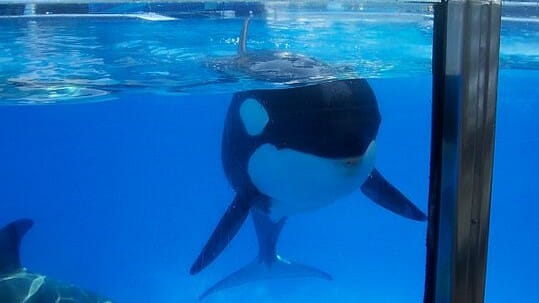 France announced it will ban the use of wild animals in traveling circuses and marine parks , saving bears, lions, tigers, dolphins, whales and other wild animals from suffering in captivity, reported BBC News.

The French Minister of Ecological Transition Barbara Pompili made the announcement, which also includes a ban on raising mink for fur, an action the the Netherlands recently took back in June.

“It is time to open a new era in our relationship with these [wild] animals,” said Pompili at a press conference. “It is time that our ancestral fascination with these wild beings no longer means they end up in captivity.”

The timelines for these changes vary. France’s three marine parks won’t be able to breed or bring in dolphins or killer whales starting immediately, and no new aquariums are allowed to be built, BBC reported.

Pompili said that the travelling circus ban on wild animals should also start as soon as possible, but it is likely that it will take a few years as solutions are found for both animals and workers, according to ABC News.

The French government is investing over $9 million into helping people who work at marine parks and in traveling circuses find new jobs.

France’s measures are the most recent in a worldwide push to end the use of captive wild animals in entertainment. In February, Indonesia banned traveling dolphin circuses, and last year, Denmark freed the country’s last four circus elephants.

In total, more than 40 countries around the world, and six states in the United States, have some type of ban on wild animals in the circus, according to nonprofit Four Paws.

These bans come as the public increasingly recognizes the cruelty of holding wild animals captive and forcing them to perform for human entertainment.

Whales and dolphins in captivity live in tanks that are too small, keeping them from performing natural behaviors and leading to health problems. Similarly, wild animals in the circus are also kept in inadequate enclosures. They’re trained and forced to perform using cruel techniques and suffer from the stress of traveling.

Unfortunately, the ban will not apply to zoos or permanent shows, but it is a hopeful step in the right direction.