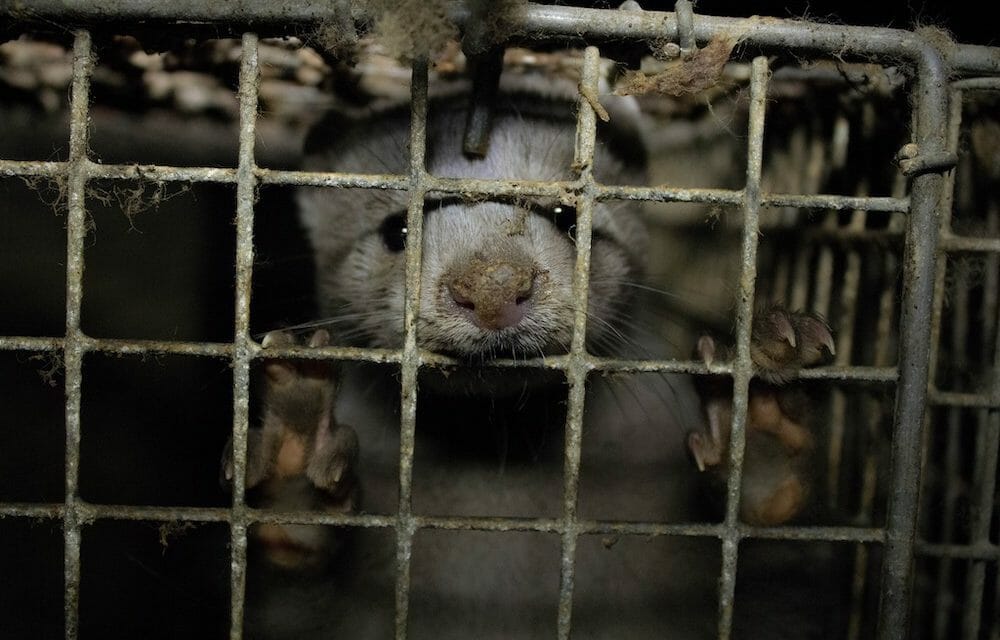 In a significant win for animal rights, the Netherlands – one of the world’s largest producers of mink fur – has voted to permanently shut down its mink farms as a consequence of the coronavirus pandemic.

On Tuesday, the Dutch Parliament voted on several proposals impacting the mink industry, including a ban on restocking 17 farms already shut due to COVID-19 outbreaks, as well as ending the commercial breeding of animals vulnerable to the virus, which will include the country’s remaining mink farms. The shutdown is expected to occur by the end of the year, according to National Geographic.

The Netherlands is one of 24 countries where mink farming is still permitted, and in 2018, it saw 4.5 million mink farmed for their fur. In the wild, mink are solitary creatures that spend their days roaming around and swimming. On farms, they’re stuffed into small, filthy cages covered in their own urine and feces.

The country has been slowly phasing out this inhumane industry since 2013, and a nationwide ban on the mink industry was due in 2024, but animal rights campaigners have been pressing for the shutdown to happen sooner.

“It is a huge breakthrough,” said Dutch lawmaker Esther Ouwehand. “The killing of animals for their fur in the Netherlands is finally coming to an end. Besides being morally reprehensible, mink farming is now simply untenable because it poses a threat to public health.”

Since June 6, the Dutch Government has ordered almost 600,000 mink to be gassed in a cull on 13 fur farms to try and stem the spread of coronavirus. So far, no other countries have announced plans to end mink farming due to the pandemic.

The new motions passed by parliament must still be approved by the Dutch Government before they are signed into law.