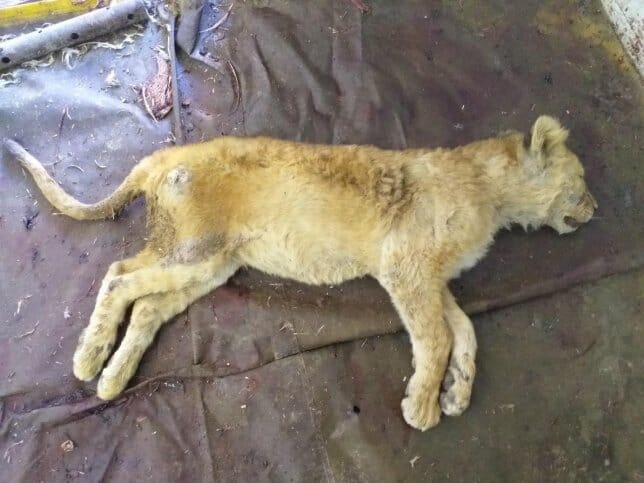 Officials inspecting a lion breeding farm in South Africa discovered a multitude of horrors during a surprise visit in July.

The first heartbreaking case of neglect was captured on video; two lion cubs locked in separate metal crates displayed serious neurological issues as their heads shook uncontrollably. With their front and back legs paralyzed, accompanying other serious injuries, the vet had no choice but to euthanize them at the scene.

Further searching revealed the bodies of around 20 tiger and lion cubs stuffed into a chest freezer. 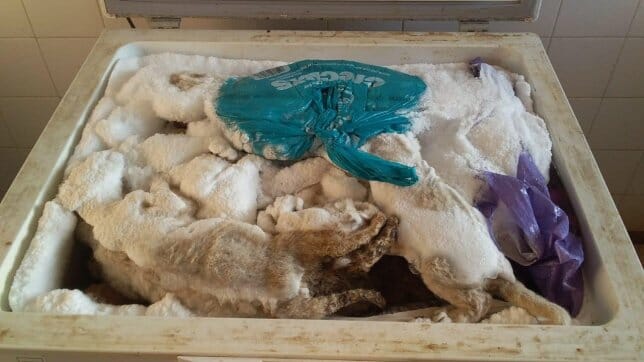 Shockingly, this isn’t the first time inspectors have found severe animal welfare issues at Pienika Farm in the North West Province. In April this year, officers from SA’s National Society for the Prevention of Animals (NSPCA) visited the property and found dozens of lions and tigers cramped together in small cages, many with no water or shelter. Twenty-seven animals were nearly bald due to extreme mange. The caracals were so obese they couldn’t even clean themselves. 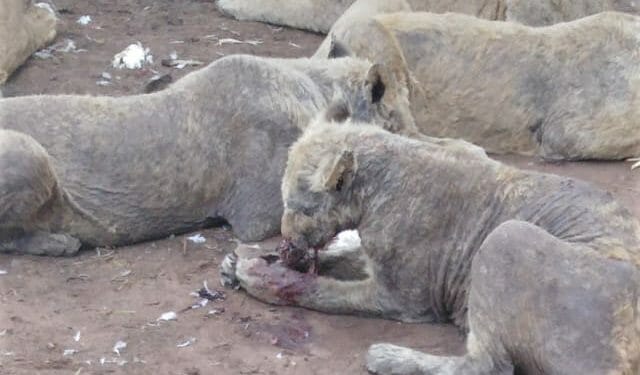 During that first visit, more cubs suffering from severe neurological conditions were found.

Animal welfare charges were laid, but no action has been taken since then, as officials are reportedly still gathering evidence. Further charges will be added following the second inspection.

This farm is just one of an estimated 300 lion breeding farms in South Africa, where big cats are bred purely for lives of exploitation. Many end up as fodder for the canned hunting industry — but only after being used and abused throughout every stage of their lives. Ultimately, they are harvested for the lion bone trade.

Advocacy organization the Campaign to Ban Trophy Hunting alerted The Sun to this tragic case, bringing the issue of lion farming in South Africa into the media spotlight.

“There are around 60 such facilities in South Africa breeding big cats for people to pet, bottle feed, and then shoot for a trophy,” said Eduardo Goncalves, founder of the Campaign to Ban Trophy Hunting. “The bones are often sold off to dodgy dealers in Asia who make fake medicines out of them. This is the reality of big cat factory farming in South Africa. It’s simply obscene. The animals are kept in appalling conditions, and their owners make a fortune out of their misery.”

What is canned hunting?

Canned hunting is where people pay a fee to kill exotic animals kept in a confined area. The animals have no escape and are conditioned to humans, so they lack the flight response of wild animals.

Not only is the practice of killing animals bred in captivity legal in South Africa, it is thriving. The Born Free Foundation estimates that more than 8,000 lions and other big cats are held in hundreds of farms in the nation.

“Africa’s lions are facing an unprecedented crisis,” says Dr. Mark Jones, Head of Policy at the Born Free Foundation. “There are now almost three times more in captivity than there are in the wild. These animals have a short and traumatic life in what is an incredibly cruel and cynical industry.” 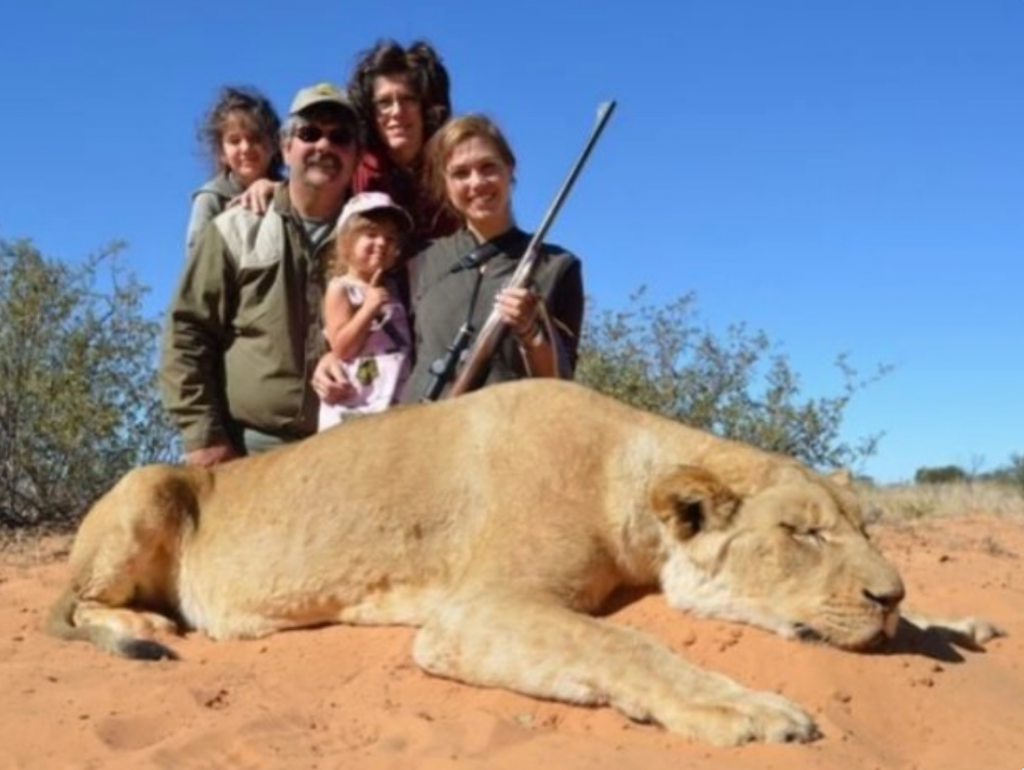 The big cats are ripped away from their mothers at around two-to-three weeks old. The mother is then immediately forced to breed again in a torturous cycle. Gullible animal lovers pay to volunteer at lion cub “orphanages,” petting and bottle feeding these babies, falsely assuming their efforts are contributing to conservation.

The cubs are then exploited at lion-walking facilities, where tourists spend money to get selfies. Finally, they are sold to the canned hunting sites. After being ruthlessly murdered, their body parts and bones are sold.

An estimated 800 farmed lions are slaughtered by trophy hunters every year in South Africa.

“Here in South Africa, where lions are indigenous and a massive part of our heritage, we are condemning thousands of lions to a life of captivity, where their basic needs are not being catered for, and we are subjecting what is globally known as the king of the animal kingdom to a pathetic life in a cage, waiting for death,” said Senior Inspector Douglas Wolhuter, manager of NSPCA’s Wildlife Protection Unit.

These magnificent animals suffer from birth for a gruesome, unethical industry which is kept afloat by wealthy trophy hunters from around the world.

Add your voice to stop the cruelty. Sign our petition to end trophy hunting in S. Africa for good.