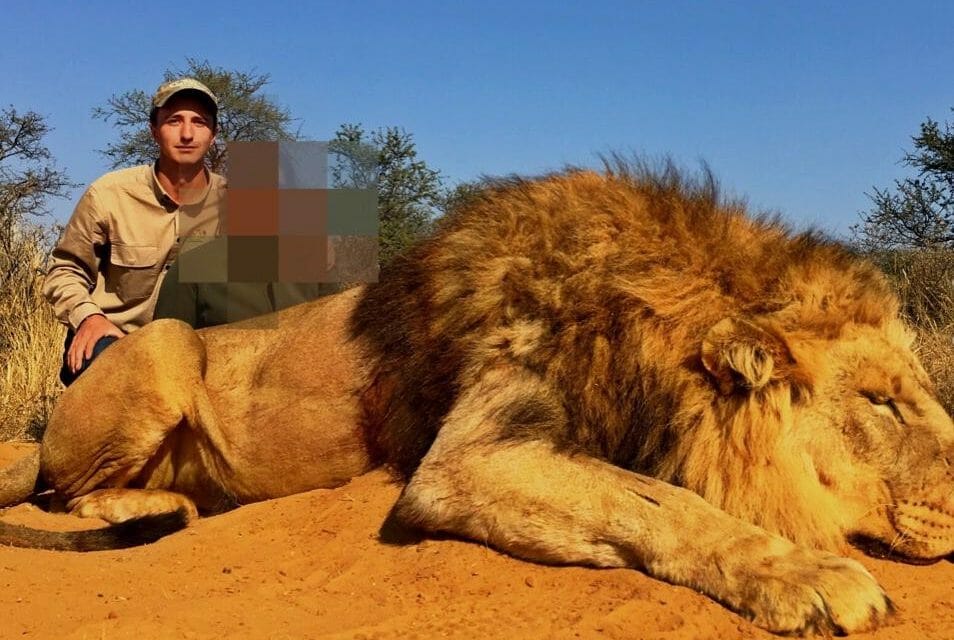 Alex Goss, who owns the Shropshire-based firm, posted several sickening photographs on the company’s website, picturing him with the innocent animals he and his guests have cruelly slaughtered. It is believed that the lions in the photographs were specifically bred in captivity to be mercilessly hunted down within fenced estates, leaving them with no chance of escape.

Throughout South Africa there are approximately 10,000 lions in more than 300 breeding and captive hunting centers.

Calling canned hunting “cowardly”, Eduardo Goncalves, founder of the Campaign to Ban Trophy Hunting, which exposed Blackthorn Safaris’s gruesome practices, explained how lion cubs are taken from their moms just hours after birth, then raised in captivity to be killed for “entertainment”.

“In the shocking world of trophy hunting, there is nothing more depraved than captive lion hunting,” he said. “For a British company apparently to be actively organizing captive lion hunts will make people sick to the stomach. The Government should ban the import of hunting trophies, help close the loophole in international law which lets hunters shoot endangered animals for “sport” and support moves to abolish all trophy hunting”.