At 24, This Abuse Survivor Is Now One of the World’s Oldest Dogs 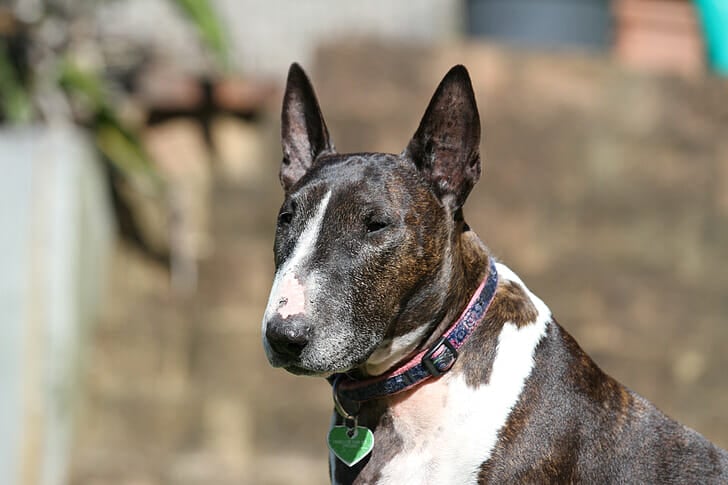 Maximum Bodacious, an English bull terrier and Staffordshire mix, is now one of the world’s oldest dogs, living to 24 years old after surviving a baseball bat attack as a puppy.

While the adored canine is living out his senior years with his loving guardians Lisa Hezzell and Rick Winter, he still faces challenges resulting from his previous abuse. Severely beaten as a pup, Maximum Bodacious doesn’t like hearing Yorkshire accents, which are similar to that of his abusers and trigger post traumatic stress symptoms. To keep him happy and stress-free, the couple is careful about where they take Maximum Bodacious, and they distract him with treats if he starts feeling nervous.

Hezzell and Winter adopted the bull terrier from a shelter after the RSPCA rescued him from his abuser’s backyard, where he suffered broken ribs and had been fed an acid-like substance.

“It meant he can’t bark, but he can squeal like a pig,” Hezzell told the Daily Mail. “They were able to reconstruct his face. When I first saw him he had a lot of hair missing, and no one had picked him because he looked so awful. But as soon as I saw him, I fell in love with him.”

The couple named him “Maximum” as a testament to his strength, adding “Bodacious” in honor of Hezzell’s favorite childhood movie, Bill & Ted’s Excellent Adventure. They hope to get him officially entered into the Guinness Book of World Records before their wedding next year.

This heartwarming story reminds us that even abused animals can go on to live long, fulfilling lives with just a little bit of love and caring.