VIDEO: 3 Mastiffs Rescued After Spending Over A Month in the Wilderness

Home » Animals » Animal Rescue » VIDEO: 3 Mastiffs Rescued After Spending Over A Month in the WildernessBy Katie Valentine | May 4, 2020

Hikers began noticing the dogs, who were most likely abandoned, in early March and alerted the Los Angeles Sheriff’s Department. Unfortunately, deputies were unsuccessful in their repeated attempts to safely capture them.

For several weeks, a volunteer team from nonprofit Dog Days Search and Rescue left food, water and shelter for the dogs. In the meantime, they constructed a large pen, which all three mastiffs eventually entered, allowing the team to save them from the wilderness.

Steve, George and Grace are receiving medical care at Dog Days Search and Rescue and will be available for adoption when they are ready to find loving forever homes. 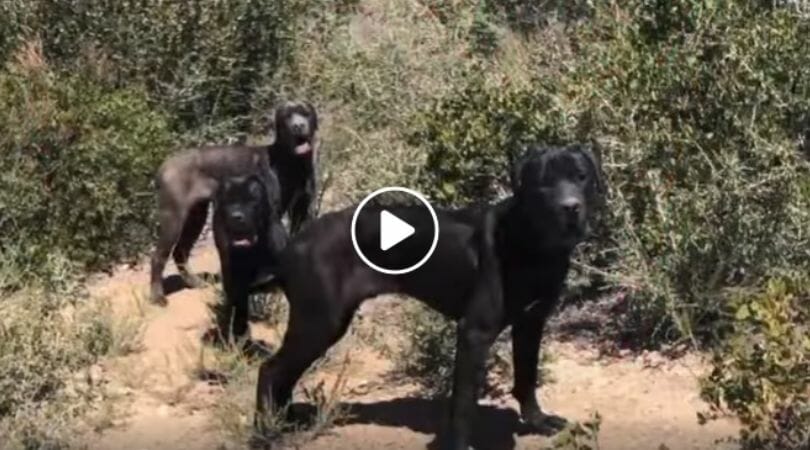