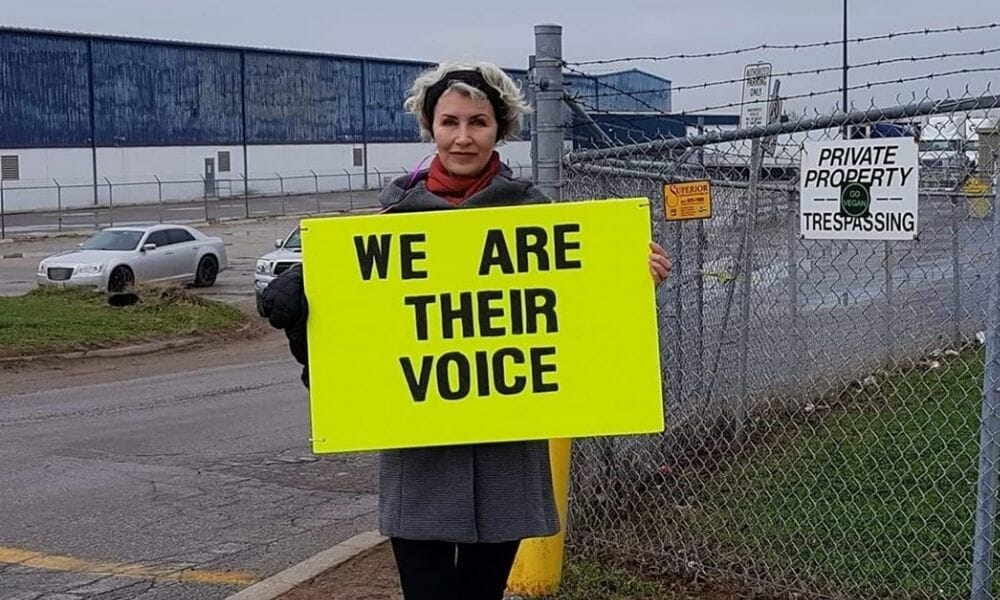 Over 60 worldwide vigils and memorials marked the one-year anniversary of the death of dedicated animal rights activist Regan Russell.

Numerous chapters of Animal Save Movement — a global network of activists that bears witness to pigs, cows, chickens, fish and other animals slaughtered for their flesh — hosted the “Global Vigil for Regan” events, which took place in the United States, Canada, Israel, New Zealand, India, Colombia, Australia, the Netherlands, and elsewhere.

Russell had fought for animal rights from 1979 until her death. She attended weekly vigils outside Fearman’s Pork in Burlington, Ontario, during which protesters said “goodbye” and gave much-needed water to suffering pigs en route to their slaughter.

A transport truck carrying pigs to slaughter fatally struck Russell last June 19 outside Fearman’s Pork, where the 65-year-old woman was stationed with dozens of other activists in defiance of Bill 156, an “ag-gag” law that attempted to ban protesters from interacting with farmed animals.

Widespread demands for justice remain unanswered by authorities, who have not filed criminal charges against the truck driver who hit Russell.

Since Russell’s death, thousands of supporters have memorialized her contributions to the animal rights movement and raised awareness of the circumstances surrounding her untimely demise. A documentary released last year, There Was a Killing, reflects on Russell’s decades-long fight for animals and takes a closer look at the disturbing events leading up to the tragedy.

Activists united once again on the anniversary of her death to keep Russell’s memory alive and to continue her important work saving pigs from the cruel factory farming industry.