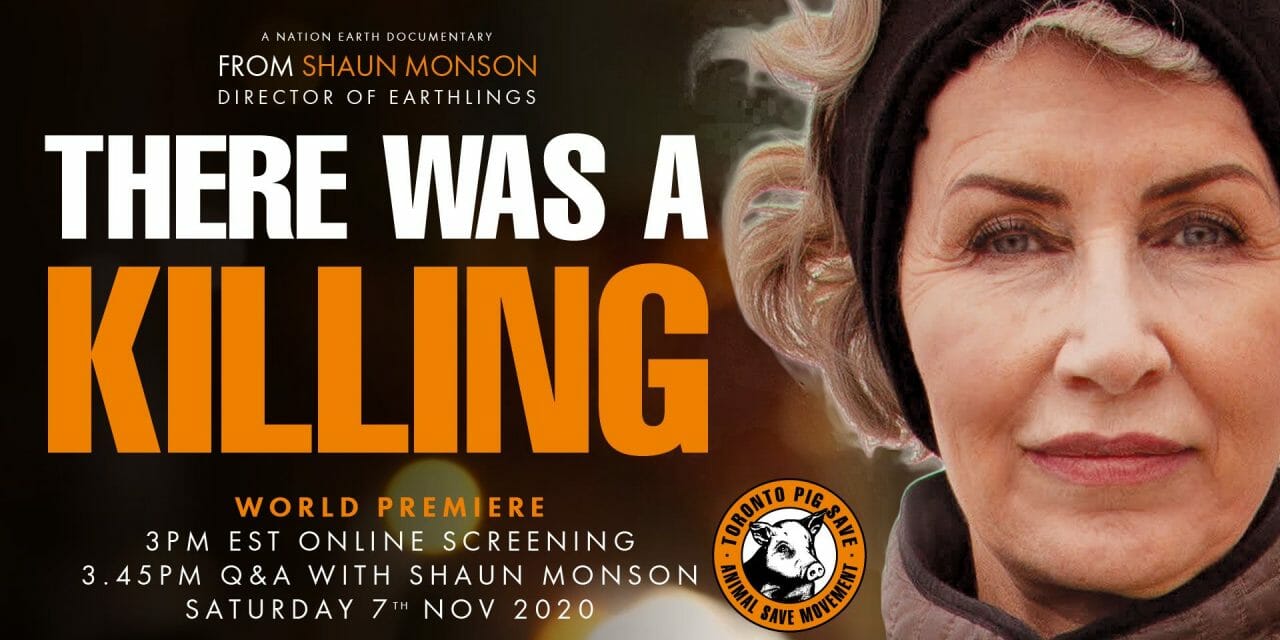 In June, Russell was hit by a pig transportation truck during a peaceful protest outside Fearman’s Pork in Burlington, Ontario. This tragedy led to no criminal charges.

Monson’s documentary, “There Was a Killing,” offers a closer look at events leading up to Russell’s disturbing death, with footage from that tragic day and interviews with her family. These insights are especially important because the police still haven’t released the details of their investigation, according to the Monson and Toronto Pig Save.

“As the world mourned one of Canada’s animal rights pioneers, I was curious to explore the story behind Regan’s death,” Monson told Lady Freethinker. “Having looked at the footage, some never-before-seen video, and given access to first-hand accounts — including Regan’s family — I couldn’t help but wonder if there was a cover-up, and corruption behind a new law that appeared to be a license to kill.”

Russell was protesting Ontario Bill 156 as part of a Toronto Pig Save vigil outside of a slaughterhouse. Considered an “ag-gag” bill, it criminalizes whistleblowing in animal agriculture, keeping animal cruelty and suffering hidden from the public.

People all over the world honored Russell’s dedication to animals. Academy Award-winning actor Joaquin Phoenix attended a vigil following her death, and two pigs were saved from a factory farm in her memory.

The 28-minute documentary premiered virtually via Animal Save Movement on November 7. Watch it free here.