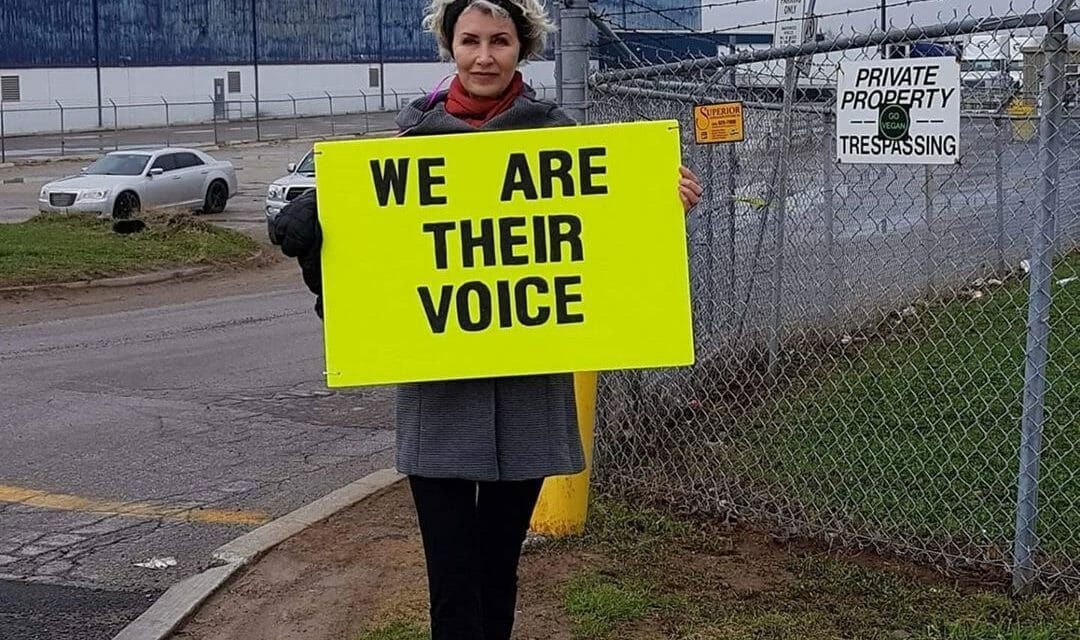 In a gross miscarriage of justice, the driver of a transport truck that fatally struck devoted animal rights activist Regan Russell during a peaceful protest outside a slaughterhouse in Burlington, Ontario only received a provincial offense — careless driving causing death under the Highway Traffic Act.

The Halton Regional Police released a statement attempting to justify the non-criminal charge, claiming that the collision was unintentional and does not constitute criminal activity.

“Losing Regan has been a terrible experience, and the lax charge in response to her death has only made that pain deeper,” Russell’s stepson, Joshua Powell, said in a press release. “Grief is now compounded by anger, frustration, and confusion. Our family is committed to revealing the truth in Regan’s death, and will be pursuing all avenues before us that work to that end.”

Russell tragically met her untimely end outside Fearman’s Pork on June 19 while protesting against the newly-imposed “ag-gag” Bill 156, which seeks to protect the agricultural industry from whistleblowers and activists by banning interaction between protesters and farmed animals.

“These charges are feeble and do not amount to justice for Regan,” said Animal Save Movement co-founder Anita Krajnc. “Enough is enough — how many more lives will be lost at the hands of Sofina and Fearmans before they agree to a safety policy? They’ve rejected these calls far too long and have Regan’s blood on their hands — we will not rest until Bill 156 is repealed.”

Krajnc’s statement echoes the widespread sentiment of activists, who are honoring Russell’s memory by campaigning against Bill 156, including Joaquin Phoenix, who attended a vigil in the activist’s honor earlier this month.

Lady Freethinker stands with Animal Save Movement in demanding that police release the footage of the incident for independent review.