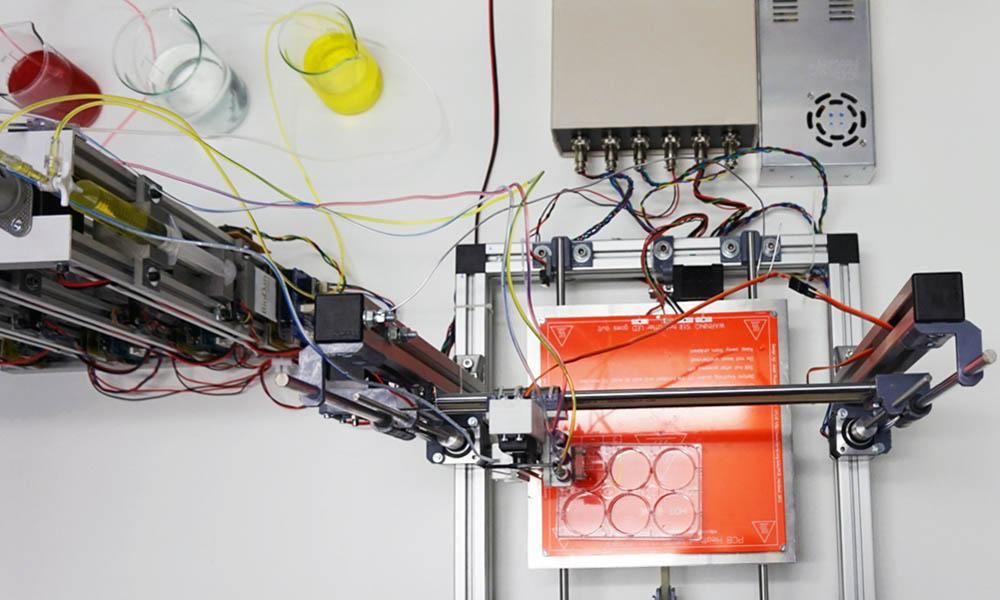 Carolina Catarino, a Brazilian scientist whose trials utilize 3D printed skin to advance cruelty-free research, just won the 2017 Lush Prize awarded for innovations in the fight against animal testing. While earning a Biomedical Engineering degree, Catarino had an internship at L’Oreal in Paris, where she worked with lab grown skin. Traditional animal tests begin with a piece of an animal, but the cells aren’t as complex as human skin cells, so Catarino’s goal is to create a more accurate model of human skin. She is also adding proteins (which sustain the skin), multiplying the cell quantity to observe how sunlight affects them, and increasing blood vessels that will help create skin grafts and can be utilized for regenerative medicine.

The most important part of Catarino’s work is that she incorporates hair follicle structures in the skin models. Most current tests can’t accurately determine what a substance will do when it enters the follicle holes. This is where 3D printing comes in. Catarino is able to place the cells precisely where she wants the bioinks (cells and other biologics in a pattern mimicking living tissues and organs) that contain the scaffold and cells to create the follicle structures.

Human skin produced by a 3D printer also has potentially life-changing medical uses for burn victims and people with scars. Catarino’s work, which improves a research model, illustrates that 3D printers are catapulting scientific studies into a new era – one in which animal testing is a thing of the past. Vive la science!