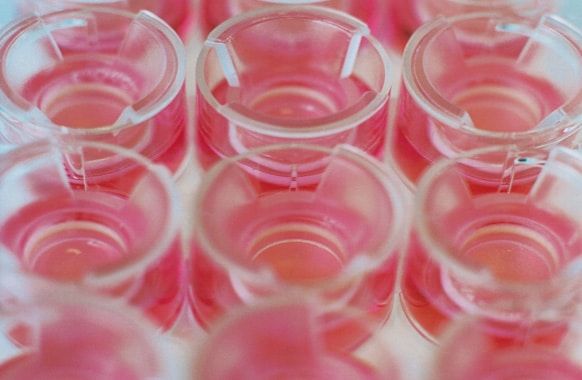 Their EpiSkin provides a tangible way to test products without torturing animals. This is good news for people, too — synthetically engineered human skin tests are more reliable than those performed on other species.

In animal cosmetics tests, innocent rabbits, dogs, monkeys and other animals are imprisoned in laboratories where they are exposed to high doses of toxic chemicals. Scientists can do anything they want to their victims without so much as administering painkillers. This skin-growing technology will spare animals the agony of at least some types of tests.

EpiSkin is made of human skin cells from donated surgical waste from circumcisions and cosmetic surgery. The cells are mixed with collagen gel, water, sugar, and amino acids. The new tissue is approximately the size of a dime, and aging is simulated via ultraviolet light.

L’Oreal’s Predictive Evaluation Center in Lyon, France has been growing and testing human skin tissue since 2011, and has grown over 100,000 human skin tissue models. Hundreds of ingredients and products have been tested with the laboratory-grown human skin.

Not only is producing skin an impressive technology that will emancipate animals from cruel laboratory skin tests, it is also a new revenue stream. L’Oreal can sell the manufactured skin to other cosmetic companies, household and chemical product makers, and pharmaceutical companies that also need to test their products.

EpiSkin’s major competitor is MarTek’s EpiDerm. MarTek makes the equivalent of two adult humans’ skins per week (sounds very Silence of the Lambs). Grown in a petri dish, EpiDerm is sold in packages of 24 tissues for $1,000. Ending the torture and suffering of animals has turned out to be quite profitable.

Now that skin can be grown, scientists will work toward building organs like livers, brains, kidneys, and more. This promising technology is so advanced that it seems like science fiction. Using synthesized organs means scientists will no longer need to infect animals with diseases, induce tumors, blind them, and torture the animals in other heinous ways, only to kill them after the experiment is complete.

Thankfully, over 30 countries are no longer testing cosmetics on animals. The Humane Cosmetics Act aims to eliminate animal testing by companies in the United States, but has yet to see a vote in Congress.