300+ Animals Abandoned in Afghanistan Have Now Been Safely Evacuated 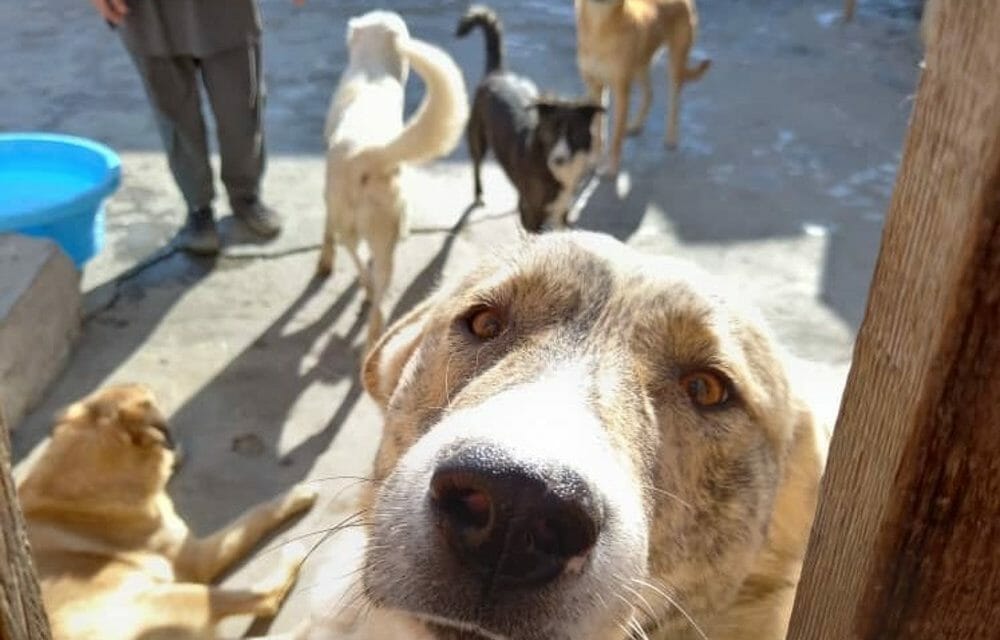 After months of countless logistical hold-ups and nerve-shredding uncertainty,  more than 300 dogs and cats abandoned in Afghanistan during the withdrawal of U.S. troops have safely evacuated from Kabul International Airport to Vancouver, Canada.

The animals traveled for three days before arriving in Vancouver, making stops in Turkey and Iceland for handlers to clean crates and give much needed cuddles. The plane’s flight path was rerouted at the last minute due to the growing crisis between Russia and Ukraine.

The rescue efforts actually started months ago, when hundreds of dogs and cats were left behind in Afghanistan in the days leading up to the final U.S. troop withdrawal. Kabul Small Animal Rescue (KSAR) took in as many of these pets as they could, with some brought in by distraught guardians and others found wandering the city’s chaotic streets.

KSAR said staff worked around the clock and tapped every possible resource to evacuate the country. Yet skyrocketing flight costs, cargo restrictions, a fluid security situation at the airport, and ever-changing permit requirements thwarted those efforts. Although the group said they reportedly obtained space on a cargo plane and paid for the animals’ safe passage to the United States, the U.S. Department of Defense reportedly blocked their access to evacuation flights at the eleventh hour and ordered the release of all animals at the airport, according to KSAR.

“We are thrilled to report that the animals have arrived safely in Vancouver, Canada, and are enjoying some well-deserved rest after their long journey,” said Lori Kalef, the director of programs at SPCA International.

Local groups have set up a temporary 17,000-square-foot veterinary facility at the Vancouver airport to spay, neuter, and otherwise care for the animals until they are cleared to be moved to other shelters. About 80 will be returned to their original guardians, many of whom were embassy staff, while the others will be available for adoption.

Lady Freethinker thanks the more than 43,000 people who signed our petition urging U.S. authorities to allow rescue groups to evacuate their animals and also to the many rescue groups who tirelessly worked to ensure that these innocent animals can now continue to live their lives in peace.