In what could have been a tragedy, Thap Lan National Park rangers in Thailand came across six baby elephants stranded in a pit of mud.

Unable to scramble up the slippery sides, the elephants struggled and fell while trying to escape. The babies’ families and herd members circled the area, unwilling to leave the little ones.

Rescuers spent five hours digging a path large and stable enough for the babies to climb. Finally, the elephants were able to emerge from the pond and disappear into the jungle to reunite with their herd. As the last of the rescued babes retreated into the forest, they stopped and turned around to gaze on the rescuers. Whether she was simply acknowledging their presence or offering a silent thank you, we can only guess.

Elephants live close, social lives. Losing a member of the herd is not taken lightly and elephants are known to grieve. We can only imagine how devastating losing multiple calves would be. Though it is unknown how many hours the elephants spent in the pit before the rangers arrived, the concerned herd never abandoned the babies. 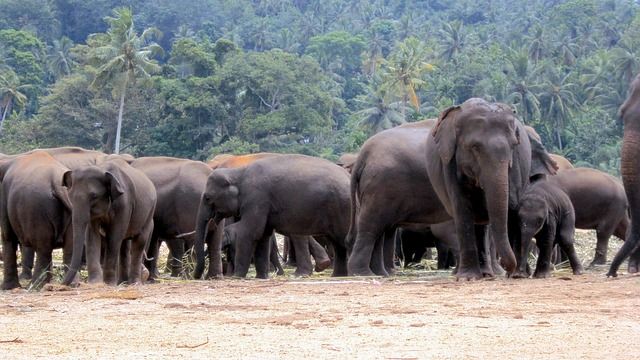 Wild elephants were once abundant in Thailand and surrounding areas of Southeast Asia. But populations have plummeted due to their use in the logging and tourism industries. Once numbering in the hundreds of thousands, it is estimated that only a few thousand wild elephants remain. Around 4,000 more are held captive.

Habitat loss also plays a huge role in the stress these animals face. Once mostly jungle, Thailand now supports cities, large swaths of agricultural land, and the roads and rail lines that connect these places. Wild elephants no longer have access to the land and food sources they once roamed. Interactions and altercations with humans are more and more common. 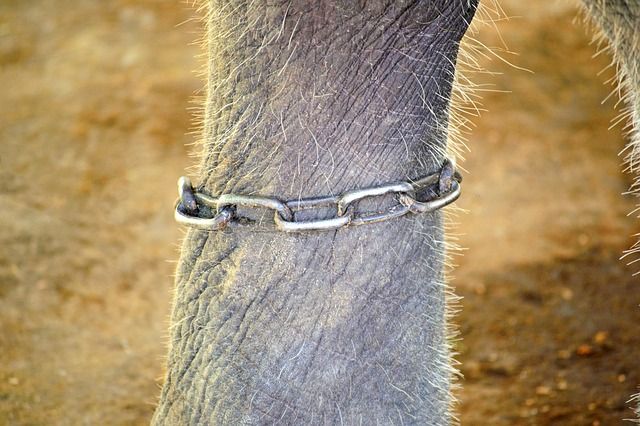 Progress has been made in the efforts to curtail the illegal trade in ivory, affecting elephants in Africa as well as Asia. The suffering of animals forced into servitude in Thailand is not as well known. You can help these animals by spreading the word not to take elephant rides. And you can share stories like this one to increase awareness of just how smart and sensitive these animals are.