For Days, Elephants Refuse to Leave the Side of A Dead Baby 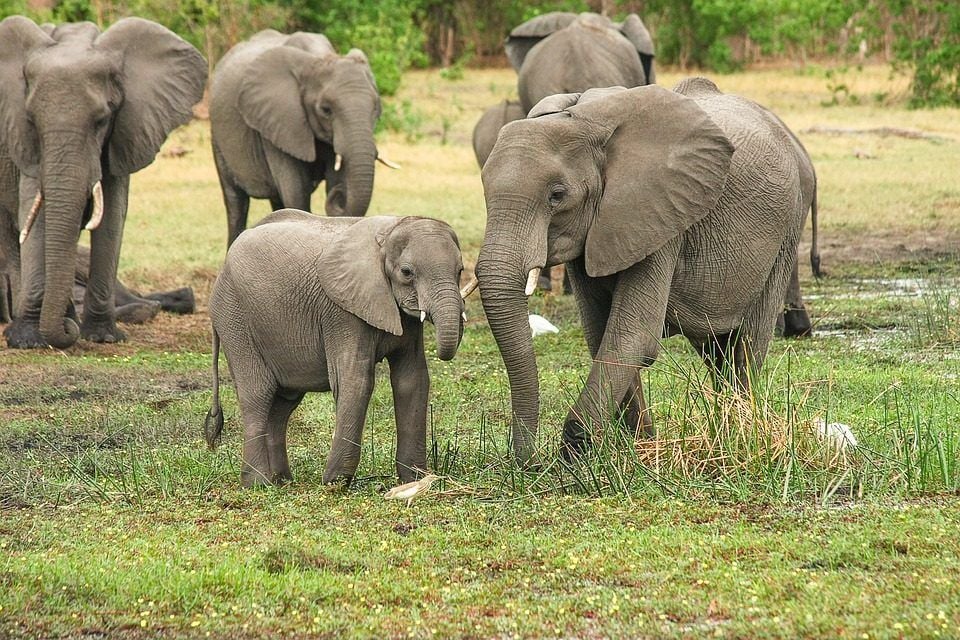 Following the death of a baby elephant in Sakleshpur, India Wednesday, a herd of 12 elephants remained by the fallen calf, mourning the loss of one on their own day after day.

The grieving mother dragged the body of her baby for one kilometer into the forest and by Friday had not left the carcass; her herd lingered nearby for comfort.

Officials from the Forest Department decided to bide their time, waiting until the herd finish their mourning period and move on before stepping in to conduct a post-mortem to determine the cause of death.

“If we make an effort to take away the carcass, the herd may go violent. We will wait till the herd leaves the place,” said Sivaram Babu, deputy conservator of forests.

Elephants have deeply emotional bonds within their herds and it is well-documented that they mourn for lost members in a complex way which experts don’t yet fully understand.

Although the death of the calf is presumed to be from natural causes, there is a long history of human-elephant conflict in the town of Sakleshpur. Elephants have caused the death of 46 people in the region in the last 16 years and at least seven elephants have died as a result of electrocution from elephant-proof fences. In June this year, two calves were killed after being hit by a train, while in August, a woman was trampled to death by an elephant near her village in the region while grazing her cows in a field.

Locals do not go out at night and are afraid to walk alone during the day. They are calling on the government to find solutions for the ongoing problems, suggesting that the elephants should be relocated. A number of residents have offered to give up their land — an area of 2,300 acres — to provide an elephant corridor, but others are not willing to contribute, with many smallholders totally reliant on their farms for income.

The incidences of conflict began to escalate in the 1960’s, when the creation of the Hemavathi reservoir resulted in 22,000 acres of land being transformed into water, drastically reducing the natural habitat of the elephants. Since then, development of roads and railway tracks have further cut into their habitat.

There have been several relocation attempts, but none were overly successful, with many of the relocated elephants returning to their territories within weeks.

While this herd grieves over a dead baby, this will almost certainly not be the last elephant death in Sakleshpur. As with elephant habitats worldwide, these majestic, emotional animals are running out of places to live, and when it comes to a battle between man and beast, elephants have little chance of survival.