Versace Halts Use of Kangaroo Leather Amid Australian Bush Fires 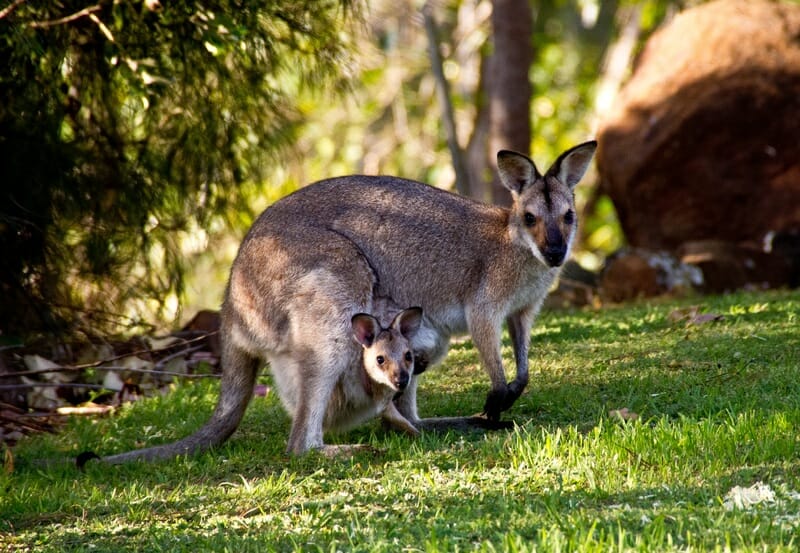 The company decided to stop creating products with kangaroo hide last year but refrained from making a press release about it. The public remained largely unaware of the decision until earlier this month.

“We can confirm that there will be a complete stop to the use of kangaroo leather,” a Versace spokesperson verified to the Telegraph.

The billions of animals lost to the wildfires did not directly influence Versace’s new policy; the decision followed an autumn 2019 animal rights campaign against the annual culling of wild kangaroos. During the campaign, activists called on Italian fashion companies to stop killing kangaroos for their hides.

Animal rights advocates and organizations are praising the change, which comes two years after the company’s decision to no longer use real fur in its products.

“Good on ya, Versace!” said PETA Senior Vice President Dan Mathews. “Kangaroos are slaughtered by the millions every year, and their skins are often used for football boots and other footwear.”

“It’s an important gesture,” said Simone Pavesi of the Italian welfare organization LAV, “no more so than now when the bush fires devastating Australia are having such dramatic consequences on kangaroo populations.”

As animal cruelty is exposed with increasing frequency, fashion companies are starting to recognize that death and fashion don’t need to be linked.

Lady Freethinker couldn’t agree more, and urges Versace to end the use of ALL animal skins in their line.