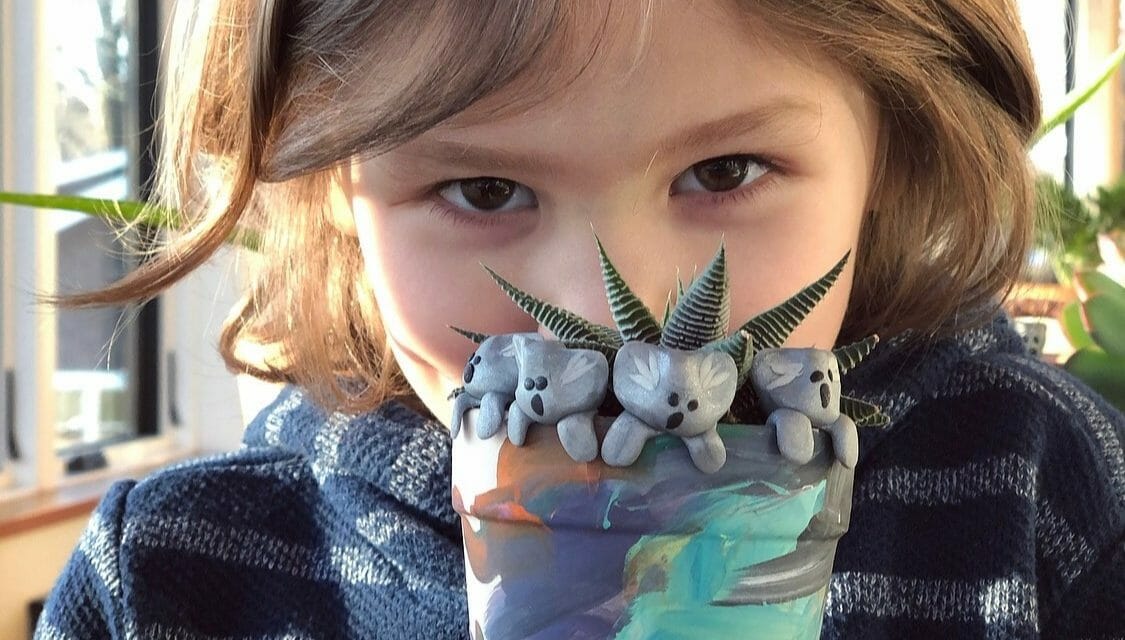 When six-year-old Owen Colley learned about the devastating Australian bushfires and the tragic damage done to the animal populations, he decided to make handmade clay koalas to aid in the relief effort. With the help of his mom, Caitlin Colley, he has since raised over $250,000.

The mother-son duo from Hingham, Mass., are raising funds through GoFundMe and thanking as many donors as possible for their generosity with clay koala figurines. Proceeds go to the New South Wales-based wildlife rescue organization Wildlife Rescue South Coast.

In addition to raising much-needed money for animals impacted by the wildfires, Owen hopes to educate people about Australian wildlife. These causes are deeply meaningful to the little boy, who spent part of his childhood living there.

After learning about the wildfires, Owen drew a picture of a kangaroo, koala, and dingo in the rain, telling his mother the artwork represents his wish for Australia. Incredibly touched by her son’s heartfelt gesture, Owen’s mom helped him brainstorm ways to help, and they ultimately decided to offer clay koalas as “thank you” gifts for donations of $50 or more.

What Owen’s mom initially thought would be a modest campaign started out as an Instagram post with a $1,000 fundraising goal. Within a week, Owen’s efforts raised an astounding $20,000, and as donations continued pouring in, the family launched their GoFundMe page.

The fundraiser became so popular that Owen and his mom struggled to make enough clay figurines, even after purchasing all the available clay within a 20-mile radius. They recently announced that after January 19, they will no longer be able to thank donors with clay koalas but are grateful for everyone who has pitched in to the campaign and still happily welcome donations.

“Thank you ALL for helping a little boy do a BIG thing,” the family wrote on their GoFundMe page. “Owen wishes he could send a clay koala to everyone in the world!”

The kindergartner’s impressive accomplishments remind us that when it comes to rescuing wildlife, everyone has the power to make a difference.