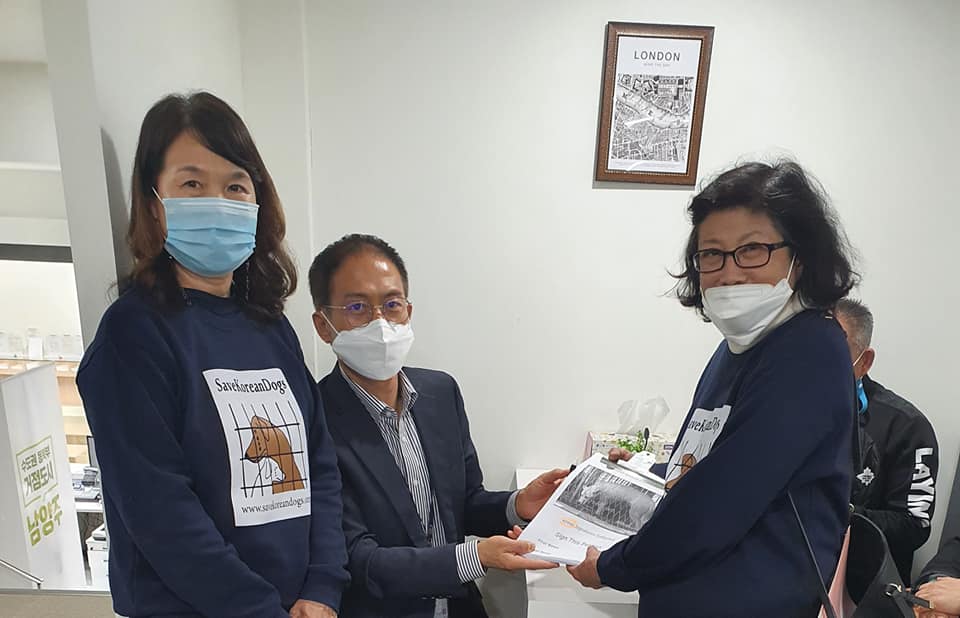 Lady Freethinker (LFT) deeply thanks our compassionate supporters who signed the petition to shut down South Korea’s cruel Nakwon dog meat auction house. The petition exceeded our goal of 40,000 signatures and is now in the hands of local officials.

Representatives from LFT’s local partner, Save Korean Dogs, hand-delivered the petition to the office of Mayor Cho Kwang-Han in the city of Namyangju, where Nakwon is located.

Likely the largest remaining dog meat auction house in the country, Nakwon advertises itself as a breeding facility. The illegal operation was exposed as part of an LFT undercover investigation.

LFT discovered that in less than a few hours, auctioneers sell more than 200 dogs. At least 1,200 dogs are auctioned off at Nakwon every month.

These helpless animals are likely slaughtered for meat or bred to continue the senseless cycle of dog meat breeding.

Armed with LFT’s footage, Save Korean Dogs discussed Namyangju’s animal cruelty with the city’s agricultural department as well as the mayor’s secretary.

Founder Nami Kim previously filed countless complaints against its operations to no avail. She staged a protest outside of Namyangju City Hall to call for the auction house’s closure.

There is still time to save innocent dogs from Nakwon. Sign LFT’s petition urging Mayor Cho Kwang-Han to shut down this cruel dog meat auction house for good.